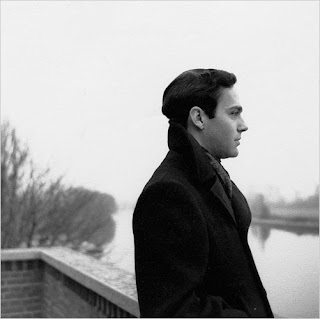 AN ATTACK OF THE HEART
by Douglas Messerli

Unfortunately, Price never lived to see the honesty of my statement. He died early this year on January 20th. Immediately I determined to write something. But the only book I had previously read, A Long and Happy Life, was in the mid-1960s, a few years after it was published in 1962. I would have been happy to reread it, but our local Beverly Hills Library did not own a copy. So I chose, instead, a fiction from Reynolds' mid-career, coming after some of his better known works, A Generous Man, The Surface of Earth, and Kate Vaiden and before his completion of his Great Circle trilogy.

Accordingly, I'm not sure that this book is truly representative of Price's work, but it does seem honest and somewhat autobiographically based, or, perhaps, I should say it seems largely authentic, filled with the detail of a 1954 boys' camp in the North Carolina Smoky Mountains, where the 21 year-old "hero," Bridge Boatner, takes on the responsibilities of caring for several rowdy boys, living in large room in a summer camp. In that sense, Price's fiction might almost be read as an all-male version of his mentor, Eudora Welty's long story, "Moon Lake."

My eyes tear freely at the least intensification of gladness,
almost never at anger or grief. I fog up for instance at TV
commercials that advertise long-distance phone calls—sons
calling their mothers who drown in tears.