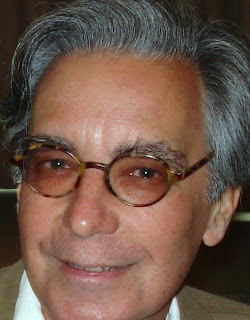 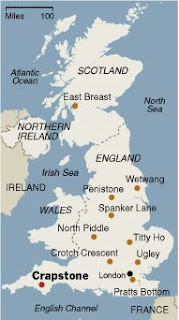 This is the first volume of Tom La Farge's promised 13-volume series on structures for writing, which he describes as "writhing," "writing with a difference," as if the activity were something accomplished with a coiling snake in hands or through a discharge of electrical energy. Certainly the kind of "writhing" La Farge speaks of—writing with constraints, arbitrary rules "imposed upon composition that drive you to say what you had not thought of saying in ways you would not have chosen to say it"—in its formal and often comical Oulipian twists, bends, and folds—requires a mastery of language and an artistry that allows one to give oneself up to the possibilities and accidents produced through the form itself.
In Administrative Assemblages La Farge explores several larger systems of arrangement: "Lists and Catalogs," "Memory Arrangements," "Full Disclosure," "Invisible Libraries," "Classifications," "Timelines," "Map & Gazetteer," and "The Composite Portrait," and suggests some methods of composing in each of these categories. These systems, based primarily on methods attempted by members of the Oulipo writers, offer up new possibilities of how to write; and La Farge's clear and concise descriptions, along with his list of methods, if nothing else, should well serve creative writing classrooms from here to eternity, particularly when he has completed all 13 volumes (forthcoming pamphlets will consider Dictionary Drives, Permutants & Recombinants, Visual/Verbal Hybridizers, Decryptions & Reëncryptions, and Homomorphic Converters).
That is not to say that every form will appeal equally to all. While I am a born list maker, I find the kinds of listings La Farge mentions—shopping lists, the lists of Walt Whitman, and even the lists of the American Oulipo-influenced author Gilbert Sorrentino (whom La Farge does not list), often as mindless narratives that demonstrate a lack of connection and complexity—things I seek in fiction. Similarly, although the "Memory Arrangements" of books such as Joe Brainard's I Remember are often charming to read, I think of them as literature "lite."
More interesting, it seems to me, are the formulations of Marcel Bénabou's patterns of "Perhaps you ... Not me," or "Me too."

Perhaps you like the records of Lawrence Welk. Not me.

Of far more interest are the constraints of "Formal Disclosure," which often use official-seeming forms as guides to creative composition. La Farge points the works of J. G. Ballard, who "uses physical structures that assemble a social reality in order to shape his fictions." For example, Ballard's 1975 High-Rise "uses the stratified sociology of an apartment building as the basis for a story of class war in a disaster scenario prompted by the failure of the complex systems on which such buildings rely." In my own condominium building it would be fascinating, I suspect, to explore the radical differences between the numerous older Jewish couples, the younger Korean families, and new Russian immigrants, along with the several gay couples that make up the majority of units.
My companion Howard would adore La Farge's "Invisible Libraries" systems, in which, for example, he suggests amalgam-books such as Crime and Prejudice or The Bleak Doll's Heartbreak House. Howard is always spouting such titles as Death of a Venice Salesman and The Color of Purple Summer.
Of equal interest is La Farge's discussion of "Classifications," works which deal with issues of classification such as "kinship systems," or "inheritance patterns." In Jorge Luis Borges's "The Analytical Language of John Wilkins," the author explores that founder of the British Royal Society's attempt to create an ideal language by dividing the universe into forty classes, a systemization that quickly falls into a kind of absurdity that is ridiculously poetic.
Whenever I think of "Timelines" I am reminded of Harry Mathews's brilliant experiment in My Life in CIA, where, pretending to be a travel guide, he lectures on a possible trip through the USSR using several systematic rules: 1) They should only take trains and buses whose departure times read the same right to left as they did left to right; 2) For every departure, a return must be assured that strictly obeys rule one.
"Map and Gazetteer" forms more directly involve the visual artist in presenting various allegorical travel routes and comic maps based upon the outlines of countries coinciding with what La Farge describes as "an agglomeration of national caricatures." But, of course, there are verbal gazetteers, an example of which was recently presented in the New York Times, a map of Britain showing only towns with profane sounding names such as Crapstone, Penistone, East Breast, Pratts Bottom, Titty Ho, Crotch Crescent, etc.
Similarly, visual artists are at the center of La Farge's discussion of "The Composite Portrait," particularly by the painter Nicolas de Larmessin, who created portraits representing human figures made up of the things of which they were associated, such as his "Librarian," a man made up of books, or his "Musician," a man wearing various musical instruments. I once used just such a portrait of individuals in my fiction Letters from Hanusse using 19th-century phrenological systems that depended upon the bumps and fissures in the skull to determine the moral condition of the individuals to characterize the people of my mythical country Hanusse.
In short, La Farge's 13 Writhing Machines, given the contents of this first volume, promises not only to be an utterly entertaining presentation of various formal systems of literary writing, but an illustrative example of how to get writers, young and old, to experiment with new and empowering systems outside the scope of realist psychological narrative. We have long needed such a thorough discussion of such works, and perhaps in the 21st century our younger authors can go forward from these with an exciting energy of new possibilities.

____
Tom La Farge is the author of several books of fiction, including The Crimson Bears, A Hundred Doors, and Terror of Earth (all three published by Sun & Moon Press) and Zuntig (Green Integer). He lives with his wife, the author Wendy Walker, in Brooklyn, New York.