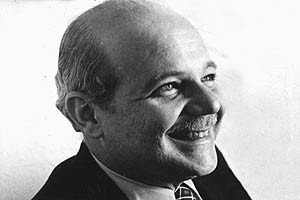 Osman Lins
Pastoral
Translated from the Portuguese by Adria Frizzi

____
Born in 1924 in Pernambuco state in northeastern Brazil, Osman Lins was one of the most innovative writers of contemporary Brazilian writers. Among his notable books are Nine, Novena, where the above story was published, Avalovara (1973), and The Queen of the Prisons of Greece (1976). Nine, Novena will be published by Green Integer in late 2009. Lins died in 1978.