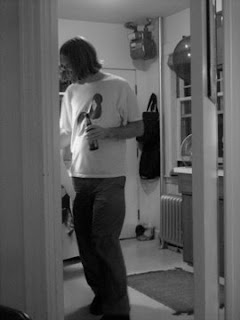 I got older. Urged to mark the process, I produced a series of lists.

Cultural products. The telephone, the photocopier. Everything is stockpiled and retained.
Characters appear and reappear, seeming to want something.

Arbogast, in the back of the bus, working a Rubik’s Cube.

A time of declining occupational employment. Technological advances, changes in business practices. What can loosely be called “factors.”

After midnight, at Denny’s. Glyph drawn on the back of placemat.

Media companies begin to differentiate between the raw number of viewers and the number of “engaged” viewers.

Arbogast claimed to detest what he called “sentimental shit.” When pressed for details, he clarified: “The idea that people are basically generous. Photos of children.”
Artistic question: something about narrative. Narratology, if you prefer. Something about meshing and diverging.

Agent-based schemas. The idea that a person could be said to possess a cluster of several default “person-like” features. Usually people do not appreciate being taken apart.

Walking in the morning, he watched joggers with serene faces. Thought to himself that this is what Buddhists fleeing disaster might look like.

Eleanor wishes that her party guests would stop using the phrase “white trash.”

Donald wishes that he could seduce his ex, Rachael, only to have the opportunity to later reject her.

Salvador rolls bitter coffee around in his mouth and examines the canvas. Frowning at a particular blue bit.

Three songs from the party playlist: “Let’s Talk About Sex,” “Bust A Move,” “Funky Cold Medina.” The most recent of these is from 1991.

Motel sign: FREE HIGH SPEED INTERNET / GOD BLESS AMERICA. An easy irony in that juxtaposition, recognized by both travelers, but neither one points it out. Later that day, a graffiti in the bathroom at the gas station: NIKE / JEWS. This juxtaposition, more cryptic, is the one they discuss, as they continue heading west.

Metal shed at the edge of the swamp. Knee-high rubber boots stacked on the floor, a heap of flabby shapes, vaguely evocative of sausage. Louis nearby, somewhere, invisible, but close enough that you can hear it when he curses. An outboard motor’s thin sputter.

My friend the network admin claims to have spent at least one year of his life simply watching progress bars creep towards completion.

On the underside of the branch: two snails.

A line in Wodehouse: one character accuses another of posing as an artist as a way to justify a life of idleness. It’s a brief moment in the story, but once R. has read it he finds himself reflecting upon it for weeks afterwards, moving through one used bookstore. The story’s conclusion: the artist character gives up painting, but embarks on a career drawing comic strips for the “Sunday color supplement.”

Harold is studying the structures of foam. In 1887 Lord Kelvin remarked that foam solves the question of the minimal partitioning of space into equal volumes. At Eleanor’s party, when asked to explain his work, Harold drew, again, on examples that the listener could imagine if she had ever spent time in a bubble bath.

Artistic question: what to do with 100 ping-pong paddles? Obtained for a pittance at a warehouse clearance auction. There must be a project into which they can be deployed. Rachael imagines wheatpasting reproductions of celebrity faces on the paddle surface(s), then drilling through the eyes, effectively creating a set of masquerade masks. She imagines throwing a ball and distributing them at the door.

Salvador dabs at the edge of blue bit with a turpentined sponge, observing the effects.

The Virgin River Gorge, located between Utah and Arizona, might be an ideal place to hide out and set up a long-term living camp, far from any human being.

Slideshow on the topic of patricide.

Note to self: it is the writer who defines the scope of the narrative universe. But it is the reader who determines whether they are willing to accept a particular series of statements as a story.

Donald coaxes her. Again and again. “It’s OK,” he says. “It’s OK.” An easy thing to say, when there’s no one there to observe exactly what it is you’re doing.

A trajectory. A gaze. Something difficult in the figuring. Forgotten bit of the painting, some text shows through. A single word.

Jeremy P. Bushnell’s writing has appeared in many small journals, has received an Individual Artist Grant from the City of Chicago, and has been adapted for Chicago Public Radio. He currently lives and works in the Greater Boston Area. In his spare time he writes on film, music, and narrative at his blog, Raccoon.
Posted by greenintegerblog at 8:42 AM