Ken Edwards | Us and them 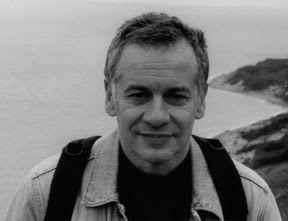 Ken Edwards
Us and them

Born in Gibraltar in 1950, poet, editor, writer, and musician Ken Edwards has lived in England since 1968. His poetry was associated, with the "British Poetry Revival" includes Good Science and No Public Language: Selected Poems. He also has edited several books, including the journal Reality Studios; he currently edits the literary press Reality Street.
Posted by Douglas Messerli at 9:16 AM