Between Fire and Ice (on Jens Bjorneboe's Powderhouse) 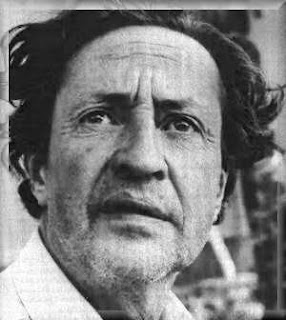 Set in an asylum for the criminally insane, Powderhouse—the second volume of Norwegian novelist Jens Bjøneboe’s History of Bestiality series—begins with all indications that this work, like several of his others, will be ideologically driven. Indeed, the narrator threatens a lecture in the first chapter, and, in retrospect, the reader perceives the structure of the book to be centered around three such lectures: the first devoted to the Church’s persecution of heretics and witches, the second focusing on the methods and lifestyle of public executioners, and the third on the motivations of heretics and others who are publicly punished. For all of its didactic impulses, however, Powderhouse is perhaps Bjørneboe’s most emotionally-charged and forgiving work, and, at least in my opinion—as opposed to what Gary Kern has described as one of a series of “great failures”—is a complete success, a study of human evil that has the potential to transform all but the most doctrinaire of its readers.
The highly unorthodox treatment of Lefevre’s patients results in a murder and possible closure of his institution. But from the vantage point of the work’s narrator, Jean (self-proclaimed “caretaker” and possible patient himself), Lefevre's methods nurture a sense of humanness and peacefulness among these madmen and women that is closer to sanity than the world outside as presented in the horrible series of historical events outlined in the lectures. Against the backdrop of human atrocities recounted by Bjørneboe’s lecturers, the petty emotional explosions and occasional violence of the “Powderhouse” represent an almost utopian world where love and respect for one another prevail. Particularly powerful in their expression of human behavior at the opposite pole from the horrible histories described in this work are Jean’s nightly encounters with nature and his sexual activities with the nurse Christine.
All this is not to say that Bjørneboe’s fiction is an “easy” read. The book’s recurring depictions of human barbarity are as painful to endure as in any fiction I’ve read. But between the fire below and the ice above—the metaphors of human behavior that dominate this work—Bjørneboe proffers, through his narrator, enough hope to imagine alternatives to the horror of what we know is human history.
Posted by Douglas Messerli at 8:04 AM