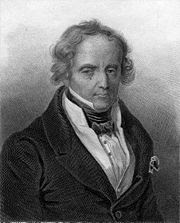 It is indubitable (I have seized on the word “indubitable” because I don’t like writers (and I’ve known plenty) who advance timidly and in a doubtful manner (employing a method designed to discourage the reader) the thoughts they want to expound) so that the invention of parentheses (assuming one ignores any obligation to acknowledge (as is the case with all sublime inventions) their true creator, one who (unhappily) has fallen into neglect for some time now) must be considered one of those singular discoveries (alas, how rare) whose existence does honor to the human race.

As long as there are men of genius who write (and that which I am going to say also happens (which (being said without vanity) is the advantage of parentheses) to those who write without having (this being taken for granted in genius) ideas which present themselves in throngs and one often loses the most beautiful among them (such a pity) by singlemindedly following (a bad method as anyone who’s tried it knows) a subject which (if you omit the parentheses) soon takes on (things being what they are) an insupportable dryness. And all this on account of a prejudice (because men of genius have as many as (if not more than) anyone else) which holds in favor (however inappropriately) a laconic style which (between us) is an obvious proof of sterility. By means of parentheses (this is their beautiful side) all thoughts (albeit without sticking strictly to the subject at hand) are sharpened (if one places them appropriately) to the level of precision which all writers must demand of themselves, if they first (though all too often carelessly) are tossed left and right inside parentheses, and form a whole which reunites (by means of this most extraordinary prerogative) the squabbling siblings Abundance and Clarity.

Just as the Nile (what a noble analogy!) disdainfully watches itself overrun by lesser tributaries (and no criticism is intended by this (given that there exist greater numbers of them than the insects on the Nile’s banks) and, after all, it would be imprudent to attach blame, even now) and leaps out of bed all at once to cover the whole of Egypt (which, parenthetically, is fertilized by it), this analogy offers indubitable proof (and the word “indubitable” is in no way (as these references to the Nile have shown) advanced timidly) of the astonishing usefulness of parentheses and of the clear profit to be gained from putting them back in fashion (and watching them spread in a floodtide of enthusiasm), as is bound to happen as soon as this parenthetical digression becomes widely known.

_____
English language translation ©2010 by Gilbert Alter-Gilbert.
Born in 1763, De Maistre lived primarily as a military man, but he also wrote books in French. Among his most noted writings was Voyage Around My Room.
Posted by Douglas Messerli at 8:20 AM