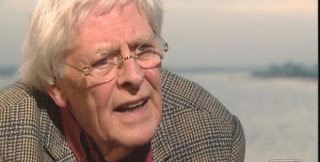 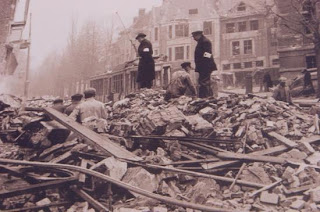 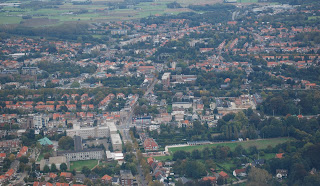 THE CRY
by Douglas Messerli

Born in Mortsel, Belgium to a Flemish family, Henri Ceuppens begin writing, with the pseudonym Ivo Michiels, in 1946 with the book of poetry Begrendse verten. His second publication the following year, Daar tegenover, was also poetry, but the same year he wrote a novella, Zo, ga dan, which begin a career fiction, essay, and film. At the age of 88, the author has produced some 39 books, and won major literary awards in Belgium, including the Arkprijs van het Vrije Woord (1958), the Belgische Staatsprijs voor Verhalend Proze (1977), and the Prijs van de Vlaamse Gemeenschap (1993).

In 1963, Michiels wrote the first volume, Het boek Alfa, of his De Alfa-Cyclus, a series of 4 1/2 books including Orchis militaris (1968), Exit (1972), Samuel, o Samuel (1973, the book he describes as no. 3 1/2, and Dixi(t) (1981). Along with his other writings, these books highly influenced several generations of younger Flemish writings, encouraging them to explore highly experimental forms, and to focus, as Michiels does, on more poetic tropes that fiction usually displays.

During World War II, Michiels served as a nurse in a hospital in Lübeck, Germany, experiences that play a great part in The Alpha-Cycle. The entire work is an outcry against violence, while the events of the fictions take us through the war and back through the pre-war-time experiences of the narrative voices that reveal the likely roots of the war existed in the culture previous to the outburst of destruction.*

In the same way that Beckett's writing is often described as a response to World War II, so are Michiels' works determined by the shattering war which tore apart Belgium not only through the German invasions, but through the various pro-German, pro-Allied battles within various Flemish communities. Like Beckett, Michiels uses numerous poetic devices to tell his stories, most notably repetition, recapitulation, litanies, and antiphons. The time-sense of most of his fictions are indeterminate, as events bring to mind other experiences in the near-present and past, which, in turn, trigger yet other such memories. Readers who need a clear comprehension of who is speaking and when and where he or she is located, will have a difficult time reading this author. But, in some respects, Michiels' simple and stark language makes for great clarity and power.

Upon the publication of the second volume, Orchis Militaris, Samuel Beckett wrote that, stylistically, it was the best book he had read that year, 1968.

It is difficult to describe Michiels' moving fictions, in part because they are so associative, the reading process itself allowing for the signification. Book Alpha begins with young brothers walking mud-covered roads, trying to reach a friendly farm before nightfall so that they might be handed something to eat. But the roads are so impassable that they find themselves in mud to up to their hips, almost too tired to move on, but desperate to make headway before dark. The eldest, who has promised to take of his brothers, is himself terrified of the trek, but is forced to be brave simply so that he will not frighten the youngest, who is already in tears. The "six-years of seven-years old boy," the second eldest, is so tired that he cannot even cry. Yet they must continue on, left-right, left-right, hoping that they do not encounter a dog before they reach a friendly house.

The very walking maneuver, left-right, left-right, quickly brings with it other associations, including the soldiers' marching through the city as sirens wail, and the crying of the small boy becomes the crying of everyone in the city:

From there, Michaels' moves us through the narrator's memories through the community, from South Square to Calendar Street, naming the people of the now-destroyed village, from Schram, the butcher, to Haling and his little girl, from Brand and Vanna and Pacco, to, finally, An, a major figure in this book since she represents the beloved of the narrator, a girl who he never bothered to ask for sex.

But there is a long and painful series of memories, experiences, conversations, and terrors before we get to that place in the work, and the small ignominious childhood punishments of the narrator speak volumes about how the seemingly well-meaning and structured society has so literally come unglued.

One of the most moving scenes is one in which the boy is commanded to put is face into a bowl of glue in order to pull up a coin from the bottom—a horrific inversion of children's innocent bobbing for apples—that is applauded by the whole community. In the same scene a drunken priest is forced to sell his last sacred book of scripture so that he might afford a few more drinks. Even the child, humiliated just a few moments earlier, joins in the horrific laughter of the drunken elders as they mock the suffering priest. One quickly recognizes how humiliation is quickly transformed into a sense of superiority and even hate.

In the square the marching drone jolted to a halt, a few brief
commands were shouted and then the final trumpet call sounded.
Then the colors were lowered and soon no guards would be
needed any longer, not here. With pound heart he pushed the key
into the lock as he waited patiently for the order to move one he
turned around once more to the street and to the sun which stood
white and high in the sky like a drum that could not be heard but
hurt, hurt the eyes.

If Book Alpha is about pain, about crying out in horror and suffering, Orchis Militaris takes us further into a kind of Sado-masochistic world beyond even pain, where sex and violence, tenderness and brutality are inextricably intertwined. A group of people wait in total darkness in a train car stopped until the shelling finishes, quietly and breathlessly waiting, pushed together like sardines, some sleeping, some having sex, others simply sitting in terror as the sky around them lights up with bombs and search lights.

In another scene, two soldiers, one German and one Belgian engage in an absurd conversation wherein they describe the lives and activities of their villages, a kind of set piece that would be almost perfect as a radio performance or even a staged play:

Do you know, he said, in my town it is market day every Saturday,
all the year around. They put stalls up in the square in front of
the town hall. The town hall dates from the eighteenth century.
Or maybe it's the nineteenth.

Do you know, said the soldier beside him, in my town it
is market day every Wednesday, all the year around. They put
stalls up in the square in front of the town hall. The town hall
dates from the seventeenth century, or maybe it's the eighteenth
century, I'm not sure.

This is goes on like this for several pages, so long that you begin to see these two men less as different soldiers than as echoes. Yet, when the German later bends to retrieve a cigarette stub, he is mercilessly beaten.

In another scene, a wounded soldier seeks solace with a nurse, whom he bribes into his room with stockings and other gifts. She pretends to comply, but ends by forcing him to repeat after her a litany of curses that show her detestation for him and his people. In retaliation, he beats her, while perceiving it as the actions of another man, not himself.

Over and over again in the moving pages of Orchis Militaris we witness the folly of Marinetti's paean to violence, as person after person crumbles in despair and, once again, unbearable pain. There may be a kind of beauty in Michaels' final description of these horrors, but it is a vision of something almost impossible to bear:

...he saw, the bodies red and the pavilions around flooded
in red, but already he had become part of the stream of men
and women that thronged toward the gate, arms stretched and
eyes wide, on his lips always the words—: the child, he cried.
Aah, he cried. Help, he cried. Jesus, he cried.

_____
*Clearly also important to Michaelis' concerns in these books is a horrible event that occurred to Mortsel during World War II. On April 5, 1943, the Minerva car factory in the city, used as a repair place for Luftwaffe planes, was the target of Allied bombing. The target, however, was missed and hit, instead a nearby residential area, resulting in the death of 936 citizens, including 209 children. In fact, the city seemed cursed: on March 27th, 1945, in one of the last V2 launches, the bomb missed its target Antwerp, and fell in Mortsel, killing 27 people.