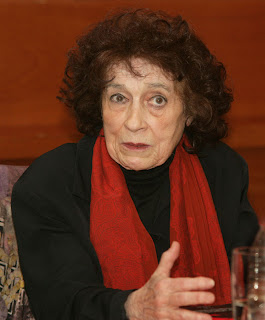 LOOKING DOWN
by Douglas Messerli

The ravine of the title of Cuban-born, Canary Island writer Nivaria Tejera’s 1958 book is not only a literal barranco into which the bodies of Republican supporters were tossed by Franco supporters, but the vast gap between the young narrator’s childhood comprehension of the events taking place at the outbreak of the Spanish Civil War and the realities faced by the adults surrounding her. It is, moreover, the gaping hole between the reality of the past and the nightmare of all Spanish citizens during Franco’s bloody struggle to dictatorship.

For the seven-year-old girl in the Canary Island city of La Laguna, “the war started today,” an indeterminate now which radically changes her life and allows her no return to the normality of the past where the daily joys of childhood were determined by the comings and goings of her beloved father. In fact, the Spanish Civil War did begin at the very center of her existence, in the Canary and Balearic Islands to which General Francesco Franco and General Manuel Goded Llopis had been exiled. On July 18, 1936 both quickly took control of these islands before moving on to Spanish Morocco and back into Spain itself.

The young narrator, a figure based, in part, upon the author, is suddenly forced to come face to face with Franco’s squads as they search her family’s home; her father, a Republican supporter, has gone into hiding and is soon after arrested and imprisoned in Faife, the local prison created from warehouses formerly owned by a British trading company. Later exonerated of criminal behavior, her father briefly returns home only to be arrested again and ultimately placed in an unnamed prison where the family has no possibility of discovering him. And so this middle class family of workers—an extended family that includes uncles, aunts and grandparents—is suddenly reduced to complete poverty, while they face the fact that they may never see their son, lover, papa, breadwinner again.

Tejera’s tale, however, is not about the civil war nor the struggles of the surrounding adults, but is centered firmly on the young girl trying to suddenly understand not only events conspiring against her family but the larger events of world war and human morality. Embarrassed by her sudden poverty and daily assignment to beg for groceries from a nearby shopkeeper, confused by the new passivity and depression of the adults around her, and lonely, the girl is transformed from a normal child into a stumbling, bumbling beast of contrary feelings whom her former friends now taunt and openly despise. With a younger child to care for, her mother thrusts upon the girl responsibilities that only exacerbate her difficulties. As she retreats to her internal thoughts, so too does Tejera’s writing, ultimately turning what might have been a somewhat painful but perhaps maudlin story of hardship into a surreal portrayal of the effects of war not unlike Mohammed Dib’s great wartime story of Algeria, Who Remembers the Sea.

For the most part Tejera succeeds in convincing us of the narrator’s point of view, in part because of what she describes as “a dialogue between past and present,” the voice of the little girl ambivalently fusing with the later adult voice of the author herself.

Translator Carol Maier spends a great deal of her afterword accounting for and justifying what may seem as inconsistencies between the voice; indeed she admits to attempting, a first, to correct in English for those moments of adult knowledge that creep into the childhood narrative. For me, this seems beside the point. There can never be a truly childhood voice in a fiction written by an adult, simply because if one were miraculously to accomplish the transformation into childhood it would cease being of interest to the adult. Children can express wondrously beautiful and fanciful images of reality which we can enjoy, but they cannot embrace the realities of that beauty and the meaning of the images they have portrayed. Frankly, I prefer the kind of childhood characters created by Ivy Compton-Burnett, children who speak more intelligent and impeccably stylized sentences than their adult counterparts. Yet Tejera succeeds in convincing us that the world she portrays is skewed toward a child-like vision. And particularly in the final last visionary dreamscape of the fiction, the reader can only be touched by that world evoked. Insistent that she will go to search for her father in the ravine, the young narrator imagines the following dialogue:

“Niñaniña, don’t you suspect? It’s still the zinc rain and the sound from the canyon still whistles through the planted fields. Aren’t you going to make little stripes, aren’t you coming to the planet?” I’ll go, I will definitely go, Mama. It’s at the bend beside where I think, in the puppet pit, I’ll go on the wounded train, in the mirror. It’s winter now, the roads are riddled with puddles and it’s nice to travel through the dirty trees toward the sky. …I see him already, first he’ll lift up the dry hard bones that will be hitting me. I already feel them hitting me. The rain’s softened them and they don’t hurt. In the fog, they seem like insects, they’re wet and they stick to your body. They do. Don’t you hear? Someone’s calling me from further away. It’s the custodian, his garbage, the great wind beside the ravine covering, covering the putrid place of the peloton, where I liked to think Papa would never lie dead.

I’ll go and the great wind will come whirling from the bottom.
And I’ll be there looking down.

For both her young narrator and the author herself, looking down with humility—like Alice, looking into the Rabbit Hole—is the only possibility, for there is no way to “look back.” The father will never again be found for that little girl. By the time Tereja’s father was released in 1944 and the family was able to return to Cuba, she was a fifteen year-old adolescent, a young woman inevitably aged by her childhood experiences. In 1954 Tejera moved to Paris, serving the Cuban government for a period as a cultural attaché in Rome before breaking political ties with Cuba in 1965. Today she lives in Paris, writing poetry and fiction.


Posted by Douglas Messerli at 8:24 AM