Brian Evenson | Review of McCarthy's Cities of the Plain 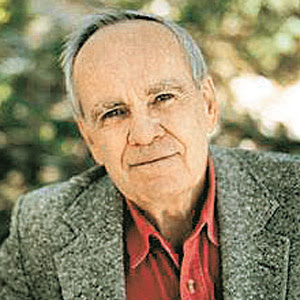 Brian Evenson
Review of Cormac McCarthy's Cities of the Plain

The third volume of The Border Trilogy, McCarthy's Cities of the Plain brings together Billy Parham from The Crossing and John Grady Cole from All the Pretty Horses. Beginning in 1952 and set in New Mexico, Cities of the Plain concerns itself with the end of the West. It explores the decline of the cowboy life as Billy and John Grady work on a struggling ranch near El Paso which is about to be bought up by the military.

As in All the Pretty Horses, a romance plot gradually gains importance. John Grady falls in love with a young epileptic whore and Billy struggles to keep him from getting enmeshed in trouble. The novel suffers in the way many movie sequels do: it fails to measure up to either of the two previous volumes. Though McCarthy's style remains sharp and often breathtaking, the book as a whole lacks the accumulated drive of McCarthy's earlier work.

In one sense this is intended in that the book is about the death of the cowboy and as a result is more about memory of and reflection on a form of life in decline. Nevertheless, as always is the case with McCarthy, there are some exceptional manipulations of prose here. There's a dog-hunting scene, for instance, which contains the strengths of McCarthy's best writing, and a knife-fighting scene that is as strong as that in All the Pretty Horses. The dialogue between McCarthy's ranchers is nicely clipped and possessed of quiet humor and sincerity, and there is a great deal of poignancy in his depiction of a dying lifestyle. It has many strengths, and were it written by anyone but McCarthy (who with Blood Meridian has set an extremely high standard for himself), it would be hard not to see the book as an enviable success. Though a mixed book, moments here rank among McCarthy's best work. [Brian Evenson, The Review of Contemporary Fiction]

Posted by Douglas Messerli at 8:38 AM