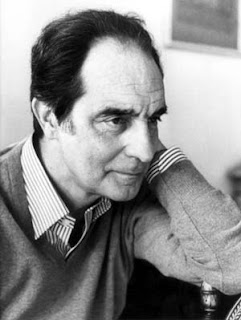 Calvino’s first novel, originally published in 1947, is a curious work from a curious oeuvre. Written with this recent experiences in the Italian Resistance movement in mind, The Path to the Spiders’ Nests is Calvino’s major work of neorealism. This story of the Resistance’s arduous path to victory is remarkable primarily because we see it through the eyes of a child named Pin. Pin, however, is no ordinary child. He is an orphan who is far from innocent. He sings bawdy songs, is eager to fight, and has witnessed his sister’s many acts of prostitution. Despite his lack of innocence, Pin is still naïve, especially in the way of politics. Early in the novel, Pin can’t decide if he should fight for the Resistance or the Nazis. While he prefers the Nazi uniforms, he joins the Resistance less for the cause than for the friendships. By telling the story from the perspective of an aged child, Calvino ironically undermines an innocent or heroic vision of the war. The novel stresses the importance of the Resistance, but shatters idealism in its portrait of a loose gang of thieves and incompetents who like guns but not an informed ideology.

The dialectical nature of the work becomes more evident after reading Calvino’s brilliant preface, originally from the third Italian edition, now include in this revised English edition. The preface is a marvelous piece of writing that examines the neorealist movement and engages in a fascinating argument about politics and literature. It also evaluates the strengths and weaknesses of this book, especially as a first novel.

Readers of Calvino’s work, who may expect a stylistically innovative philosophical fantasy, will be surprised and perhaps a little disappointed by this particular novel. Unlike his other works, this is realistic, overtly political, and in some ways rather conventional. In Six Memos for the Next Millennium, Calvino noted that his first work arose from a youthful need to represent his era. After this work of committed literature, he wanted to create modern myths and folktales that could achieve depth through lightness. The Path to the Spiders’ Nests is often weighted down by its own heaviness and has none of the subtlety that marks Calvino’s later works. Aside from the valuable preface, this is a book that will mostly be of interest to Calvino completists and scholars of Italian neorealism. [David Ian Paddy, The Review of Contemporary Fiction]

Posted by Douglas Messerli at 10:21 AM