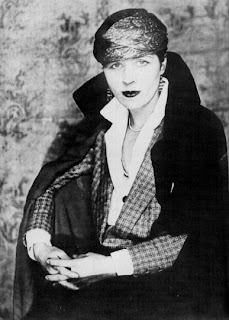 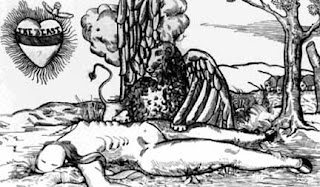 In the last few pages of Djuna Barnes’s Ryder, one of the title character’s multitudinous offspring describes another of the fiction’s minor figures (Dr. O’Connor, the renowned monologist central to Barnes’s Nightwood) as sounding as if his wisdom “were ill gotten”; “and when it has become mature,” the boy prophesies, “I would be the first to fly from it, for it will be overheady and burst from its sides.” A few pages later, upon completing the fiction, the reader may well wonder whether such a statement might not be applied to Barnes herself. For there definitely is something about the message of Ryder that strikes one as “ill gotten,” as emanating from an author who, more than precocious, is painfully clairvoyant.

When this work was first published in 1928, with its jumble of picaresque, anatomy, and epistolary genres, it appeared as a startlingly archaic hybrid, as a fantastic blend of the best of James Branch Cabell, the worst of Joyce. The fact parts of it were censored helped to put it for a few weeks on the list of best sellers; but reviewers and critics of the day clearly did not know how to respond to such eclecticism. “In brief, a piece of rubbish,” scoffed The American Mercury. Today, in the context of such works as Russell Bank’s Family Life, Barbara Guest’s Seeking Air, Gilbert Sorrentino’s Mulligan Stew, and John Barth’s Letters, Ryder—now reprinted by St. Martin’s Press—in its linguistic and generic mix is at once familiar and fresh.

Contemporary readers no longer expect—even desire—“pure” fiction, that seamless weave of voice, time, place, character, and plot by which authors such as Barnes, Lewis, Stein, and ultimately even Joyce (in Finnegans Wake) were tested, judged negligent, and exorcised from academic reading lists.

The irony is that Barnes, perceived by Moderns as an avant-gardist “gone too far,” is actually a moral classicist. She never really adapted much to the modern way of thinking and writing of life. Barnes’s is a Medieval vision of a universe inhabited by creatures from a Restoration play. Accordingly, in Ryder, as in all her works, everything and everyone is ajingle, in continual battle between the body and the intellect, between spirit and animal lust.

No figure is more aware of such perpetual alternation than is Jonathan Buxton Ryder, a character based on Barnes’s father. Having been raised in an atmosphere of high wit and sexual freedom (Barnes’s grandmother—Sophia Grieve Ryder in the fiction—held a salon which included such notables as Elizabeth Stanton and Oscar Wilde), Ryder attempts to bring the twain together in polygamy. And much of the fiction’s plot—such as it is—is focused on his fruitless schemes to reconcile the wife and mistress he sleeps between, in himself. But life, Barnes demonstrates, is not about to permit humankind its birthright, its full range. Entrapped in poverty and a two-room cabin, the religious Amelia and lusty Kate—bearing children at prodigious rates—fight tooth and claw for the soul of Ryder. If Ryder survives these hostilities with humor and grace, he cannot withstand the social dictums of the village bourgeoisie nearby. While he saves his growing offspring from a “public” education, he cannot save himself.

Delegations of outraged citizens are visited upon him; and, in the end, he must send his legal wife packing in order to protect his helpless mistress and his progeny, whom he has come to call “the Ryder race.” In short, Ryder must give up the spirit to continue to produce his own and, by metaphor, the human species. At novel’s end, having had to sever his love of the spiritual from his love of life, Ryder recognizes that he can no longer achieve the ideal. In a world where everyone is broken, damned by circumstance, one can only “disappoint.”

Humankind is doomed to failure, Barnes seems to argue, from the start; her theme, so it appears, is one of despair. Such conclusions, however, are highly Romantic, and help to explain, perhaps, why Moderns had such difficulty with her writing, why they “flew” from her visionary truths. For in Ryder, as in its successor, Nightwood, Barnes is less a tragedian than a comic, a comic in the way Dante was. If man’s desire is to be whole, his condition, to Barnes’s way of thinking, finds him caught—where the Great Chain of Being put him—“halfway between the angels and the beasts.” The fact that Ryder can only “disappoint” is not meant to bring the reader to despair, but to knowledge, to the awareness of what it means to be the human beast.

Just before the young Ryder bastard tells Dr. O’Connor what he thinks of him, O’Connor recites the “Three Great Moments of History”: the moment when Cleopatra, reaching for a fig, saw beneath it an asp, and placing it to her left dug, “drew her breath backward through her teeth,” saying “oooooooOOOO Jesus!”; the moment when Stonewall Jackson went riding by, and Barbara Frietchie, “putting her head out the window, shrieked, ‘UUUUh, HHHu, Stonewall!’”; and the moment when General Lee, “knowing he had to surrender, polished-up his medals, reswung his epaulets, tightened his girdle, and burnishing up the old blade, walked into the courthouse,” and “drawing himself up to full height,” presented it, hilt first, to Grant, saying, ‘You know what you can do with this, don’t you?’” (pp. 304-306). In a fiction riddled with parables, fables, and tales, O’Connor’s is especially significant. For these three moments represent, I suggest, the three basic attitudes with which humankind, faced with that chasm between desire and destiny, has dealt with life: abandonment, involvement, and surrender. In a world where there are no solutions, each position has its grandeur. And which posture this fiction’s hero takes, the reader is never told. In Ryder’s cry of “And whom shall I disappoint?” however, one senses his need for an object to disappoint, and one suspects that his lament is the impetus of another search. Like all picaros, Ryder retains the potential to begin the voyage again.

____
Recognized today as one of the USA's most brilliant writers, Barnes authored plays, short stories, and fictions in several genres before publishing her great fiction, Nightwood, in 1936. Barnes also worked as a journalist for many of her early years, and turned again to poetry in her final years in New York.

Posted by Douglas Messerli at 10:39 AM