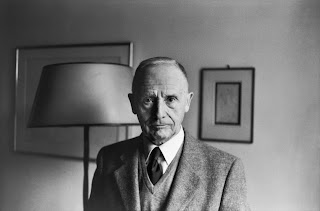 Julien Gracq’s short fiction, La Presqu’île (The Peninsula) (1970) is a deceptively simple work with regard to plot. Simon waits at the Brévenay train station in Brittany for Irmgard, although she has warned him that her arrival in midday is “very unlikely.” The woman, with whom he has obviously had previous sexual rendevouses, does not arrive, and he has little to do but await the evening train. A somewhat methodical man, he determines to spend the afternoon driving along the Brittany coast and arranging for their eventual journey. He returns that evening to the train station to meet her.

Little else “happens”—if one defines plot as Americans might. But in Gracq’s beautifully lyrical tale, everything happens on the emotional level as the reader participates in Simon’s embracement of the flora and fauna, the light, the sounds, and smells of Brittany, where he has evidently spent his childhood. Traveling through small towns along the Brittany coast, Simon encounters the sensations of his past, alternatively overcome with highly-pitched pleasure and disgust tinged with a feeling of emptiness. Indeed, the whole fiction may be perceived in the context of Simon’s alternating emotional responses as he drives through the landscape, stopping at various locations, sometimes just to take in the natural scene or to observe the view.

It soon becomes clear that Simon is not only methodical, but experiences life most fully at a slight remove from it. It is vistas of the ocean, not direct contact with it, that he finds most pleasurable. His favorite time of the day is the moment when it begins to fade in late afternoon, with workers returning home, light pouring from windows. As he moves across a Brittany peppered with recognizable small towns and locations that Gracq has renamed to create almost a mythological quality, we also begin to connect the various allusions to Tristan and Isolde with the relationship between Simon and Irmgard. It becomes clear that the rise and falling patterns of Simon’s emotional state resemble the endless waves of passion and hate that define the famous legend, which in the original version took place in Brittany. Indeed, Simon alternates in his feelings for Irmgard as well, sometimes imagining her every movement with sexual anticipation, at other times forgetting what she even looks like, dreading their encounter.

As the day moves forward into night, the anticipation heightens as the reader can only wonder—as he stops in the small town of Coatliguen, briefly pauses on the isle of Eprun, and listens near an isolated country home to slightly the removed sounds of a mother and daughter speaking within— whether or not Simon will reach the station in time. For Simon, it is clear, is a conflicted soul, a figure of great sensitivity and desire, but also a person who prefers his distance from others, who cannot make lasting commitments. As he arrives at the station and watches the train enter the yard, he stands at the other side of the crossing, a barrier of metal bars between them, wondering “How can I get to her?” The potentiality remains, but, one suspects, their love may remain unfulfilled.

Posted by greenintegerblog at 9:40 AM