Douglas Messerli | "Everything but Life Itself" (on Nakell's Settlement) 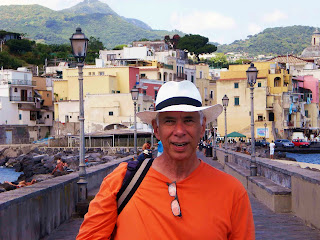 EVERYTHING BUT LIFE ITSELF
by Douglas Messerli

The settlement of Martin Nakell’s 2007 novel is, at the moment the first word of this fiction is written—(“So.")—already an abandoned outpost, an empty city that once served as a resettlement camp for the citizens of an unnamed country whose villages have been destroyed—most of their friends and relatives slaughtered—by enemy troops or, perhaps, as the narrator of this apocalyptic work suspects, rogue combatants from the country itself, possibly even soldiers inexplicably sent by the government to kill its own citizens. As in the numerous brutal battles between native Serb and Albanian citizens in Kosovo, the mass murder of warring tribes in Darfur, and the daily bombings of Sunni and Shiite citizens in Iraq, there is no logic to the struggles of this unnamed country, just similar circumstances: a large population of suffering refugees with no place left to go.

The narrator of this tale, the former Governor of the Emergency Settlement for the Western Quadrant, has obediently taken up his post at the resettlement community only to be himself betrayed by his government; his wife and daughter, he is told, have been put under “protection”—in reality, he quickly perceives, imprisoned; at the time he writes this story he has heard of their deaths, his daughter having committed suicide.

Much of Nakell’s narrative—his third major work of fiction to date—recounts the Governor’s friendships with various figures who reach the outpost, including Tassiossu, Lucinda, Meleq, Grammatico, Klaus, Guillemette, Abanno, Rivka, and, in particular, Alina, a woman with whom he has fallen in love. The actions of these figures provide Nakell’s text with a series of rich and profound tales told in a manner somewhat similar to that of the great American fabulists John Hawkes and Robert Steiner.

Tassiossu is a student of art, particularly of the art of the Madonna on which he has become a quasi-authority, lecturing to his friends and the settlement citizens about the various Madonna’s painted throughout history and how their depiction relates to the period in which they were created.

Meleq is a writer who has ceased to write, quoting only from one page of his previous manuscript—a page, he is convinced, that, when he has completely comprehended it, will restore his desire to write again.

Lucinda presents violin concerts that may remind one of pieces by John Cage and other contemporary composers in which one or two plucks of the strings reverberate in a silence wherein listeners are forced to perceive the “music” in the context of the sounds of the surrounding world.

Grammatico, Klaus, and Guillemette constitute the Gruppo delle Macchine Terribli, a group of performers who seem straight out of a Marinetti manifesto, creating magnificent machines that perform, somewhat like gigantic puppets, in vast expanses of air and earth.

Abanno, a man with endless energy, helps plan and operate various activities in the settlement to save its citizens—as the government becomes more and more disinterested in their survival—from certain death, helping to create and maintain a water-producing facility.

Alina tells the narrator of the soldiers who came to kill her and her family and how she was saved by one young soldier (a story that changes in each of its various tellings); by her allowing the boy to kiss her, by her seducing the young man, or willingly abandoning herself to lust and rape. Each time the tale is told, the narrator caresses Alina’s body as if to assimilate her new and deeper revelations.

When the citizens of the settlement abandon it in hopes of survival elsewhere, the remaining narrator attempts to describe his own daily activities, from his frugal culinary attempts to his studies of various subjects, including the natural world around him, and his daily journal entries, which we are now apparently reading.

All this activity, past and present, is overwhelmed in Nakell’s story by his hero’s isolation and his seemingly endless speculations on why he continues to write down the story of a world that no longer exists. I created just such a figure in my own Letters from Hanusse, a man writing a series of letters to a woman who possibly no longer exists and will certainly never receive them; so I am sympathetic with the dilemma with which Nakell’s narrator is faced. Yet upon my first reading I found this narrator’s repetition of these concerns somewhat overbearing as time and again he ponders the question only to discover new reasons for his act. Gradually, however, I came to perceive this less as a repeated trope than as the actual focus of the novel. And in this sense, Settlement develops into a work less about an exotic world, a presentation of a strange amalgam of human types, than a tale about art itself. By work’s end, we hardly wonder any more if the marvelous character types with which we have been entertained are “real” or figments of the narrator’s imagination. Mimesis becomes unimportant. What increasingly matters is why the narrator even bothers to write. What leads human beings to pick up pen or pencil, to type or key in, day after day, a story or net of stories when we all know that even if the work finds a small audience it will eventually come to nothing, will have no audience, that the earth itself will some day collapse or explode! What lies behind our mania not just to write, but to create!

Is Alina lying each time she tells the story of her young soldier/lover and her brush with death? Is Meleq deluded in his belief that one page of his work will reveal why he should write? Are the members of the Gruppo delle Macchine Terribli mad in their grandly conceived and theatrical contrivances? Is Lucinda a fraud in her demand that the listener discover the world in the two or three notes issuing from her instrument? The settlement’s former Governor must himself ask these questions day after day as he sits alone in what seems to be a world of his own making. Neither author nor narrator can answer the question why even the ancient caveman created the hand-painting in a cave near the settlement; was it “an object of beauty? awe? tragedy? comedy? ecstasy? fate?” “…Did he say to himself: Look what you’ve done.” When does the act of creating become an object of art?

There is, happily, no one answer—art is many things, perhaps everything but life itself. And so our artist is inevitably left in a world emptied of everything and everyone save what he can (re)create.

Posted by Douglas Messerli at 9:45 AM