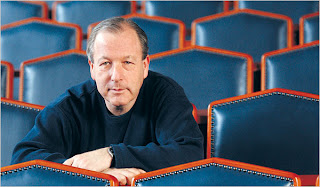 Miklós Vámos The Book of the Fathers, translated from the Hungarian by Peter Sherwood (New York: Other Press, 2009)

Miklós Vámos' popular Hungarian fiction is a grand picaresque spanning 13 generations of the Csillag-Sternovsky-Stern family, tracing its roots through the last 300 years of Hungarian history. As Vámos himself makes clear in his Afterword, that history is not a pretty one, revealing that the Hungarian people have seldom been on the winning side of a battle, and the Csillag-Sternovsky-Stern family, whose names represent the Hungarian, Polish, and German equivalents of "Star," suffer the fate of their homeland.

The fiction begins in the village of Kos in a territory of Hungary regularly attacked by both the Kuruc forces (vagabond guerrillas against the Habsburgs) and the Labanc (Austrian collaborators and reactionaries). The people in between these two groups are killed, their homes and businesses destroyed.

When Kornél Csillag's family is attacked they hide, with other villagers, successfully in a cave; but when the marauders temporarily retreat some are lured outside, and when they return they are followed, the cave bombarded. Everyone within, accept for the young 4-year-old Kornél, are slaughtered. He survives only by accident.

We soon find out, however, that Kornél, a born storyteller, has other powers that are handed down by birth to the first-born sons, the ability to know the family's past without being told and, in some instances, even to see hazily into the future.

These powers often provide great comprehension and talents—Bálant Sternovsky, Kornél's son, for example, knows hundreds of Hungarian tunes and sings them beautifully without any musical training—but it does not necessarily help the family to survive. Bálant, as almost every first-born son, meets an untimely and violent death; and those who do not, often end life bitterly.

The 4th generation, that of Richard Stern, is one of the most successful. Richard, who falls in love with a Jewish girl, converts to Judaism and develops a successful wine business with his wife's family. His end, however, begins a long period of hateful prejudice and religious persecution which, even though the Stern-Csillag's no longer practice the religion, destroys entire generations in World Wars I and II, and leads the prison camp survivor Balázs Csillag to declare himself a Roman Catholic. Balázs lives a long life, but remains bitterly empty and lonely, leaving his son to try to comprehend why his father was such a cold and forbidding man.

By the end of the family history, the Csillag's no longer know their own pasts, and the magic powers of memory and foretelling have disappeared. Balázs destroys the two volumes of The Book of the Fathers. It seems almost an accident that Henryk Csillag-Stern has a child, and we are not certain that the final Csillag, Konrad, will even marry; but he does, by fiction's end, begin to show amazing linguistic powers that may link him with the illustrious personages of his past.

Each of the generations is given large chapters in which they and their families play out, in ordinary and amazing ways, their personalities against the backdrop of Hungarian landscape and history. And there is no question that Vámos is a man of great literary talent. Yet it is the very generational structure he his imposed upon his work that brings with it a kind of flacidness defeating some of the dramatic narratives he relates. After a while, not only do we know the patterns—birth, short or long life, sudden death—but we lose interest in family members, just as they seem to lose interest in themselves. That is not say there are not brilliant moments throughout, and this reader, at least, was not at all exhausted by the 466 pages of the text. But one might have longed for more radically stylistic differences, more variance of the narrative method.

Vámos is clearly one of the many talented contemporary Hungarian fiction writers, ranging from the highly postmodern twists of plot of the works of Péter Esterházy, to the metaphysical constructs of László Kraszhahorkai, to the intensely personal and often quirky narratives of Péter Nádas and the quasi-autobiographical speculations of Imre Kertész. All of these writers are significant; my only wish for Vámos' The Book of the Fathers is that he might have whipped some of the wondrously personal mysteries of Kraszhahorkai and Nádas into his towering soufflé.

Posted by Douglas Messerli at 10:27 AM