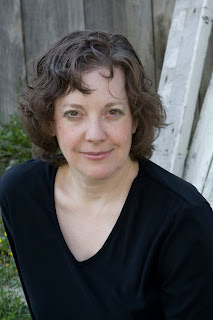 Stacey Levine has subtitled her new collection of stories "tales & stories," as if there were a significant difference between the two. I'm not sure that I could make a case for a genre separation, unless the one, "tales," suggests a looser and less formulized structure than the other. What it does hint is that the author herself recognizes these works to be, at times, ephemeral, a kind of literary potpourri of narrative. And indeed some of these works seem more like the beginnings or ends of dreams and fantasies than representing coherent tales or stories. Nearly all of Levine's short works—true of the first volume, My Horse and Other Stories (published by my own Sun & Moon Press) as well as these new works—might be said to be closer to fragments than to organized fictions.

But anything coming from the fertile imagination of Levine is worth attending to, and, although for some readers I am certain that the inconclusiveness of her tales may seem irritating, for the adventurous reader it is the dream-like web upon which she weaves her works that makes them so very intriguing. The first piece in this volume encapsulates some of these very issues, pushing Levine's startling images from the concrete into abstraction. In "Uppsala" a family is speeding to a winter vacation home, but rather than suggesting retreat and pleasure, their journey reveals a complete breakdown of family life and communication. The mother "is terrible," a kind of monster who screams at the appearance of a flea, at her forgetfulness to bring a loaf of bread, and numerous other events. "Father resembles a hassock." Brother and sister retreat to the bathroom where he, in an inarticulate babble, "speaks his own language," creating a world different from their cold one, filled with "people who adore the sun."

It is Levine's "friction of desperate severity," that might describe one of the author's central themes. In the title story, in the book called simply "The Girl," the subject, a childlike girl kept by her parents on leash, becomes to the narrator not only someone whom she recognizes she will steal, but in the process of telling this story, becomes the object, the force behind the dream-tale she telling.

Of course this dream was less about the girl (surely she was older than
her body) than about the way I always had looked for something to
raise me up, following the part of the story in which I had fallen.

Levine continues "The girl was about being poor and I was about the luxury of being able to choose...." The telling of the story and the consequent actions, accordingly, become confused with the narrational imagination, as we gradually recognize the dreamer in the process of dreaming. In a way that you seldom encounter except in stories by Kafka or Borges, Levine's "tales" reveal in the way they are being told, how and why a writer writes. By the end of this work, as the girl finally bites the narrator and, when refused the leash, escapes from a taxi, we discover that the childlike human is easily transformed into the metaphor behind the images, a cat, who when the narrator sees it, "was old and cast off, with a bad eye." And we perceive the author as a kind of shape-shifter moving from sign to metaphor to symbol within the span of a few pages.

Among the most "story" like works in this volume is the hilarious "The Danas," about a family that carries such a deep sense of family life and all that it might entail—"family home-cooked, sweetened milk in jars—so far that they come to isolate themselves from the world outside, the eldest brother and sister, Mike and Tina, marrying one another, moving to an apartment three blocks away.

The gossipy and intrusive neighbors closely watching the family's activities, are both disgusted and envious of their condition. As the neighbor, Mrs. Beck's companion puts it "Well, I suppose the Danas just love each other so much that they cannot bear new people, or new situations, besides their own." But the effects of this intense family loving, unhinges several of their neighbors in ways that ultimately lead to a mother slapping her own beloved child as if punishing him for what she recognizes will someday be their separation.

So many of these works intrigue and startle the imagination that it is hard to know which of 26 pieces to write about. But certainly one of the most notable is "Believing It Was George Harrison," in which in a suburb north of Caracas, a group of people have come together in a condo to celebrate. At first the party seems to be a typical embassy gathering, from which narrator, newer to the city than the others, feels slightly estranged. Yet the conversation concerning how to cook different dishes, how the narrator is "settling in," and other mundane topics appears to project this work on a realist track until—

Across the room, on the far side of the archway, I saw George Harrison
pouring water into a glass from a carafe. Floating orange slices and ice slid
in the stream, yet the bubbling water moved slowly enough to look like a
gel. The sad dance music beat through the rooms. Harrison glanced
around a moment, neutral faces, and then greeted another guest, a
Caraqueño, certainly, and most likely a pensioner. Harrison mock ad-
monished the man with something like, "Hey, old timer!" and the two
embraced and settled into a conversation.

Other guests noticed Harrison, too, exchanging looks, but no one said
a word.

Here is Levine's writing in its typical brilliance. The fact that the narrator spots a dead man at a party in Venezuela is abruptly "washed over" as the author watches an orange slice slip through the water, and the dance music intrudes. The very natural behavior of this "ghost" seems to contradict the remarkableness of the event. Indeed the inane party conversations continue as the guests, one by one, spot the celebrity, until a young woman, Saundra, breaks the complacency of her elders by screaming out "Don't patronize me....The man is dead. How can he be here?"

Yet even this refuses to budge the rational defenses of the guests, as the conversation turns upon metaphysical and philosophical issues, beginning with the comment "Maybe we're all dead," which shifts the conversation to the role of the dead and ludicrous speculations about what each of them might do if they returned after they died, ending in obvious conspiracy theories about Harrison's disappearance. By tale's end, Harrison simply admits that once he had existed, then stopped, but somehow, having returned, "meant that he now could continue to exist." Yet even this miraculous event is somehow converted into banality as the young girl blurts out, "We missed you."

In Levine's world the banal and the extraordinary are eternally mixed; hysteria is interfused with cool logic, fear counteracted with absolute daring—all emanating from a viewpoint of the world that seems to recognize that despite all the horrors and dangers of living, issues often put front and center in her work, people are determined to and must necessarily go on living in the most ordinary ways. The last piece in this book, "The Water," a kind of environmental prose poem, reiterates this, as the author turns her attention to water and its disappearance, for example, in Florida, where an ordinary Tallahasseean, Gale, has watched while Florida has lost its lakes, "while the lizards died papery in grass."

The lakes' deaths were a shame, Gale said, resting in his char, and Mother [his
wife] wrote a blaming letter to a magazine. Gale like chicken. his children would
soon retire. The water will be algae-oily and never consciously suffer.
We might reach an arm toward a dark surface someday, gasping alongside the
rowboats and birds, alongside this incomprehension of water and the way those
living at the top always rule. Gale knew it. Still and all, he was glad he lived. He
said to mother, Hi, Koo-koo. Aren't you glad you lived too?

Posted by Douglas Messerli at 7:51 AM