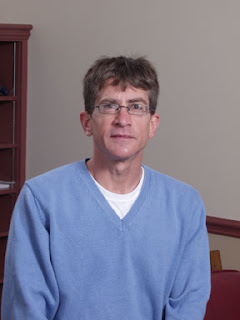 Often when reading the fiction of Dennis Barone, I feel that there are three different writers behind his work, the first being a sort of postmodern fantasist, presenting us in very short, surrealist-like fables, cartoon figures standing in outrageous opposition. In the book of his I published for my Sun & Press, for example, the title story “The Returns” begins with a young boy at the Thanksgiving dinner table with his family; suddenly out the window he observes a hovering plane; when he runs out of the house to find out what’s happening, he sees, through the dark and foggy night, an X-15 rocket and suddenly encounters its pilot; the pilot picks him up, bringing him to face level, shouting: “Don’t let them know I’m flying!” A few minutes later the young boy and the pilot are in a prison cell, the pilot bruised and in pain; a salesman soon joins them, and the story ends with the pilot and the salesman in conversation, planning their escape. Interwoven into this story are scenes in which the narrator is awakened by an assured knocking, each time ending with the would-be visitor turning away, a door slammed shut. In short, a young boy, perhaps now the dreamer-author, experiences a fantastical world, which in opposition to his placid home-life, consists of dangerous secrets and acts, events that lead to adventure and probable imprisonment.

In his most recent collection, Precise Machine, Barone begins with a short tale, “Treasure”—one of four pieces collected under the title “Precise Machine”—a story of twin brothers caring for a problematic goat. From the ocean-side pasture where he is kept, the goat often seems to enjoy staring out to sea. Perhaps in a former life, the narrator suggests, he had been Captain Kidd. One day, as he stares off into the horizon, the goat refuses to return home, and the boys are faced with the quandary of either returning home without the goat or being late for dinner, a special roast. When the billy goat begins to paw the ground underneath which he stands, the boys begin to dig. Auddenly they are scared half to death by the appearance of a helicopter containing their returning father, rifle in hand, determined to claim the buried treasure which might have helped the boys and their mother survive. This father, like the pilot of the previous work, stands outside and against family life. And the secret the boys uncover seems, once again, to threaten their present existence. In both these strange tales, the father/hero is perceived as both dangerous and magical, a kind of immoral (or, at least, nonmoral) force that possibly endangers the dream of childhood.

The second writer behind Barone’s output is a kind of lyrical moralist, often an artist, historian, or researcher, a character like the hero of his short novel Temple of the Rat and The Returns story “The Middle Distance.” In "And Also with Your" (Precise Machine) Barone presents us the story of an Italian artist during the bubonic plague, determined to finish his “Miracle of the Banner” painting, inspired by nightly visits from the Virgin. It is doubtful he will survive, but his feverish imagination recounts his alternating struggles with faith and doubt in a terrifying present, mitigated by a vision of a future in which he has attained international acclaim when the Spanish Ambassador demands a work from the same brush. Seemingly, half in and out of consciousness, the narrator weaves a spellbinding tale that ends suddenly in the aural sensation of the “melodies of heaven.”

Yet, Barone’s tale continues, completely altered, as he begins a new story, this one about a Congress Avenue, New Haven minister, an immigrant to the New World determined to convert the locals to his personal beliefs, become a haven for the dispossessed and oppressed, and, simultaneously, fill his pockets with great wealth. His bag containing his contributions ebbs and flows, “but never ebbed so much as it seemed to fill itself….” Indeed, the minister, his family and charges, and the village appear to prosper, until a woman arrives to assassinate the minister for his conversion of her son. The minister’s message however, converts her, as she is filled with doubts and self-recriminations, ultimately determining to kill herself. The gun accidentally discharges, killing a loyal follower of the sect, resulting in an attack from the community that is only vaguely described—“And then out of nowhere an artillery barrage sent out its cruel greetings, shrapnel flying all around”—but which we can imagine as being similar to the attack by federal troops at the Waco compound of David Koresh’s Branch Davidians. Ironically, the event of Barone’s story is captured in the sketchbook of Ercole, the minister’s youngest son. So continues this tale of the relationship between belief and art.

In stories such as this and “Cairns,” Barone often mixes history, politics, religion and poetic story-telling into a heady mix in which all are transformed, history becoming fantastical, religion transforming into fear and doubt, politics resulting in a story of mythic proportions. While not always as magically compelling as his briefer post-modern fantasies, these short epic-like morality plays are perhaps the most ambitious of Barone’s vision, and when they succeed, as in “And Also with You” and, in part, “The Middle Years,” they represent some of the most interesting writing of our time.

The third Barone seems to be a kind of inattentive realist. As the author notes in his newest collection, “All facts are fables,” which seems to require Barone to empty some of his stories of both fantasy and poetry. “The Firebug,” for example—the second of his “Precise Machine” tales—relates a story that reminds one of a comic sketch in which a bicyclist gets a flat tire. He carries with him tools, an air pump, a bottle of water, and matches—nearly everything he needs but duct tape. At a nearby house, being repaired for fire damage, he borrows some electrical tape, pumps up his wheel and rides a bit further. But once again the wheel goes flat. He reattaches the tape, pumps up the tire once again, and moves a few yards further before the tire goes flat a third time. He attempts to catch a ride to a nearby town, but no one will pick him up, and he is forced to walk the whole way. At the town’s bicycle shop, announcing a “Fire Sale,” he begs and cajoles the man behind the counter for a new tire (he has carried with him no money), and promises to return with the payment. Later that day, he returns via automobile, but before he can reach the store, the car’s tire goes flat. Armed with the same tools—an air pump, a bottle of water, and matches—he presumably sets the building on fire.

Told in a tone nearly devoid of emotion, Barone’s story depends entirely upon its ironic form—“things come in threes.” But the joke is just that, a joke. The story is as slight as its message. Presumably, it is this “inattentive realist,” this deadpan comedian that lies behind the fevered and poetic moralist of the other two sides of his personality. The author himself is a quiet-spoken person whose mouth often turns up in conversation into a kind a naughty-boy grin. It is perhaps this kind of ironic realism that also lies behind the title of his book, the “precise machine” of Barone’s art. But I prefer thinking of his writing as a kind of precise imprecision, a confusion/profusion of ideas that swell up into a near obsessive reality wherein all is linked, the kind of world with which the personal, interlinking tales of present and past, with which “Cairns” ends:

With everyone crowded in space, we became also crowded
by time. Star, Song of Solomon, you are limestone in New Jersey.
Forgive me, my bike is almost flat. Aloha, Dairy Queen and
Flamingo Golf. Many flowers bloomed and died. It became almost
an obsession.

Here, religion, myth, popular culture, the past, the present, and, yes, that fire-happy bicyclist coexist. It’s a world I prefer to what Barone presents as the “real” one.

Posted by Douglas Messerli at 9:24 AM