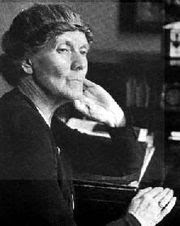 Ivy Compton-Burnett The Present and the Past (London: Gollancz, 1953/New York: Julian Messner, 1953).

Tensions are high in the large household of Cassius Clare—which includes his father; his wife, Flavia; two children from his first marriage, Fabian and Guy; three children from his current marriage, Henry, Meagan and Toby; and various servants, teachers and nannies. Any morning is enough to set off the high-strung lord of the manor, but this morning, in particular, he has received a letter from his ex-wife, Catherine, who despite the conditions of their divorce, has returned to claim her right to see her children.

Everyone attempts to do their best for the occasion, Cassius allowing the visits, and Flavia, despite initial resistance to the idea, becoming friends to "other" Mrs. Clare. But Cassius, at heart, is still a child, unable to cope with the demands of his position, and seeks out suicide for the lack of family "attentions."

When it is revealed that he had taken only four of the pills of which ten are required for death, he comes under some derision from his family. But in his convalescence, Cassius sees himself—if others cannot—as a changed man. Life continues, without his receiving any more attention and family love than previously, and a sort of depression sets it. As he appears to attempt the "death" a second time, his manservant awaits the recovery, only to discover by the end of the day that his master has suffered a heart failure.

Upon his actual death, the family is saddened, Flavia ends her friendship with Catherine, and Catherine comes to say farewell to her two children. Flavia offers Catherine the children, if the children honestly wish to go with her; the elder chooses to and the younger not, but will not be separated from his older brother. Catherine returns to her own family home, announcing to her own brother and sister that she will leave without the children.

The "plot" may sound contrived and more than arcane, but as always, Compton-Burnett's lively dialogue is what her fiction is all about. All conversations are remarkable in her writing, but in this, as in others, it is the discussions between children that reveal metaphysical truths and the complex interworkings of family life. [Douglas Messerli]

Posted by greenintegerblog at 10:31 AM