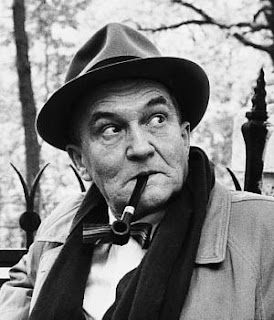 THE WALLS COME TUMBLING DOWN
by Douglas Messerli

In his informative introduction to this collection of short tales by the great Austrian fiction-writer, Heimito von Doderer, translator Vincent Kling explains the psychological structures behind so many of von Doderer's works. For von Doderer, who himself briefly joined the Nazi party before abandoning and renouncing it, what most interested him about humans was their failures, how an individual could be emotionally crippled by seemingly unimportant childhood traumas or humiliations that in adult life creates what he described as Apperzeptionsverweigerung, a calculated refusal to perceive and a refusal of perception of a secondary reality the individual has created around him. Only when that person experiences Menschwerdung, a sudden recognition often triggered by a violent experience and societal shock, can that individual breakthrough to his humanity.

It would be fruitless to reduce von Doderer's great writings to this simple pattern, but it is nonetheless helpful in understanding the motivations of a great many of his characters, not only in the novels The Demons, Every Man A Murderer, and The Strudhof Steps, but in Divertimenti and Variations, translated and published in English for the first time.

Indeed the very first "Divertimento" seems to come almost directly out of The Demons, as a mob of workers rebel in Vienna, sweeping up along with them a purposeless young Technical Institute student, Adrian and a young woman, Rufina Seifert, who works as a cashier in a store which has been among those trashed by the angry crowd. Finding themselves deposited at the edges of the skirmish and bloodied by the flying glass, they escape together, resulting in a relationship that seems more a dependency upon one another than a true passionate affair.

If Adrian has been ignorant of all about him, including the possibility of such violence, Rufina sees herself as the cause of it, as if she herself had willed the crowd into being. Yet strangely they are drawn together and begin an affair that suddenly ends as Adrian realizes how unsophisticated and desperate Rufina has been. Accidently meeting some of his old friends, he stays away from their room, as Rufina breaks down, ridiculously admitting to crimes of "human degradation" and being the cause of "everything that's happened to all those people," before rushing madly into the streets.

Adrian desperately strives to find her, and discovers her in the hospital, where the professor explains to him that she is "incurable," and will be sent to an asylum. For some patients, he explains, "the world simply won't fit into any conventional framework; they no longer possess the ability to put most things to functional use as 'ready-made' objects—predominantly abstract concepts with all their concatenations—which is one of the signs that they're confronting the abyss."

Confronted with these statements, Adrian is forced to leave her in the hospital and he reenters the outside world, where a violent rain and thunderstorm erupts. While Rufina has been lost, Adrian has been saved, come back to himself, so to speak. The story ends at a concert, with "the sky, high and deep in its midnight blue...standing above the many covered tables out on the terrace, above the colorful lights and the flowers." That night, Sofia Mitrofanov falls "all-out in love with Adrian, head over heels." In short, Adrian has been returned to everyday human life.

In "Divertimento No. 5," a young Viennese gentleman, Georg, awakens to find all sorts of trials and tribulations facing him. He has promised friends, the Tangls, that he will take Frau Tangls's pearls to be reset, but has somehow lost them along the way. Meanwhile, he has promised their previously divorced daughter Fanny that he will intercede with her parents about a another, equally undesirable young man she now wants to marry. Georg is tortured by the look and smells of his apartment, and his desperate to move to the suburbs; he may be able to make an exchange with a Doctor Polt, but is skeptical about the meeting. Besides that, his toe is swollen and, although he should see a doctor, he has to get to work!

Jumbling these complaints together and intertwining them, he seems to face a vast array of disasters, which von Doderer comically has him list:

1. Toe (ought to go see the doctors!);
2. Pearls;
3. Hot-water heater (under this point he meant everything about his apartment);
4. Marriage negotiations;
5. Building falling apart.

Running between his job and the classified-ad office, he waits to escape the notice of Fanny, passing by, then juts out into the street where he is hit by a bus.
After being hospitalized for a few days and finding himself able to escape into a blissful world of peace, Georg is determined to spend one more day at home in the protection of his bed.

Word suddenly comes from Frau Tangl that she changed her mind about the pearls being reset; Doctor Polt, having visited Georg's apartment, is quite ready to exchange, even offering to pay more money for his furniture (which Georg abhors); Fanny has found another young man and writes him, that if it's not too late, not to talk to her parents; and Georg's maid has discovered the pearls in one of the pockets of his coat!

Ensconced, at tale's end, in the peaceful green pathways of the suburbs, Georg has returned to normality.

In the best story of this collection, "Divertimento No. 7: The Trumpets of Jericho," we follow the dissipation of a seemingly well adjusted Viennese doctor, who, after witnessing what appears to have been an attack by a obnoxious-looking neighbor, Rambausek, upon an eight- or nine-year old girl, is temporarily stocked by the perpetuator, who is afraid the doctor may turn him in to the police. The neighbor is willing to pay the doctor to keep quiet (he has already paid the girl's parents), but the doctor devises a seemingly ridiculous alternative, that Rambausek go to a certain street near the Café Greilinger and make "three deep knee bends with [his] arms held straight out in front of [him]."

The strange punishment accomplished, the doctor slowly begins to fall himself into more and more deviant behavior, drinking heavily and allowing his apartment to be the scene of rowdy, all-night male parties. An accidental encounter with the young girl and with Rambausek and his wife, seems to further trigger his decay, as he seeks out sex with the mother, Frau Jurak, of the girl Rambausek has raped. The only humanity left him seems to be his fondness for his next door neighbor, Frau Ida.

On one particular such evening a young man attending a party and another doctor friend suggest that they play a trick on the friendly elderly neighbor, involving what they describe as "the trumpets of Jericho." Hiring several trumpeters to lock themselves in playing the triumphal march from Verdi's Aida, the partygoers enter the hall and pound on the door of the "little mousie" next door while shooting off pistols. Entering Frau Ida's apartment, they discover it empty, but riot police soon arrive and the merry-makers are taken away.

Realizing his spin into dereliction, the doctor offers to care for an artist-friend's studio in the suburbs for a lengthy period of time, at first refusing to even return to his old neighborhood. But one evening, walking with Frau Jurak near the river, they discover that her child has nearly drowned, coming upon the scene as Rambausek, having pulled her to safety, is attempting to resuscitate her. The girl regains consciousness and the doctor's hatred for Rambausek abates. The story ends with him on an express train headed west. Like the figures in the other stories I've described, through this violent accident, has been able to awaken himself from a false world, has been able to experience the Menschwerdung necessary to return him to humanity. The false walls of his irreality have come tumbling down.

Using musical phrasing and patterns, von Doderer has in each of these beautifully crafted stories presented the dilemmas of individuals and the societies in which they live, revealing the need for us all to awaken to new visions of life.

Posted by greenintegerblog at 9:06 AM