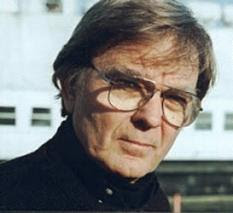 Still another "crime" concerns the relentless erotic drives of the people attending the party, their insatiable desires that rage despite all connection with external reality. And what of the policeman sent to solve the murder? Inspector Pardew appears to be altogether inappropriate, more a mystical poet than a criminologist: "The most important clues," he says, "are not facts, but rather why you might call 'impressions of radiance.'" He pronounces that he might "solve the crime, you see, only to discover that its very definition has moved on to another plane." But it is Coover's powerful and disquieting assertion that the novel itself is a crime, analogous to the various murders and disruptions that occur at the party: "All words lie. Language is the square hole we keep trying to jam the round peg of life into. It's the most insane thing we do...A fucking crime."

The novel we are experiencing, like all art, "can start from the most trivial image or idea and suddenly, like those monsters in the movies, transform itself and overwhelm you." Thus, the novel is not only about a series of crimes; its very manner of telling, its narration, is conjoined with its circumstances—the language is interactive, turbulent, often consisting of puzzling shifts of subject and center. For to tell is to remember, and to remember through words is to achieve a "hardening of time." Of all crimes, Gerald suggests, the worst is "turning back": "rigidified memory, attachment to the past."

Part of the novel's challenge is the chaos of description: there are the events, first of all. There is the party and its celebration of erotic life. Encased in the party is the murder and its ritualization of death. These "events" are paired with fragmented verbal treatises on time and memory. And everything is encompassed by an ongoing improvised theory of theatre that is doubled by a film that is being created as the murder is being solved. The effect is of "an intermingling of life and dream that was very much like madness." Our experience of reading the novel affirms the novel's truth: "All conversations were encased in others, spoken and unspoken. I knew that. It was what gave them their true dimension, even as it made their referents recede. Throughout his career, Coover has demonstrated that "the center [is] never quite where or what you think it is." Gerald's Party is another milestone on that journey: it is funny, powerful, and deeply affecting. [Geoffrey Green, The Review of Contemporary Fiction]

Posted by greenintegerblog at 8:49 AM