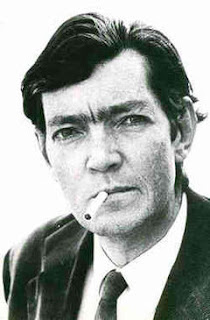 The publication of an English translation of Julio Cortázar's first novel is most definitely a cause for cheer. In Final Exam, Cortázar, as he does in his best short work, walks a tight line between fantasy and reality. He ably blends the surreal, so often present in his short work, with the narrative experiments of many of his novels. The result is work of unremitting tension and boredom, of sinister and the comic—a difficult work, to be sure, but one which yields many pleasures.

The narrative follows the meandering path of Juan and Clara, two students preparing to take their final university exam, who decide to wander through the city instead of studying. Along for the stroll are Andrés, an intellectual dropout and a former lover of Clara's, his girlfriend Stella, and a newspaper man called only "the chronicler." Shadowing the group through the city is a former friend named Abel who, it comes clear, bears ill will and means danger to Juan and Clara. The city itself is enveloped in a mysterious fog, seemingly without origin.

For the most part nothing much happens in Final Exam, and this is part of the point. The novel is almost all atmosphere: mysterious fog, glimpses of the sinister Abel, ghostly public gatherings. The action, when there is action, occurs in fits and starts, often (like to fog) without understandable origin and with anticlimatic ending. Highly intelligent and disaffected, the traveling companions analyze events as they happen in intellectual conversation replete with citations of literature, film, and philosophy; yet they are unable to keep their weird city environment ultimately from insinuating itself into their lives. [Gregory Howard, The Review of Contemporary Fiction]