Jamal En-nehas | Review of Amin Maalouf's The Gardens of Light 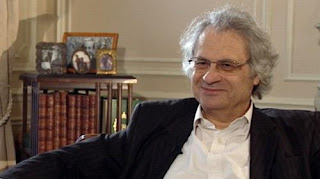 The Gardens of Light, which originally appeared in French as Les jardins de lumière (1991), is a journey in times, space and myth. History, fiction, and mythology ingeniously blend to create a saga of the life and times of Mani, the third-century Mesopotamian mystic, doctor, and artist. The name Mani, or Manes, eventually lends itself to the term Manicheism, a syncretic doctrine incorporation elements of both religion and mythology. Mani's journey takes on an epic dimension and is fraught with confrontation and danger. From the Whiteclad Brethren circle at the palm grove, Mani sets out first to Ctesiphon and then to India to preach his religion and amass followers.

His witty, noncommittal philosophy has secured him—without resort to sycophancy and ingratiation—the friendship and trust of emperors and disciples, but has also alienated him from others and led to his downfall and martyrdom. Mani's followers idolize him as the founder of a new creed bent on challenging the Roman and Sassanian establishments, while his detractors take him for an undesirable renegade, an intruding imposter. But prior to his banishment, imprisonment, and humiliation, Mani has been successful in influencing monarchs such as Shapur and Hormisdas and in luring the implacable courtiers and magi into believing that he can actually communicate with his alter ego, give counsel, and heal. Nevertheless, Mani's shortcomings, which include irresolution, a faltering ego, and a lack of astuteness and expediency in addressing cynical audiences, make him all the more vulnerable and further his opponents' skepticism.

He also compromises his privileged status among the Sassanians as the emperor's protégé by refusing to endorse their belligerent move against the Romans. However, Mani's flaws are somehow redeemed by his natural ability to gain the friendship of kings and emperors and to lobby for imperial edicts to travel and preach freely. Above all, his popularity, especially among the plebeians, resides in understanding and embracing the cause of the downtrodden, the poor, and the homeless. In denouncing caste, class, power, and glory, Mani succeeds in appealing to the masses. As a martyrology, The Gardens of Light does not differ essentially from the classical accounts of martyrs commonly found in Western literature. Mani looks rather like an impotent "man for all seasons" in need of a sharp, down-to-earth vision. Thematically, readers will probably find the story flat and less than engaging, but they will certainly not fail to discern the subtlety and smoothness of the narrative, the craft of the storytelling, and the free interplay of fiction, history, and mythology. Amin Maalouf's strength lies essentially in his ability to fictionalize history and historicize fiction.... [Jamal En-nehas, World Literature Today]

Posted by greenintegerblog at 7:49 AM