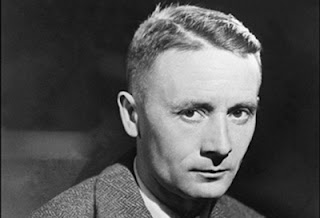 If Julien Gracq is hardly an author read in every household, his name has nonetheless become a household word synonymous with a sort of inaccessible elegance in French style, a style indeed so dazzling that critical appraisals of his work tend to be limited to that very acknowledgement, the ever-modulated music of his adverb-and-adjective-rich sentences including a persistent reverie in the reader, a reverie which numbs the critical faculties as if by means of some prosodic opium.

And it is reverie, along with memory and desire, along with internalized topography of a city "almost more imagined than known," the city of Nantes, which define the concerns of Gracq's...La forme d'une ville. ...Gracq is in search of what he has become "through" the streets of Nantes and of what they have become through him.

It is mainly Gracq's years in a strict boarding school during the twenties which are evoked in this book, that "singular condition" (the school children were allowed to leave only on Sundays and on rare outings) having enabled or obliged the child to "keep material landmarks at a distance" and "to provide it with life and flesh according to law of desire rather than according to that of objectivity."

Inevitably the city, visible over the high walls of the school courtyard only in tree-and rooftops, came to represent freedom, specifically the area in which freedom was defined spatially; hence, for the mature author, the space in which his imagination and memory can freely stroll. Neither novel or essay, La forme d'une ville is a monestic flânerie.... [John Taylor, The Review of Contemporary Fiction]

Posted by greenintegerblog at 10:41 AM