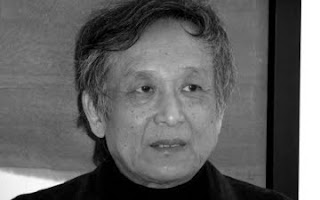 In its occasionally quixotic battle for universalism, the Swedish Academy often awards the Nobel Prize for literature to a writer whose name is greeted with surprise and ignorance by the world press. (One doesn't have to search too far back in the annals to unearth Vicente Aleixandre in 1977, or Eyvind Johnson and Harry Martinson, who shared the prize in 1974, about whom ignorance is still almost complete).

This year's winner, Chinese expatriate Gao Xingjian, is not only relatively unknown in this country but virtually untranslated into English. A resident of Paris since the late 1980s, Gao is best known in Europe for his plays and his paintings. But it seems, according to the helpful introduction by the Australian translator Mabel Lee (who also provides a bibliography of Gao's works in English and French), that the author was also something of a political thorn in the Beijing of the early 1980s. Soul Mountain, written in 1990, is the first example of Gao's fiction to appear in English. As a true work of great literature, it ought immediately to vault Gao out of obscurity and into the ranks of the first-class laureates.

Soul Mountain is billed as a novel. But it is a novel in which the author has included "travel notes, moralistic ramblings, feelings, notes, jottings, untheoretical discussions, unfable-like fables, copied out some folks songs, added some legend-like nonsense of [his] own invention." It is a novel that threatens at first, in the style of fellow laureate Thomas Mann's The Magic Mountain, to join the school of bronchiotopographical fiction. The middle-aged hero, like the author himself, has recently been forced to confront his mortality thanks to a diagnosis of lung cancer. Yet, after six weeks of lying on a stone slab outside a forgotten cemetery practicing "a form of qigong related to the Eight Trigrams" and studying The Book of Changes with Corrections to the Zhou Commentary, the hero has another X-ray taken and, mirabile dictu, the shadow on his lung is gone. In search of a new way for his life (and because his writings have put him out of sympathy with the government), he leaves Beijing for the source of the Yangtze and the mysterious and mystical Lingsban or Soul Mountain.

Barely into his journey, however, the novel takes a turn that no tubercular dream of Hans Castrop's could every have imagined. The identity of the hero divides. Sometimes "I," sometimes "he" and, after he creates a fictional female traveling companion with her own problems of escape and discovery, sometimes "you," the personalities of the hero mix as freely as the spirits of the folk tales and stories of the ordinary people he encounters, to whom miracles happen as easily as disasters. Split or together, the hero travels up mountains by bus and foot, down rivers by boat, across nature reserves full of mythic snakes, sleeping rough or in local inns and friendly houses where there is always the imagined company of a fellow drinker or a curious woman.

Quickly Soul Mountain ceases to be the story of Mann and becomes a splendid stewpot in the spirit of Bruce Chatwin's The Songlines, the historical mosaics of Eduardo Galeano and the hopscotch jigsaws of Julio Cortázar. Anthropology mixes with political history, stories of bear-footed Wild Men meld with tales of opium gangsters and crooked cadres, Confucian aphorisms rime chapters as barnacled as the catalogs of proverbs in Moby-Dick. One hallucingenic chapter on a Tibeta plateau takes the hero past his old fear of death. "A dark blue sun circles within an even darker moon, you hold your breath enraptured, stop breathing, reach the extremity of life." To a score that could have been written by Iannis Xenakis for Stanley Kubrick's 2001: A Space Odyssey, the hero looks out from "the physical body you failed to abandon.... In the darkness, in the corner of the room, the line of bright red lights on your tape recorder is flashing." In another odyssey, he journeys through a nether world where the river sighs with the moans of girls who have drowned themselves in the weeds.

Occasionally the philosophy reeks more of M. Scott Peck that Der Zauberberg. "When you think about it, life in fact doesn't have what may be called ultimate goals. It's just like this hornet's nest. It's a pity to abandon it, yet if one tries to remove it one will encounter a stinging attack. Best to leave it just hanging there so that it can be admired." Much better are the moments when Gao lets the story ripen with the tang of parable, as in one brief encounter when a beautiful young girl lets the hero take her photograph in exchange for the promise he will send her a copy in Chengdu. "Later," he writes, "when I return to Chengdu, I pass by this jold street. I remember the number of her house and go past the front of it but don't go in. I don't send her the photo afterwards either. After developing my big pile of film, apart from the few I really need, I don't print most of it. I don't know," he adds, "whether or not one day I'll have all this film made into prints, nor do I know whether she will look as stunningly beautiful in the photo."

In the end, Gao's wanderer returns to Beijing, cured of the very miracle that set him on his journey. Motion has taken him not just away from himself and his past life but to the lives and—even more important—the stories of hundreds of other men and women. He has found survival not just in motion but in words. And ultimately, it is the miracle of those words that wins Nobels. [Jonathan Levi, Los Angeles Times Book Review]

Posted by greenintegerblog at 7:06 AM