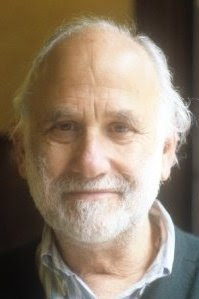 Sam Eisenstein is at home in the cosmos. You remember the cosmos: the vastness that touched the spiritual, that justified vertical—rather than horizontal—thought, and that, from Newton to NASA, has been steadily diminished into a shabby something we now call "space." Eisenstein cherishes the cosmos—and understand the only way to touch it. Love. Not love like Hallmark cards or cheesy Hollywood romances, but more like those terrifying-enthralling myths of lovers who explode into star clusters or whose lust changes them into spittling pigs. Sam Eisenstein marvels at the ancient itch of lust, understands that its enticing energy effortlessly structures and then detonates private universes. Eisenstein marvels at the sheer breadth of its impact, how it slams gently into consciousness, how its subtle terrorism un-works, un-clarifies.

With the heart of a Beat poet and the soul of a medieval divine, Eisenstein knows that lust translated into dreary backyard realism thins its vicious splendor into pedestrian urges and inevitably reduces fiction to greeting-card platitudes or talk-show psycho-blather. Eisenstein fears simplification, rejects definition, sees little redemption in linearity. He compels a universe mysteriously twinned, and every noble impulse grounded in the muck; his keen, audacious imagining of lust into a resonant spiritual drama reminds us, underexposed to the unironic sense of lust as a cosmic drive, that those peaky itches we long to scratch connect us to wonders we seldom pause to appreciate. Thankfully, Eisenstein does.

Cosmic Cow is a spiritual journey into lust, a compelling reimagining of the unsettling impact of that intrusive cut of certainty that beckons a soul to undertake its own consumption. it is a first-person narrative, that intimacy lending a tonic sense of eyewitness as events spin effortlessly into the mythic. It is at its most accessible level an(other) exercise in dreary street-realism: a cabbie with the heart of a poet picks up a stray teenager on her way to an abortion. But Eisenstein is restless with open-eyed realism. As the title suggests, the body, despite its awkward layering of biological circuitry, is atemporal, spaceless, and, yes, cosmic. The wounded, bleeding girl will become Judy—the poet-cabbie conjures his passion for this street waif into a compelling journey in which that lust/love will take him through geographies that resonate: the polar wastes of Tierra del Fuego, the prehistoric bogs of Ireland, the rip and click of San Francisco nightstreets. Imagine Jung rewriting Ovid, Dante channeling Burroughs, Augustine penning letters to Penthouse. Judy will transform into a half-dozen avatars, each erotic and forbidding. Resolution is not Eisenstein's goal—rather it is the search, restlessness itself.

And if Cosmic Cow, with its daunting reach outward/inward, suggests a vast scale that Eisenstein relishes, Nudibranchia, a sort of string quartet to Cosmic Cow's symphony, reminds us that the cosmos can come down to a gathering of defeated professors at dead-end jobs at a southern California junior college. A faculty is jolted by anew junior-faculty member, a striking charismatic Catholic. And as we meet the department—the secretary (a Muslim who feels the erotic pull of the new teacher), the wizened department chair (a practicing Buddhist whose powerful meditative sessions cause such palpitations that he tells colleagues he as the onset of Parkinson's), a formidable professor certain that he is a Satan, or at least capable of assuming the appropriate satanic shapes—Eisenstein ultimately affirms that it is language that salvages lust and, like alchemy, transforms its leaden ugliness and drab routine into a precious, if fragile, conviction of spirit. It is a conjure we slugs welcome. [Review of Contemporary Fiction]

Posted by Douglas Messerli at 10:09 AM