Lee Siegel | Review of Reinaldo Arenas' The Color of Summer 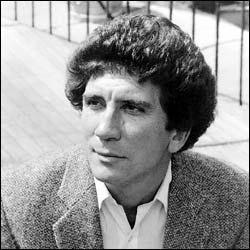 Review of Reinaldo Arenas' The Color of Summer
by Lee Siegel

"This is the story of an island," we read on five separate occasions in Reinaldo Arenas's last novel, The Color of Summer, as if the story were beginning again and again. This is because, within the book, a novel that is also called The Color of Summer repeatedly disappears; it's misplaced, stolen, confiscated, scattered and destroyed. And so it must be perpetually rewritten by its daying author—or authors.

The island in the story is Cuba. And Arenas is a man who, having fought as a teenager for Castro's revolution, rejected the regime when it turned on him as a homosexual and a writers (inextricable identities for Arenas) and censored, persecuted and imprisoned him. Although The Color of Summer is set in 1999 (nearly a decade after it was written), it means to preserve a vision of a gay underground in Cuba during the 1960's and 70's, when homosexuality was deemed antirevolutionary and homosexuals were sent to labor camps for rehabilitation.

Continually rewriting the endless lost story of that era is all that Arenas can do to fight back. "All writing is revenge," he proclaims. Written words, like ammunition loaded into this strange Uzi of a book, are fired in a desperate assault on ideological codes and regulated norms of sexuality, politics and literature. The Color of Summer is the penultimate volume in Arenas's Pentagonía—a series of five passionate novels about the agonies of modern Cuba—but it is the last to have been composed. Stricken with AIDS, the author had intravenous needles in his hands when he completed it; shortly afterwards, in 1990, at the age of 47, he committed suicide.

The Color of Summer is a horrible book—monumentally, brilliantly and exquistely horrible. "I have suffered not only my own horror," Arenas writes in the foreword, "but also the horror of all those who have not even been able to publish their horror. Not to mention that I myself will soon be dying." That this "foreword" comes in the middle of the book is significant. "The novel never really begins or ends at any particular place," Arenas writes. "Readers can begin it anywhere and read until they come back to their starting point."

At the center of this verbal whirlpool, spinning out stories, prayers, lists, tongue twisters, letters, taxonomies, lectures, vignettes, aphorisms, dreams, confessions, diatribes and farces, a manifestation of the real-life author is fragmented into three personalities: "I'm not a person, I'm two or three people at the same time. For you, I'm still Gabriel, for those who read what I write but hardly every publish, I'm Reinaldo, for the rest of my friends, with whom I escape from time to time in order to be totally myself, I'm Skunk in a Funk."

These three "authors" interrupt, contradict and mock each other, write lugubrious, loving letters to one another, change voices and moods, switch genders and turn into one another. When Skunk in the Funk (as Andrew Hurley's audacious translation appropriately renders "Tétrica Mofeta"), after having rewritten The Color of Summer several times, is forced by the Cuban government to denounce the work and burn it, Gabriel takes a box of matches and Reinaldo sets fire to the manuscript. The public threesome must merge into a privately unified self to rewrite the book once more. This splitting of the narrator into three personae is an explicit comment on the inevitable fragmentation of the personality (into public and private, outer and inner, lawful and illicit) in authoritarian societies. The novel is about an arduous struggle to reconstitute a fractured self under tyranny.

Arenas explains that his book is "a grotesque and satirical (and therefore realistic) portrait of an aging tyranny and the tyrant himself, the apotheosis of horror." It details "the attitude of not taking anything seriously in order to go on surviving," and views sex as "the immediate means of escape." This ferociously priapic and relentlessly concupiscent novel celebrates furtive masturbation, fellation and sodomy as modes not only of escape and solace but also protest and redemption. "For Sunk in a Funk, sex had been an act almost of rebellion, certainly of freedom and fun," Arenas writes. "For Gabriel, picking up a man was a heroic act.... For Reinald, glory lay in free, spontaneous crusing, the unexpected pickup." Sexual pleasure is an "infinitely powerful weapon" and "the only weapon that we possess."

In prison, the portean protagonist refuses to engage in homosexual intercourse because there everyone is doing it: any activity loses its capacity to be heroic or glorious to the degree that it becomes normal. For Arenas, sexual, literary and political conventions are oppressions; deviance and promiscuity are liberties. One chapter is a series of aphorisms, including these: "Suffering degrades us; pleasure corrups us"; "Nothing is as perverse as freedom; those who have it can't stand it, and those who don't have it kill each other for it"; "There is only one strength: the strength of desperation"; "Sex is a source of bitterness. Life and death are two viruses that are transmitted by sexual contact."

The story of the island—which is described as "a constant battleground, a vipers' nest of intrigue, abuse, mistreatment and unending horror"—is told as a grotesque human comedy and social satire with, and for the sake of, an ejaculatory and liberating laughter.

At the story's end, after a phantasmagoric celebration of carnival, the island breaks away from its foundation, floats off and sinks into the sea. Then a bloodthirsty shark—to whom an insanely despotic caricature of Castro has been capriciously throwing hapless victims—turns toward the narrator. "As the shark devoured her, Skunk in a Funk realized that she was losing her life, but before she did so, she was determined to start her novel again." The book is a pained affirmation of the uncanny pleasure of maintaining hope when all is profoundly hopeless.

Posted by Douglas Messerli at 9:18 AM