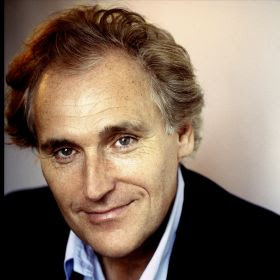 He is one more colonial relic, an old man in Java, sitting in the smoke from his burning coffee fields, mobbed by memories of his long and astonishing life. There have been thousands like him—broke, afraid to sleep because of their dreams, out of place and going out of control—but nobody is quite like this old man. He is Kwasi Boachi, prince of the Ashanti, from the Gold Coast of West Africa, a man who remembers the royal courts of two continents as well as the taste of pea soup and endless salty voyages. He has lost his usefulness to the Dutch and become a problem in a colony where white skin is the only badge of power.

The Two Hearts of Kwasi Boachi, Arthur Japin's rich and risky first novel, is a telling fragment from the saga of replacement that Europe's empires imposed on other peoples' bodies and souls. And it rests on the solid historical basis: two Ashanti princes were indeed sent from their homeland to the Netherlands in the 1830's to guarantee a convenient deal that give the Dutch "recruits" from Africa when they could no longer legally take slaves. These two boys were wrenched out of one culture and inoculated with another, but they came to realize that their European manners, skills and learning counted for nothing much at all. They were forced to fail because that was what blacks were supposed to do.

A less exact and intelligent writer might have made a sermon out of these facts and traded on our smug assumption that somehow our racism is cleaner than that of our grandfathers. The young princes are beaten up on the street and bullied at school; they are flustered by the Dutch custom of blackface Black Peters who birch the naughty while St. Nicholas rewards the nice. they have only each other, and inevitably they grow apart. Kwasi, the engineer who is not allowed near the mines, learns to compromise, even playing Black Peter for the royal court before he ships out to the East Indies. His cousin Kwame, the soldier who is not allowed out of the fort, returns to Africa and find himself still in exile.

Japin makes us live this exile, its pleasures as well as its horrors. His characters aren't slogans and examples form some textbook on imperial sins; they love and thrive long before any system starts to deal them hammer blows. For that reason, we can never take refuge in simple, comforting notions about their fate.

The trick here depends on working the surfaces of things until they are exact—whether it is a fever dream of Africa, the green fields of Java, the cold of a Dutch sickroom. It's a pleasure to report that Japin's translator, Ina Rilke, admirably matches his language, especially since we have suffered so many catastrophic translations from the Dutch—some so bad that writers have repudiated them, sone so strange that we can only glimpse the original behind a fog of words. Rilke's achievement is all the more impressive because Japin often deals in images that need to be kept on a tight leash: a painting of the princes that fades with time; a wounded monkey, running from his tribe, who meets up with a heartsick prince who can't go back to his own kingdom. Only precision staves off the picturesque when we're shown the butterflies that are used to track air currents after a mine disaster, emerging with the human survivor in a dazzling cloud.

The story has an almost anachronistic feel: school bullies that Tom Brown might have known, class rules that Trollope would have understood, profoundly felt affection that is unsentimental because it is so direct and a sense of doom as inexorable as in any Dickensian tear-jerker. What it lacks, most interestingly, is the sticky hothouse eroticism of some Dutch colonial writing, the ponderously known omens that empire is only a tenuous thing.

Japin faces directly the issues of etiquette that surround a white writer inventing a voice for a black man. His Africa isn't an anthropological list. Rather, it is as vividly ordinary, if unfamiliar, as his 19th century Netherlands. He knows the best evidence he has for the life of the colonized may be the letters and dispatches of the colonizers, men with uninformed eyes. Thus the "official" record becomes an element of his story.

His greatest asset is Kwasi Boachi, whose tragedy is just what makes him such a perfect cultural go-between. In Dutch, this book had a more exact title: The Black Man with the White Heart. Kwasi becomes "black" only among white men, who care about such things, but that is where he is trained to think as white men do. This double bind, twisted by imperial circumstance, is the whole point of his story: one heart, and how it is broken. Japin's version of Kwasi is a hard-drinking student just like his Dutch colleagues, a royal exile just like the European princesses he meets, who are married in foreign courts. His world is bounded by Homer and Goethe. To shut out images of his mother, his past, he thinks of "other things—Dutch things"; he tells, of course, "white" lies. Because we share Kwasi's cultural coordinates, we feel even more strongly his righteous anger, which must constantly be tamped down so he can seem "invulnerable."

Sometimes, for all his prodigious energy, Japin does falter. He can be a bit too precise for his own devices, as when he indulges himself with a framing structure that calls for a big, fat revelation at the end—but on the last pages delivers only a pedantic proof of the racism that has already been pinned down so exactly, detail by detail. And just occasionally, in a book that has such various settings, we catch the author tripping over his own file cards. There are a few tooth-grindingly awkward pages at the court of Weimar, where we glimpse Hans Christian Andersen and spot the Schiller family reviving the story of Tannhäuser for Wagner's eventual benefit. This last is a gratuitous misstep; we don't believe that Kwasi Boachi foresaw or cared about where Teutonic myth would take the Germans. We resent such a generalization among so much specific brilliance.

But these are petty objections to a deeply humane book about a spectacularly exotic subject. It is a spaciousness and stamina, and an unforced sense of history, that nowadays are almost as unusual as Kwasi Boachi himself. [Michael Pye, The New York Times Book Review]

Posted by Douglas Messerli at 7:55 AM