Paul Binding | Review of Russell Banks' The Angel on the Roof 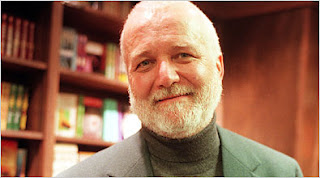 It's true of trailer parks," observes Russel Banks in his long short story, "The Fisherman," "that the people who live there are generally alone at the centre of their lives." Trailers, which vary in size, shape, condition and quality, have this in common; they are only superficially grounded, they rest on the land without the foundations necessary for the more bourgeois buildings of town or suburb. Similarly their occupants, though they may remain in their trailers, indeed in the same park, for many years, never quite form, or even add up to, a community—however cognizant they are of one another's doings, whatever the friendships or enmities that develop between them. Their mode of living preserves (as it derives from) a detachment, which with advancing age becomes just another name for loneliness. They are widows and widowers, divorcees and bachelors and retired Army offices, a black man in a white society, a homosexual in a heterosexual society—all of them, man and woman, adult and child, basically alone in the world.

Viewed thus, the park is, Banks suggests, the perfect metaphor for late twentieth-century American society; the connections between the inhabitants are fractured ones, the shared vocabulary, which at times can promote enthusiastic alliances, is inadequate, lacking in richness or civilized subtlety. Russell Banks called one of his collections of stories simply Trailerpark, and seven of those included here come from that 1981 publication, including two of novella length—"The Fisherman" and "The Guinea Pig Lady"—and a shorter tale, emotionally the equal of these two superb pieces, "Dis Bwoy, Him Gwan." The Trailerpark stories interrelated. Indeed, for one so concerned with the fragmentation of society and a culture too wisdely dispersed to give required sustenance, Banks is an unusually rooted author. The Trailerpark is, we learn, sited a few miles outside a New Hampshire mill-town which Russell calls Catamount, situated on the shore of a like (shaped like a turkey, with an island where the turkey's eye should be), and it contains twelve trailers numbered and itemized most precisely. Most of the thirty-one stories in The Angel on the Roof take place in Banks' native New Hampshire, the Granite State, with Catamount not so much a setting as a recurrent and dominant character. And the inter-relations can be found in stories other than the Trailerpark ones.

Banks has arranged his work (as he explains in his afterword) in an imaginative order of his own choosing. This means that we encounter, early on, episodes from personal histories which cast light on what is presented to us later. In "Dis Bwoy, Him Gwan," we witness the appalling death of a frightened college student, Bruce Severance, murdered by two drug-dealers to whom he has been selling inferior Granite State wild hemp. Later, in "The Guinea Pig Lad," we meet Bruce again in all his youthful complacency, and our knowledge of his fate endows his activities—his lazy love-making, his second-hand but sincere little speeches—with a terrible pathos. In "Firewood," with its vivid evocation of the onset of New England winter, an elderly man, Nelson Painter, is shown in hard-drinking boredom, haunted by his failed relationships with his grown-up sons, one of whom, Earl is on pleasant, indeed jaunty terms with his father. "Queen for a Day," 132 pages later, clarifies this puzzling situation. We are back in Earl's boyhood, at the time when he is coping with the break-up of his parents' marriage, angry with his father, passionately solicitous towards his mother. but we watch the growth of his desire for everything to alter and turn amiable, for all emotional hostilities to cease, which will condition his adult behaviour—especially to his ageing father. Banks's insights into the reactions of a boy to his parents' discord are attentive to the inconsistencies and intensity of a teenager's feeling.

Russell Banks is perhaps best known in Britain as the author of Continental Drift (1985) and Rule of the Bone (1995), but he has been writing short stories since his college days when he fell in love with the medium.

[It] thrills me still. It invites me today, as it did back
then, to behave on the page in a way that is more reckless,
more sharply painful, and more broadly comic than is allowed
in the steady, slow, bourgeois respectability of the novel,
which, like a good marriage, demands long-term commitment,
tolerance and compromise.

From the order in which they were written, one can see how his writing matured after his second collection The New World (1978); some of the most successful work here—for example, "Djinn," a nerve-rasping account of the impact of Congolese Africa on an impressionable young American businessman—are recent, published in book-form for the first time.

This volume's cast of construction workers, trailer trash, men blundering from one woman to the next, and of the mixed-up sons they beget—Banks' world is very much a male one—will inevitably bring Raymond Carver and the "dirty realists" to mind. And yet the kinship, is, I think, more cultural than artistic or intellectual. Carver's—and Tobias Wolff's—method is the foreshortened epiphany, while Russell probably distrusts the epiphanic. His tales demand a stretch of time and require some mode of apprehension that contradicts as well as appropriates linear presentation. In story after story, Banks sets up tensions between the historically sequential and the a-historically true. Perhaps the most powerful instance of this is "Sarah Cole: a Type of Love Story." Moving in and out of first-person narration, Banks gives us a history—of the relationship between a good looking man and a homely woman—which we believe ends in her death. It is only on the last page that we see that the events and their conclusion are both impositions on external reality by the guilty male, who behaved to Sarah with what he calls as uncharacteristic, but reprehensible, cruelty.

This story is a good example of what it is that makes Banks so important and impressive a writer: his unflinching belief in mercy. It is his strong sense of the need for mercy that makes of some of his most ambitious stories—"Plains of Abraham," "The Guinea Pig Lady," "Sarah Cole"—effective challenges to those compromising qualities in the conventionalized bourgeois self which he has so eloquently berated. [Paul Binding, Times Literary Supplement]

Posted by Douglas Messerli at 8:31 AM