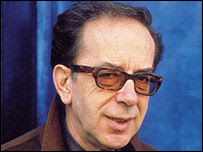 When Clair de lune (A Moonlit Night) was original published in Albania...in January 1985, it caused something of a scandal. It was one of the rare occasions under the dictatorship during which Ismaïl Kadare ventured to take up a contemporary theme. As Stalinist Albania was not a country noted for its excess of tolerance in any respect, one had to tread with extreme caution in dealing with social realities, and in particular with anything vaguely associated with sex.

Albanian prose on contemporary themes had consisted up to then of standard panegyrics on the creation of the perfect communist society and on the conversion of workers and intellectuals to the new obligatory religion. Kadare chose a topic which seemed safe enough at first glance. Women's liberation from the yoke of patriarchal society had, after all, been one of the great goals of the party during the late 1960s. What place had petit-bourgeois morality in a socialist society? While walking home with her would-be boyfriend one moonlit night, young Marianne happens to wonder out loud whether love is a stronger emotion in men than in women. Her peer group soon gets wind of her rather innocent verbal meanderings, though, and in a stifling atmosphere of petty gossip, jealousy, and ill will, the whole machinery of social control comes down upon her.

At an organized "meeting" of her fellow workers, matters get out of hand, and Marianne is publicly required to present a medical certificate of virginity, as definitive proof of her moral standing in the community. Clair de lune was banned a few months after publication, not so much for its peripheral treatment of sex as for its harsh and very realistic portrayal of how the mechanisms of the infamous workers' "meetings" of the period, the very memory of which every Albanian still dreads, could destroy the life of an innocent individual. This being said, it is evident that Clair de lune is more than simply a political statement. The past...years since the fall of the dictatorship have shown that Albanian society, closely knit and very much molded by and subject to traditional patriarchal values, is and remains basically intolerant. Social constraints on women and on sexual behavior are features of this society which have transcended political ideology. As such, a reissue of this world in Albanian would do not harm..... [Robert Elsie, World Literature Today]

Posted by Douglas Messerli at 8:44 AM