Will Blythe | Review of Barthelme's The Law of Averages 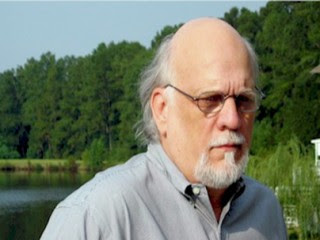 Review of Frederick Barthelme's The Law of Averages: New and Selected Stories
by Will Blythe

There must be two Frederick Barthelmes—one an exceedingly fine writer, one most decidedly not. How else can we account for the nearly bipolar discrepancy in quality among the 29 stories assembled in The Law of Averages? When Barthelme is bad, he's dreadful, with his misguided attempts to import the high French fashions of Alain Robbe-Grillet (plotlessness, banality raised to an art) to the Wal-Mart environs of the so-called Sun Belt, where most of these stories are set. Those Gallic suits that look so austere yet snappy in Paris are just too formal, too constrictive for such a steamy climate. But when Barthelme is good, he's astoundingly good, in a way that mocks his reputation as a minimalist, if by minimalism we mean narratives purged of effervescence and lilt.

In fact, a casual lyricism crops up at various points in this collection, a selection of stories from the last two decades, with nearly all the poetry invested in the sort of in-between American settings we normally think of as banal—parking lots, strip malls, fast-fodd franchises and apartment complexes. While Barthelme may not exactly do for a takeout bucket of fried chicken what Proust did for the madeleine, his attention to the overlooked and quotidian can result in some lovely passages, as in the following from the title story, where the narrator strolls at night outside his date's apartment: "I had forgotten what it felt like to look down a 500-yard line of apartments, cars parked in front, yellow streetlamps dousing the asphalt with little slicks of light; forgotten the pleasure of somebody pulling up across the street at 2:30 in the morning, some couple coming in from a party or a club, their too-bright, too-loud voices suddenly hushed when they see you.... This wasn't a fancy project, but under the cover of night it was gently transformed into a place of small mysteries.

And yet for all of Barthelme's admirable focus on the commonplace, the question that initially animates one's reading of The Law of Averages is whether the author will every lavish the same tenderness he shows for, say, asphalt on people.

The first several stories here, composed in the early 1980s, are not promising in that respect. In them, Barthelme appears more interested in the nature of narrative than human nature. He's Kafka lost in the aisles of Kmart, discharging irksome fables about the limits of storytelling. The stories thrust their inscrutability in the face of the readers, taunting them with an absence of meaning. In "Domestic," for example, a wife watches her husband digging a hole in the backyard. "Why are you doing that?" she asks. "I am doing this," he answers, "because this is what I like, this is something I like, digging this hole. ...This is valuable to me and from this I derive pleasure." As it turns out, there's a history of hole digging on the wife's side of the family, too, but that's not enough to allay her anxieties. Nor, I should add, the reader's.

All too frequently, the characters in these stories seem lobotomized, especially the men, who are strikingly passive and keep their masculinity on a short leash. The protagonist of "Shopgirls," for instance, spends his days in the mall, wandering from one women's department to another, spying on the salesgirls. He's 36 and terminally befuddled. (Perhaps he has inhaled too many spritzes of sample perfume.) One day, as he pretends to scrutinize some purses, a vigilant clerk nabs him in the act. Rather than rebuke him, she takes him out to lunch with her workmates and then home to her apartment, where she feeds him, tells him an odd story about hurricanes and her father's suicide, and then goes to bed. Our hero resigns himself quite contentedly on the sofa. On every possible level, this story resists seduction.

The denizens of Barthelme's failed narratives barely rise about their demographic profile. We know that they inhabit places with names such as Chateau Belvedere and the Santa Rosa Apartments, that they eat at Shoney's and ShowBiz Pizza and that they like to watch CNN and Jay Leno. Their inner lives, however, are terra incognita. They are allowed quirks but no tragedy.

But just when you are ready to bring Barthelme up on capital charges of condescension, he suddenly hits his stride. The middle stories of the collection, composed mostly in the decade starting in the lmid-80's, are often amazing—fluid, emotional and daring, as if water has been added to his freeze-dried narratives of the past. His defects have somehow evolved into virtues. Because he so distrusts traditional narrative structures, he invents his own peculiar dramas, and the stories feel fresh and true to ordinary life, their plots unhackneyed and their endings indeterminate in a satisfying way.

Barthelme is great on the shivery delight of buying things—an act that is usually skewered in American fiction. One of the strongest stories in the collection is "Driver," in which the narrator, an average middle-class guy (and Toyota owner), impulsively buys a Lincoln that has been customized as a lowrider and adorned on the side with an airbrushed illustration of the Virgin Mary ambling around an orange grove. We might expect his wife to be horrified by the purchase, but she too feels transformed and giddy, as the narrator makes clear: "When I missed alight next to Pfeiffer Chemicals, a couple of acres of pipes and ladders and vats and winking green lamps, I leaned over to kiss her cheek, but she turned at the last minute and caught me with her lips."

The people in Barthelme's best stories still skirt the edge of derangement, but their meltdowns result in pained comedy underlaid with compassion. In "Cooker," a father flirting with a breakdown shares a pup tent in the backyard with his son. He confesses that he never wanted any children. "You're a problem, you know? Kids are. I don't want to treat you like a pet," he tells the boy, "but you're small—and, of necessity, kind of dumb." It's the dad, tucked into a sleeping bag, who ends the evening in need of a parent. And in "Law of Averages," a divorced father goes on a bumbling date with his daughter's fifth-grade civics teacher. He's unmoored and clueless. "I'd been so close to my wife that now when I was around somebody else I felt like I wasn't where I was supposed to be." Somehow, though, he perseveres. "We made love," he confides, "and it wasn't a disaster." The characters' expectations of life are usually chastened by failure, but that makes even their small victories reverberate.

Not all of the more recent stories succeed, but it's not for the lack of heart. How, then, does one explain the radical distance between the two Barthelmes at work here? It's a matter of sweetness, really. The bad Barthelme holds up his characters for our delectation as if he were a professor of American studies, giving a course on those people who like Elvis. The good Barthelme, on the other hand, writes from the middle of life, a curious guy with a tender disposition and a great affection for the humdrum. His stories command the preponderance of this collection, so that in the end, for all the book's manic swings, the ration of good to bad surely beats the law of averages. [Will Blythe, The New York Times Book Review]

Posted by Douglas Messerli at 8:14 AM