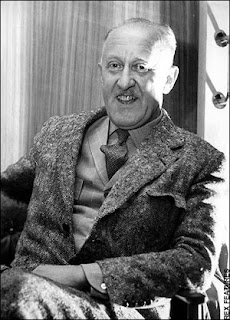 THE VOICE OF A COUNTRY
by Douglas Messerli

Halldór Laxness Brekkukotsannáll (Reykjavík: Helgafell, 1957), translated from the Icelandic by Magnus Magnusson as The Fish Can Sing (London: The Harvill Press, 2000)

Nobel Prize-winning Icelandic author Halldór Laxness’s emotionally heartfelt novel The Fish Can Sing belongs to the sturdy Scandinavian literary tradition of “coming of age” novels such as Sigurd Hoel’s The Road to the World’s End (first published in English by my own Sun & Moon Press) and Tarjei Vesaas’s The Great Cycle (which Sun & Moon was planning to reprint in English until the University of Wisconsin determined to republish the book that had originally appeared under their imprint)—that center upon young men or women in the process of growing up and leaving home. The works in this genre represent significant contributions despite the fact that their structures and complications of story are fairly predictable. In most examples of this genre the young person lives in a kind of pastoral paradise, by birthright aware of the cycles of nature and simple homespun values; but the individual’s creative and imaginative gifts soon bring him or her some dissatisfaction for living in this isolated condition, as he or she is drawn into the larger world around them, ultimately entering that world with all the attendant fears and awkwardness. It is only after turning back upon their pasts that the young heroes realize the majesty of their childhood lives.

The Fish Can Sing works within this structure, presenting the story of a young boy, Álfgrímur, left behind by his mother in her journey to America at Brekkukot, a turf-and-stone cottage located at the edge of late 19th and early 20th century Reykjavík, later to become the capitol of the then Danish-controlled Iceland. Brekkukot is owned by Björn, who, along with the woman who feeds and cares for him (a sister, it turns out, of the woman he once loved), become the boy’s loving grandparents, and who through example, sayings and proverbs, oral recountings of Icelandic ballads, and demands that he perform various jobs such as tending to the cow and lumpfishing, raise the child in an exemplary fashion.

Brekkukot is not only a home, however, but a sort of boarding house where various figures come to stay, some in illness, others who have no other place to go. Sleeping in the same mid-loft with Álfgrímur are Jón Hákonarson (Captain Hogensen), a former ship pilot, raised by the Danish government to the position of naval commander, who shares the boy’s bed; Jón of Skagi, the shipyard superintendent who, it is later revealed, is a man of some wealth and stature; and Runólfur Jónsson, a former manure-spreader captivated by the new cesspools created by the Icelandic Agricultural Association, who, four times a year, is transformed into an incorrigible drunk. These figures, as well as a woman from Landbrot, who comes to Brekkukot to die before being shipped home in her coffin, and a man and wife involved with spiritual concepts revealed in the Secret Doctrine, help in the education—moral, practical and sexual—of Álfgrímur. Laxness enchants the reader in his revelations of this stolid yet eccentric world with his wry sense of humor and irony, and through a narrative engagement with his reader that harkens back to the 18th and 19th century conventions of interrupting the flow of events with impatient authorial intrusions that make us feel that the voice of the young storyteller and the author are one and the same:

I am not actually going to describe all the New Year’s Day
expeditions I made to the authorities with Captain Hogensen
in my childhood days, but only to touch lightly upon the first
one we made….

It would make one mad to try to tell about all the visitors who ever
came to Brekkukot, and indeed such a book would burst all the
printing-presses in Iceland; I intend to describe only a few of
them here, not more than I can count on my fingers, and in
particular those who concern my own story to some extent.

Had Laxness’s book concerned itself with nothing else save Álfgrímur’s life at Brekkukot, it would still have to be described as an enduring work of fiction. But the world outside of Brekkukot, represented in the figure of the world-renowned vocal artist Garþar Hólm, draws the young hero into far more mysterious human relationships. Although Hólm, whose picture graces the walls of Brekkukot, and whose mother Kristín is cousin to Álfgrímur’s grandmother, is mentioned nearly every day in the local Ísafold newspaper, at home there is an obvious refusal to speak of him. When Álfgrímur brings up his name, a silence overcomes Brekkukot’s inhabitants, the grandfather and grandmother bemoaning the fact that such a lovely child has left them on his seemingly interminable travels—travel being seen by this household as the fate of the doomed.

As the young narrator gradually discovers that he himself has some musical talent, singing for funerals at the nearby church and studying music at his grammar school, the silence of his “grandparents” and Kristín surrounding Garþar Hólm becomes increasingly odd. According to the newspaper Hólm is traveling throughout the world, giving concerts in the capitols of Europe, Australia, and Japan, and, upon special command, before the great Mohammed ben Ali and the Pope!

Upon Hólm’s fist return to Iceland, Álfgrímur accidently meets the great singer, who, after discovering that the boy lives in Brekkukot—the scene of many of Hólm’s own childhood memories—sees Álfgrímur as almost a mirror image of himself. A strange friendship develops between them which includes the daughter of the local merchant Gúþmúsen.

Hólm’s return has been celebrated in the news and by word of mouth, but he disappears before his pre-announced concert, adding to the mystery surrounding him. By the time of his much-touted second visit, Álfgrímur has grown older, and somewhat wiser: he is not surprised when the great singer does not show up. But Hólm, in fact, is in Iceland, hiding in the nearby cemetery and barn outside of his mother’s hut. Why is he sleeping in the hay, and how is the young Gúþmúsen girl, who has evidently stolen a photograph of Hólm and another woman from his pocket, involved? What is clear is tha the great singer—representative of Icelandic culture to the world, proof that “the fish can sing”—is living, at least upon this visit, in poverty instead of residing in the grand Hotel d’Islande which he has told the boy is his address.

By the time of the singer’s third return home, he has been raised to such mythical stature that we realize Laxness can never reveal the entire story behind his legendary character. But gradually we perceive, through Hólm’s enigmatic questioning of Álfgrímur as the two sit upon the archangel Gabriel’s tomb, that this great performer is certainly an artist, but not a musician perhaps. His artistry has consisted of an extraordinary swindle of the Icelandic folk. Beginning as an employee at Gúþmúsen’s market, he was fired only to be sent off to Copenhagen by the merchant to work in a slaughtering house. His loud singing voice, heard among the workers, brought him to the attention of others, who—with Gúþmúsen’s money—oversaw his musical education. Apparently, however, his loud “pure” voice was a source of laughter when he appeared in concert with a traveling chorus, and his singing career was short-lived. But his letters home describing his great success, and the support of his wife(?) along with government stipends and the continued gifts of the Reykjavík merchant, result in his legendary status. Trapped in a myth of their own creating, how can anyone involved reveal the truth?

Suddenly it was as if from out of the singer’s dark enigmatic
grin there stepped an old spinster, dressed up to the nines, who
began to whine in ghastly falsetto a nonsensical verse to the
same melody from Don Giovanni. …For all I know, the
people there were thinking that this very sound, this old woman’s
whine, was the famous world-singing that had so charmed the Pope.

The very next day Garþar Hólm arranges for a private concert for his near-deaf mother in the local church near Brekkukot. Once more, the sounds coming from Garþar Hólm’s mouth cannot be completely described:

I want to repeat once again what I have often implied already in
these pages, that I am not the right person to describe properly
Garþar Hólm’s accomplishments.
…People have kept on asking me: did he sing well? I reply, the
world is a song, but we do not know whether it is a good song
because we have nothing to compare it with. Some people think
that the art of singing has its origins in the whirring of the solar
system as the planets hurtle through space; others say it comes
from the soughing of the wind in that ash-tree called Yggdrasil,
in the words of the old poem: “the ancient tree sighs.” Perhaps
Garþar Hólm was closer to that unfathomable ocean of unborn
song than most other singers have been.
...It may well be that this was the only time in my whole life
that I ever really heard singing, because this singing was so true
that it made all other singing sound artificial and affected by
comparison and turned other singers into frauds.

When Hólm—as expected—does not show up to his announced recital, Álfgrímur is convinced by Gúþmúsen’s daughter—who, apparently, is in love with the singer despite what she knows of his fraudulent behavior—to bravely perform his self-taught rendition of Schubert’s “Der Erlkönig.” His recitial is dutifully applauded, but soon after he is cornered by Gúþmúsen who chastises him for covering up before, relenting, he offers the boy money to study music in Denmark, like Hólm,. Hólm, it appears, has killed himself; and as Álfgrímur sings over the coffin (which he is convinced does not contain Hólm’s body), he recognizes that his singing is not as brilliant as it is—again like his beloved mentor’s—confident and loud, and that to accept the merchant’s offer would be to follow Hólm’s fate, to become a voice of the people instead of a voice speaking (or singing) one’s own song. Suddenly we comprehend the reasons behind the shroud of silence at Brekkukot.

Indeed, Álfgrímur’s “grandparents” sell their beloved Brekkukot in order to save the boy they have cared for from that “bondage,” hoping that he may pursue his own talents—wherever they lead him—without his needing to fulfill any cultural expectations of patron or country. In this all-encompassing desire, finally, they stand naively hand-in-hand, like children, innocents who believe in the potentiality of the one pure song of each individual life.