Douglas Messerli | Against Common Sense (on Herling's The Noonday Cemetery) 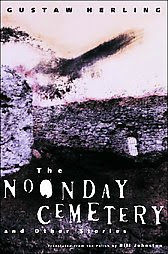 AGAINST COMMON SENSE
by Douglas Messerli

The collection of tales, The Noonday Cemetery, selected from Polish writer Gustaw Herling’s Collected Stories (Opowiadania zebrine) of 1999, presents us with situations not unlike some of my own personal memories in these cultural memoirs. Working for years in Italy as a journalist, Herling mixes all his tales with history and current events—or perhaps I might more correctly say, he interfuses his historical readings, his personal memories, and what most people describe as fiction. Whether we can truly believe in the reality of his stories or not, the author would have the reader accept them as truth, to make a creative leap of faith. As he expresses the issue in one of the best “tales” of this volume, “The Silver Coffer”:

For a long time now I have taken every opportunity
to speak out against the opposition of strangeness and
naturalness (or verisimilitude). Whoever closely
observes reality, whoever trains themselves to notice
the apparent “strangeness” of many of its manifestations,
knows that we allow ourselves to be limited and bound in our
way of looking at “natural” or “plausible” events, seeking in them
exclusively that which appears to our sense of realistic level-
headedness. There is no division into “strange” and “natural”
things. There is—if one absolutely insists—a division into
“common” and “uncommon” things, things that are “ordinary”
and those that are “difficult to grasp.”

Perhaps what I have been describing throughout these memoirs as incidents of strange coincidence—incidents which may lead the reader to question my truthfulness, but in fact represent truth as I know it—may be related to the marvelous uncommonness mixed with the common of Herling’s stories. In short, these works often read more like realistically-portrayed nightmares than what we usually describe as fiction.

Although Herling also argues against strictly psychological interpretations of experience as against the spiritual or miraculous, we quickly recognize in these short works that he is nearly fixated upon death. Almost every tale in this volume concerns an inexplicably violent ending. The title story relates the tale of a quiet caretaker of an isolated cemetery of Albino—that is until during World War II, when it becomes a battleground of and ultimate resting place for a German officer, Manfred Weinert. The caretaker, Fasano, treats the officer’s grave almost as a shrine until one day the Nazi’s wife appears to grieve her husband. Without comprehending one another’s languages, the officer’s wife, Inge, moves in with Fasano. Every day they appear together at the cemetery until one day in August 1949, when they do not show up. Several days later their corpses are found in the closed-up house, with a revolver lying in a “dried pool of blood in the wide space between the bodies.” The “story” concerns the author’s attempt—despite the near-absolute silence of the nearby villagers—to unravel the suicide-murder. Who killed whom, and why? There are no answers to this tragedy, only speculations, and the more one pursues the “truth,” the more difficult it is to comprehend.

“A Hot Breath from the Desert” concerns another murder. This time involving a loving British couple, Derek and Violet Porter, who begin work on an archeological dig, but later move into a small house in Agropoli, where they paint and sculpt. During World War II they are forced to retreat to England, but in the mid-1950s they return to Agropoli. But now Violet is pale and gaunt, distracted in her behavior, later described as a virulent form of amnesia. By 1958 Violet has completely withdrawn. Her husband gently cares for her until one night, watching her sleep with a smile upon her lips, Derek becomes violently angry and smothers her with his pillow. Once again, there are no easy answers as to what has made the husband snap, what has turned him from a loving caretaker to a murderer. Herling fills his story with details from the doctors, police reports, and the later trial, without coming upon a definitive answer.

Truth is, in fact, a major issue in Herling’s work. What is history or even myth? Erudite, a reader of great literature (his tales are peppered with mentions of Poe, Hawthorne, Melville, Hoffman, Bulgakov, and others), the author perceives that any definitive solution to the various events and crimes he recounts is clearly impossible. “The Eyetooth of Barabbas” concerns the holy relics of Price Sicard buried in a Cathedral of Benevento, bombed and destroyed in 1943. Of particular interest to the narrator is the “eyetooth” of the criminal released in exchange for Christ. Recounting the Barabbas tales of Giovanni Papini and Swedish writer Pär Lagerkvist, Herling reconsiders the role of Barabbas in the crucifixion story. Was Barabbas truly “saved,” ultimately so absorbed in knowing that Christ “died in his place” that he is transformed into a believer, or is he to be demonized, to be eternally represented as a sinful outcast for his passive role in history. What the author comprehends, leading him on his impossible search, is that if such a tooth were to be discovered it might explain Barabbas’s metaphysical position; for in the beliefs of Prince Sicard’s day, a large eyetooth “was the identifying mark of the Devil, just as today it is the insignia of a Vampire.” As in most of his other tales, Herling does not find an answer to his question: the Germans have stolen the relic.

“The Height of Summer” is a horrifyingly eerie story concerning the rise in suicides throughout Rome during the Ferragosto, at the height of summer, August 15th. In particular, the tale relates the deaths of nine Romans on the night of August 15th to the 16th in 1995. Although a committee investigating these deaths uncovers numerous details about each of the victims, there is no conclusion to be made—simply the reiteration through the author’s own experience that there is something mysteriously terrifying about such nights.

“Ashes” concerns an affluent family with whom the author stays on the island of Panarea, one of the Aeolian Islands, the Seven Pearls. Through a series of unfortunate situations, the happy Bernardi couple’s daughter, and later Loris’s wife die, the beautiful home in Panarea is left to ruin, and like Poe’s House of Usher, crumbles away into the ocean during a particularly violent storm, leaving nothing but the ashes of a once happy family.

“The Notebook of William Moulding, Pensioner” concerns a discovered manuscript of a retired British Chief Hangman—the last of his species—and the uncanny events that force him to remember the faces of his victims whom he previously discounted as human beings. Moulding, as an old man, is destroyed by young boys in a meaninglessly vicious attack.

“The Silver Coffer” is a tale of a beautiful coffer cherished by the narrator-owner only to see it blacken in a few days time, forcing him to discover a secret message within its walls, revealing, through its fragments, the terrible murder by Abas Petras—head of a religious order at the time of his death—of his sister, poet Teresa Demagno, in the 16th century.

Perhaps my favorite of Herling’s tales is the long, most definitely “uncommon” story of the surgeon Don Fausto, who, fascinated with the Neopolitan belief in the iettatura, the evil eye, discovers that he is relative to one of the most noted of the possessed, Don Francesco Ildes Brandes, a converted Jew tortured by the Spanish Inquisition before he turned his eye upon the judges, all of whom were destroyed. Don Fausto, himself, is in turn tortured and ultimately killed by the portrait of Don Ildebrando he keeps in his castle near the small village of Montenero, a village which itself is soon after destroyed in a horrible storm of lightning and thunder. Herling’s telling of this terrible story has all the markings of Poe and Hawthorne as he attests to its utter strangeness:

What I will say next will lead many of my readers to laugh and shrug their
shoulders. Yet I will say it anyway, because the present age has been
excessive in inculcating in us the cult of “common sense.” We observe
inexplicable phenomena out of the corner of our eye and pretend that
we have not seen them; we read in bolder authors about ghosts of the
dead, and regard them as phantasms, productions of sick imagination—
anything so as not to jeopardize our “common sense” or to be propelled
into the ambit of another dimension, beyond the threshold of “verifiable,
tangible reality.” We pass through life with one eye all too sharp, yet the
other blind, as if covered with a film. Is it enough just to see? No, it is
not enough.

The joy of reading these thirteen tales is that Herling returns us to a world where mystery and revelation, terror and belief, evil and good have been restored, common sense replaced by an open wonderment of life.