Douglas Messerli | The Dreadful Hollow (on Faulkner's As I Lay Dying) 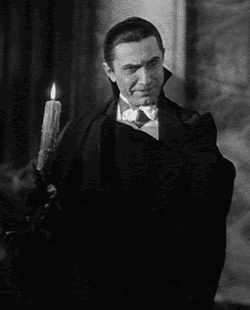 THE DREADFUL HOLLOW
by Douglas Messerli

I recently reread and taught Faulkner’s As I Lay Dying, sharing with my class the timeworn themes of the book, the strange family dynamism of the Bundren family, the narrative Rashoman-like structure of the work, the social and economic situations of the family in relation to the financially depressed South (As I Lay Dying was originally published in October 1930, the same month as the stock market crash), and the mythic journey of the family from their home to Jefferson to bury Addie, where they endure nearly unbearable trials of earth, air, water, wind, and fire.

But as I began teaching the book this time around, particularly during the discussion of their tribulations, I was forced to admit that while in most classical works these trials generally resulted in redemption and/or transformation, in Faulkner’s novel only Anse, the father, receives any benefit: a set of new teeth and a wife to replace the one whom he has just buried. Cash nearly loses his leg, and, if the doctor is to be believed, will be partially crippled for the rest of his life; Darl loses his mind and is taken away to the Mississippi State Hospital in Jackson; Jewel loses his horse and any possibility of mythic potentiality that lay in his centaur-like being (early on, his body is described as “in midair shaped to the horse” [p. 13]); Dewey Dell is stripped of the money Lafe has given her for an abortion (and stripped of any remaining respectability by the salesman MacGowan), dooming her to the kind of servitude to family-life that Addie has had to endure; and even the young boy Vardaman loses, if nothing else, his innocence, perhaps even his future sanity. In his desperation to get Addie to her own “flesh and blood” in the Jefferson burial ground, Anse has sucked the very life out of his sons and daughters, one by one, so that he might obtain the set of teeth and, almost magically, be able to remarry.

And just as suddenly, it became clear to me that the family’s trip from their mountain-top home (the location of which is made clear in Peabody’s visit to the Bundrens, where he has to be towed up to the top by a rope) into civilization is not only a trip to Hell, but a sort of metaphorical rendering of what has already happened in Addie’s life. The Bundren shack lies at the entrance of Hell, a place in which the light appears to be “the color of sulphur matches,” “The boards look like strips of sulphur” (p. 43) and “The air smells like sulphur” (p. 76), their hellish voyage presaged by Faulkner’s title, a quote by Agamemnon in Homer’s Odyssey, “As I lay dying, the woman with the dog’s eyes would not close my eyes as I descended into Hades.” Even before Addie’s death we begin to perceive that the family members she has borne are no longer whole beings.

As Michael Neal Morris has noted in his internet essay, “Wood Imagery in Faulkner’s As I Lay Dying,” in many ways the Bundrens are a people made of wood, “The Bundrens are rigid in that they are hard, unbending people who stick to their principles, no matter how absurd or impractical. Death in the novel is not only the physical death of the matriarch, but also the spiritual death of those who retain their foolish pride.”

Cash, quite obviously, is a carpenter who spends most of the early part of the novel constructing the coffin of wood, with adze and saw endlessly constructing a container of death, his saw like a tongue lapping away at life, “one lick less, one lick less.” Cash’s major statements in this book are numbered, as in a sort of maddened series of notes on how to build a coffin. Jewel is described as having a face made of wood and is represented in several places in the book as being “wooden-faced”: "He sits lightly, poised, upright, wooden-faced in the saddle, the broken hat raked at a swaggering angle.” Although Darl is not described as wooden, he is, as Cora and Tull make quite clear, “queer,” with something wrong in his head. Dewey Dell is characterized as having “a dazed way.”

Darl notes of his father: "He had that wooden look on his face again; that bold, surly, high-colored rigid look like his face and eyes were two colors of wood, the wrong one pale and the wrong one dark.” At several points, moreover, Anse’s whole being is described as hollow, his arms dangling from his shirts, his “chin collapsing slowly,” a man, “dangle-armed, humped, motionless” (p. 51). The name Anse means, in French, a cove, defined in its first meaning in Webster’s English dictionary as “a recessed place: CONCAVITY,” which, as we know is something “hollow.”

In short, the Bundren family members are not just living at the lip of Hell but are themselves already dead in Hell, hunkering, as Eliot describes it in his poem “The Hollow Men,” at the “last of meeting places,” groping together, avoiding speech, “gathered on [the] beach of the tumid river.”

In her horrible apologia spoken from the dead—Faulkner’s strange, almost “postmodern” tour de force—Addie expresses Anse’s condition quite clearly: “He did not know that he was dead.” She means this, obviously, metaphorically, that he is one of the “living dead,” one who, because has he no imagination nor vision, is, as Morris argues, “spiritually dead.”

Yet I think, given the events of the novel, that we have to understand this sentence also as being literal, that Anse is actually one of the living dead, a vampire if you will, a man who early in the novel is described as never sweating, afraid that if he were to sweat he would die (p. 17). Anse also admits that he has no heart: “…I just cant seem to get no heart into anything,” “…I just cant seem to get no heart into it" (p. 38). In the same chapter, Anse complains of being unable to “eat God’s own victuals as a man should,” and throughout the book he refuses to enter any other man’s house, insisting that he “wouldn’t crave nothing,” and can subsist on what little food they have brought with them, despite the fact that their voyage takes several days.

Once one begins down this path, it quickly becomes apparent that Faulkner is interested in the vampire myth and even in the story of Dracula at a much deeper level than it might first appear. If Anse is one of the living dead, a vampire who sucks the blood from Addie and his children, we begin to comprehend many of the mysterious aspects of the book. Jewel’s wasting away—which his brothers attribute first to an affair with a married woman, only to later discover that he has nightly been felling trees (another reference to the woodenness of this family) to make enough money to buy a horse—can also be comprehended, metaphorically, as a disease resulting from a loss of blood. Indeed the scenes describing his condition (pp. 128-136) closely resemble Bram Stoker’s descriptions of Lucy Westenra as she wastes away from the vampire’s bites.

Blood, in fact, is mentioned throughout the book, not only in Anse’s repeated creed of flesh and blood, but particularly in the scene describing Vardaman being “bloody as a hog to his knees, (p. 38),” ordered by Anse to clean and cut up the large fish he has caught, the fish representing forces against which the Bundren's are allied, Christianity and Christ.

While Dracula and his vampire family escape their mountain-topped mansion as bats, the hollow men and women of the Bundren family leave their home as buzzards. Early in the book, Jewel sees his family members sitting like buzzards (p. 15), and soon thereafter buzzards begin to appear in the skies. By the middle of their voyage Vardaman, the youngest, and, therefore, perhaps the least dead of this vampire-like family, is kept busy chasing the seven buzzards (the number of family members) away, wondering where they go at night.

We know that secret, and if we recognize Anse and the others as being transformed into the buzzards that follow along with Addie’s stinking corpse—a smell which horrifies everyone but the family itself—we can better understand, moreover, Anse’s humped body and his propensity, described several times early in the novel (see pp. 18, 19, 29 and 30, for example), to “rub his knees.” In his one section, Samson clearly seems to link the buzzard he sees with the family:

I saw something. It kind of hunkered up when I come in and I
thought at first it was one of them [the Bundrens] got left, then
I saw what it was. It was a buzzard. It looked around and saw me
and went on down the hall, spraddle-legged, with its wings kind
of hunkered out, watching me first over one shoulder and then
over the other, like an old baldheaded man. When it got outdoors
it began to fly. It had to fly a long time before it ever got up into the
air, with it thick and heavy and full of rain like it was.

By novel’s end, accordingly, we understand how Anse has “worn out” his wife, sucking the blood from her body—just as he almost crucifies Cash upon the coffin of his own making by embedding his leg in concrete; transforms Darl into a maddened Renfield-like figure (and in this context we can also better understand Addie’s statement that her family “uses one another by words like spiders dangling by their mouths from a beam” [p. 172]); robs Jewel of any transformative potential by selling his horse, the beast that is described almost as being part of Jewel’s body; and dooms Dewey Dell to a life of patriarchal servitude. And Vardaman? Perhaps he is destined to commit suicide, his blood already having been drained by the suck of his own teeth:

From behind pa’s leg Vardaman peers, his mouth open and all color
draining from his face into his mouth, as though he has by some means
fleshed his own teeth in himself, sucking. (p. 49)

At work’s end only Anse, the original vampire, remains intact, with a new set of teeth and a new bride into which he can sink them.


When I first read As I Lay Dying as an M.A. student in Lewis Lawson’s 1973 Faulkner seminar at the University of Maryland, a woman in the class suddenly burst into tears one day as we were discussing this novel. “I’m sorry,” she whimpered, “but you are all speaking of this work from an objective position which I simply cannot share, having just gone through the death of my mother.” For years I have described this incident as being one the earliest indicators to me that the New Critical perspective of literature was about to crumble. The woman in our class, I now perceive, was correct in her assessment; by enfolding the popular vampire myth within this modernist masterpiece, perhaps Faulkner himself knew that he had created—as Darl describes Anse’s face upon the death of Addie—“a monstrous burlesque of all bereavement.”

As I began research on this short essay, I came upon a brief piece from 2006 in the Los Angeles Times reporting that among the manuscripts found in Faulkner’s papers by his daughter Jill was a full-length, unpublished screenplay about vampires titled, unsurprisingly, Dreadful Hollow!