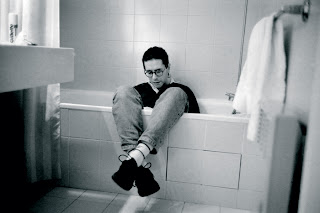 THE ELEMENTS OF FICTION
by Douglas Messerli

This is the fifth English-language translation of Argentinean writer César Aira’s over eighty publications of fiction. For devotees of his writing—and I now consider myself one of them—each new book is a must, different as they are from one another. For each of these slightly quirky fictions takes the reader into new territory where he feels that the author, like the great storytellers of all time, is making it up as he goes along. These short volumes, accordingly, seem so fresh that one might imagine that if Aira were to begin the story over by repeating the first few pages, the ending would be entirely different.

The Seamstress and the Wind begins, in fact, with the author revealing some of his methods. “Trapped” for a few weeks in France (the narrator proclaims he dislikes traveling), the author decides to write a fiction with two major elements: his central character must be a seamstress and the tale must include the wind. The narrator claims that he seeks through these two elements to write “a novel of successive adventures, full of anomalies and inventions.” And he proceeds to do so, beginning with an autobiographical memory from his childhood in the Argentine suburb of Coronel Pringles, where one day he and a school friend decide to play a game of hide and seek within an open semi-truck parked near their houses.

As the friend draws near him, pretending to be a monster of sorts, the young narrator closes his eyes in horror. When he opens them his friend has disappeared, and a few moments later he finds himself, almost as if he has fallen into a time warp, at his own kitchen table, startling his mother, who has been told he is missing and, unable to find him, is quietly pondering her and the family’s predicament. It is his friend, in reality, who has gone missing, and after a search of the entire neighborhood, the mother, Delia, who works as a seamstress, becomes convinced, having begun to lose her sense of reality, that her son has been “stolen” by the neighborhood truck driver, Chiquito, now on his way to make a delivery of goods in Argentina’s vast and empty Patagonia.

Scooping up the wedding dress upon which she is working, she hires one of the town’s two taxi drivers to chase after the truck, and speeds away into the night.

Thus Aira whips up a kind of strange Keystone-cop like chase that results in just what he has determined his fiction should be: a story of odd adventures and inventions that remove this fiction from any sense of being a “novel” and transforms the work into a kind absurdist fantasy. As the taxi and its occupants speed off into the desert, they suddenly crash, with enormous velocity, into the back of the huge truck, instantaneously killing the taxi driver and sending poor Delia into a kind of coma, as their small taxi, impaled into the back of the truck, moves off into space, without the truck driver having the least suspicion of the accident. He is in a hurry to reach his destination.

Meanwhile, Delia’s husband, returning home from work, is told by the neighborly gossips that his wife has gone off, and he, in his own kind of madness, takes after her in the family car, followed by a small blue car of Delia’s customer, determined to retrieve her wedding dress.

Part of the joy of reading Aira is the surprising series of strange events as they occur, so I will not reveal all of the long series of amazing adventures that these figures endure. Let us just say that the adventures of the fiction include Delia’s husband’s addiction to gambling, a strange gambling den in the middle of nowhere, a transformation of the woman who is to be married the next day, Delia’s romance with the strong Patagonian wind, a mysterious “monster child” created out of a sort of atomic meltdown of the gambling den, and a rediscovery of a large Paleolithic armadillo shell. Few American writers, except perhaps for Mac Wellman, could possibly whip up a story with these unlikely props. Aira makes it all seem easy, and, although it is thoroughly unbelievable—particularly for those steeped in realist traditions—the author somehow poetically combines them to create a sense credible denouement. If the “scattered elements” of Aira’s fable do not magically come together “at the end in one supreme moment,” like a magnet they click into place as the wind shuffles and deals each of these characters its fate.