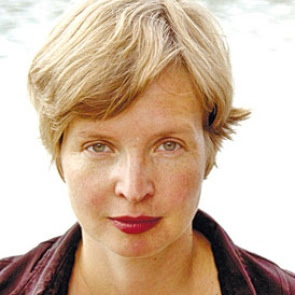 HUNGER AND THIRST
by Douglas Messerli

The story central to this new collection of tales by German author Jenny Erpenbeck, is, at heart, a kind of “Russian doll” tale, a story of selves within selves within selves. But “The Story of the Old Child” begins in a manner that seems far from the psy-chological manifestations inherent in that kind of structure. The sudden appearance on the street of the nameless “child” of this story reminds one, rather, of the Casper Hauser legend, where a young animal-like boy, with no language and no knowledge of his past, appeared wandering the streets of Nuremberg in 1828.

This animalistic child is, like Casper Hauser, a kind of “blank slate,” a being so empty that adults hardly take note of her. But for the young boys and girls of the Home for Children in which she is placed, she is seen as a kind of monster that reminds one a bit of a Russian doll in appearance, “bigger than she should be,” appearing “like Gulliver among the Lilliputians,” with a “body that has swollen out of all proportion,” and a face equally swollen so that it has almost erased her eyes, nose and mouth.

Given her near-complete emptiness of being and the monstrosity of her appearance, it is almost inevitable that she is tortured by her classmates. But the tale that Erpenbeck weaves is much more complex, as the children gradually perceive how to abuse her in much more devious ways. One of the first lessons she encounters in her schooling at the Home concerns Bertolt Brecht’s comedy, Puntila and His Man Matti, a story about a hard-drinking master who suffers from a split personality: friendly and humane when drunk, ruthless and self-centered when sober. With these two personalities he tortures various employees, his daughter, potential wives, and, particularly, his chauffeur-valet Matti. It is a story, in other words, about servitude. The fellow students of this monstrous child, accordingly, quickly perceive the potentiality, in both her seeming stupidity and in her desire to be loved, for her to serve them. She willing does so in numerous ways, passing messages between them, covering up their derelict behavior, serving as a silent confessor for her roommates, even becoming a sexual surrogate lover for the young boys.

It is as a servant, in short, that this “Russian doll” attains any happiness, any sense of being, any possible personality that she attains. The moment she begins to discover the power and joy of her role, however, a second being within her begins to emerge. As the city in which the Home is located is fire-bombed, a battle brews equally within, as the “old child” begins to write letters, apparently to herself, which she hides in secret places around the Home. The messages scrawled upon these, read by no one after they are hidden, portray an inner world that may begin to explain the emptiness of the girl’s surface: NEVER GO OUT IN THE DARK AGAIN WITHOUT YOUR CAP, OR ELSE THE CROWS WILL PECK YOUR EYES OUT. BEST WISHES—YOUR MAMA; DON’T STICK YOUR HEAD SO FAR OUT THE WINDOW, OR ELSE IT MIGHT FALL OFF. BEST WISHES—YOUR MAMA.

These horrific aphoristic-like warnings—so full of hate and seemingly maternal love—gradually reveal a past of servitude on an even grander scale than the roles imposed upon her by her fellow students. Just as in Brecht’s play, the world conveyed through these hidden epistles is one of extremes: HUNGER AND THIRST. AS FAR AS I’M CONCERNED, reads one of the messages, YOU ARE DEAD. BEST WISHES—YOUR MAMA.

In the context of these tortured warnings, the dénouement of this beautifully crafted tale is inevitable. The girl falls into a deep sleep, refusing to eat, and is rushed to the Municipal Hospital, where she gradually wastes away, revealing a full-grown woman, whose elderly mother sits by her bedside, “shame…written all over her face.” Whether the shame is due to her own behavior to her daughter or because her daughter has been found to be a kind of fraud is not revealed. But, in a sense, it hardly matters: the shedding of so many layers of selves has also allowed the girl-woman to shed her past. “Oh, are you my mother? says the woman who used to be a girl, and very slowly she opens her eyes. I don’t remember you at all.” The servant-child has at last become master of her own life.

Within the context of this title book of seventy-some pages, no other tale can compare. However, three stand out: “Sand,” a beautiful story of youth and age, and, again, of power and servitude; “Siberia,” another tale of servitude, this of a woman—who upon surviving and escaping from a Siberian work camp—returns home to find another woman living with her husband; and “Hale and Hallowed,” an ironic work about two woman, the birth of their sons, and their sons’ fates.

In all, Erpenbeck’s writing represented in this book promises more work in the future worth our attention.