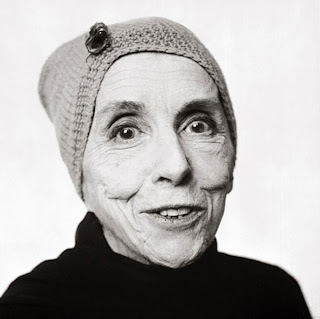 LIES IN A WORLD OF LIES
by Douglas Messerli

The noted Danish storyteller, Isak Dinesen's novella Ehrengard is a tale of lies. Eager to marry off their son, the Grand Duke and Grand Duchess of Babenhausen arrange, through the artist Geheimrat Wolfgang Cazotte, to have Prince Lothar meet with Princess Ludmilla of the house of Leuchtenstein. As in any such fable—and Dinesen's story has a great deal in common with a fairy-tale like romance—the couple immediately fall in love, and are speedily wed. Unfortunately, the Princess suddenly discovers herself pregnant, due with child before the proper time has elapsed after their betrothal. What to do without causing a scandal?

Upon discovering the predicament, the Grand Duchess arranges for the two to retreat to the country estate, Schloss Rosenbad, where, accompanied by only a few stalwart loyalists, Cazotte among them, the couple will remain until a sufficient time passes after the birth that they can announce the new heir.

Among those joining the Rosenbad (dubbed by the participants as Venusburg) party is the beautiful Ehrengard von Schreckenstein, with whom Cazotte soon falls in love.

A child Prince is born, and the court is overjoyed with the boy's perfection. Indeed the whole fabrication seems to be working wonderfully. Even Cazotte, a wily and seasoned figure, is overjoyed by the beauty of the royal family and the countryside. One night, however, while taking in the rapturously beautiful sunset he accidentally comes across Ehrengard and her maid swimming nude in a nearby brook, and, overwhelmed by her beauty, is determined to seduce her, not through the usual manly wiles, but by painting her so precisely that when she witnesses the artwork a blush will rise to her face with the recognition of what has occurred, making her, he imagines, his love alone.

So begins Cazotte's dangerous voyeurism, seemingly encouraged by Ehrengard's continued trips to the stream. At one point she even seems to taunting the painter to accomplish his abstract rape:

My maid tells me," she said, "that you want to paint a
picture. Out by the east of the house. I wish to tell you that
I will be there every morning, at six o'clock.

Meanwhile, enemies of the court, particularly Duke Marbod and other intriguers suspect something is unusual about the gathering of the couple at this castle. Lispbeth, a woman hired to suckle the new Prince, has a husband, Mattias, whom she has left behind, jealous for her being taken from him, particularly since she has, at home, a suckling child of her own, and she has told him there is no child at the court. Inspecting the castle grounds, Matthias encounters his wife. She, in turn, is so fearful of scandal that she reveals that there is a child, and she will show it to him the next day.

Marbod and the others are delighted to hear from Matthias the new information, and with him they plot the abduction of his wife and the baby, determined to meet up at the Blue Boar, a nearby inn. When the absence of the child is discovered, both Cazotte and Ehrengard race toward the inn, discovering the nurse, Matthias, and others are within. Even more surprisingly Ehrengard encounters there her fiancee, Kurt von Blittersdorff, who is startled by her looks:

"Ehrengard!" Kurt von Blittersdorff cried out in the highest
amazement.
The girls' cheeks as she tossed back her hair were all aflame
and her eyes shining. She opened her lips as if to cry his own
name back, then stiffened, like a child caught red-handed.

Racing to the room to where the child and nurse are imprisoned, Ehrengard ignores Kurt's inquiries. He follows, and upon seeing a child demands to know "What child is it?"

At that very moment Cazotte also arrives, just in time to have two more impossible lies cast into the comic foray. Ehrengard claims it is her child, and when all demand to know who was the father, she answers: "Herr Cazotte is the father of my child."

In a stroke of brilliant irony, Dinesen has suddenly reversed the character roles, as Ehrengard accomplishes what Cazotte had hoped to impose upon her:

At these words Herr Cazotte's blood was drawn upwards, as
from the profoundest wells of his being, till it colored him
lover like a transparent crimson veil. His brow and cheeks, all on
their own, radiated a divine fire, a celestial, deep rose flame, as
if they were giving away a long kept secret.

The story of deceit has come to an end, with the first glimmer of truth finally revealed: It is Ehrengard who has seduced the great "Casanova" Cazotte.

It hardly matters that in an epilogue we discover that everything is later straightened out, that Ehrengard is married to Kurt with "the light blue ribbon of the Order of St. Stephan" (an award given to noble ladies for service to the house of Fugger-Babenhausen) pinned upon her white satin frock. For the royal houses of Dinesen's tale have lied only in order to be saved again by her lies. And unable to face the truth of his love, Cazotte escapes to Rome to paint a portrait of the Pope.