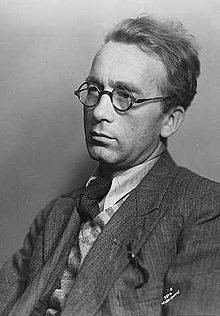 THE MELANCHOLIACS AND THE MISSING BUCKET
by Douglas Messerli

I first purchased a cloth copy of Sandemose's The Werewolf during my sophomore year at the University of Wisconsin, one year after the publication of the translation into English. The book sat unread on my shelves as a desired but foreboding object (the book is 375 pages long in a 6 x 9 format) for 35 years until this year, when Wisconsin reissued it in a paperback edition. In many respects, it was fortunate that I did not attempt to read it at the age of 19. I would not have understood it, and probably would have grown impatient with its rambling, dissociative structure. Even today, as an admitted admirer of fictional genres that lie outside of the more normative psychological novel, I was annoyed, at times, by its seeming lack of narrative continuity—at least until I recognized it as a kind of encyclopedic work that was attempting to reveal Norwegian culture from the 1930s until the date of its publication, 1958. And even then there were numerous times when Sandemose's long journeys into metaphoric ideation—the figure of the werewolf as a being who must have control over others is, quite obviously, at the center of this fiction—bothered and, at times, even confused me.

The story, such as it is, is a fairly simple love story between Erling Vik and Felicia Ormsund, who meet and then—for a number of reasons, including World War II and their participation in the underground—go their various ways before meeting up again. Meanwhile, Felicia encounters and marries Jan Venhaug, but with Jan's tacit approval returns to a sexual relationship with Erling. The three, accordingly, live in an unconventional triangular relationship, all having, as Erling describes it, faced down and won out over the werewolf, permitting each other to live as free and distinct individuals.

This simple love story, however, is merely one ingredient in a stew of dozens of characters that include Erling's former lovers and wife, his illegitimate daughter, Julie (who has been invited to live at Venhaug), brothers, strangers, and war-time heroes and traitors. Not only does Sandemose attempt to capture the whole of Norwegian culture during these years, but he explores, through his major figures, particularly Erling and Jan, some basic dichotomies in the Norwegian psyche.

From my outsider's point of view, I have come to see two elements of the Norwegian sensibility, elements that are seemingly opposed, but which are perhaps only two sides to a single entity. Because of the differences in Norway's rulers before its independence, Sweden and Denmark, Norwegians are often represented in literature in two different ways, both presented in Sandemose's work: the melancholiac and the devilish imp, Brand and Per Gynt. One might attribute these differences to the dour Swedish questioning of the meaning of life, which Americans know best through filmmaker Ingmar Bergman, and the Danish comedic vision, recognized by Americans in Hans Christian Andersen, the Norwegian-born Dane Ludvig Holberg, or Norway's own storytellers Asbjørnson and Moe. In Sandemose's work the darker, werewolf-vision of Norwegian society might be said to be best expressed in the problem plays of Ibsen as opposed to Holberg or Norwegian writer Knut Hamsun.
Sandemose's novel nods to both Holberg and Hamsun several times, Erling quoting from Holberg and described as living a life as a young man in Oslo that recalls Hamsun's novel Hunger. In another instance, Erling has an affair with his landlady, Master-Mason Pedersen's wife, Hamsun's birth name. Indeed many of Erling's legendary experiences, particularly his sexual adventures with a young girl trapped in a huge pot and his story about a bucket he has purchased that suddenly vanishes into thin air, remind one of early Hamsun, Per Gynt, and other magical Norwegian tales.

Jan, on the other hand, a man of ideas and great practicality, is much closer to a character out of Ibsen's social dramas, Sigurd Hoel's great war-time novel Meeting at the Milestone, or the intense social encounters of the novels of Jens Bjørneboe. In short, Jan provides Felicia with a house, food, and gentle love, as opposed to the often uncontrollable urges for sex and alcohol that face Erling. Yet, quite obviously, Erling is the more exciting, and in that sense, more beloved by the whole family and most envied by those outside of Venhaug.

It is clear that Felicia, the strong heroine of this book, must have both in order to survive and, as the work suggests at its end, such bi-lateral love is necessary in order to become part of the Norwegian myth represented in its enduring histories and sagas. But it is that very pull between these two—the inability of the average man or woman to live up to either of these ideals—that often tears the society apart, allowing the werewolf entry into the heart, and ultimately it is that failure that revenges itself on the woman both men love.

What Sandemose most clearly reveals in this remarkable encyclopedia of mid-20th century Norwegian affairs is that World War II served almost as a crucible for Norwegian culture, asking its citizens to accept these extremes of identity or stand meekly in the middle awaiting the bite of the beast. The obvious answer is, like Erling's brother Gustav, too many hunkered down in terror, nearly allowing the nation to be swallowed up in hate.

At fiction's end, Erling finally joins Jan and his daughter Julie—the new mistress of Venhaug—in making history, in determining their own fates.