THE POETICS OF IN AND OUT

Before memories of high school humor overwhelm any of my readers, let me assure them that, despite any associations evoked by this essay’s title, my subject, Toby Olson’s new novel, The Bitter Half, portrays no acts of sex. The sexual activities of which it hints take place off-stage in this dark comedy. The ins and outs of my title might be said to relate to everything except the act of sex. 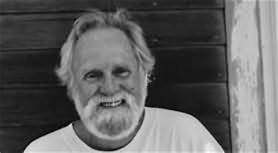 The major character of this fiction, Chris Pollard (whose last name is defined through dictionary quotes in the frontispiece of the book) is a consultant in the field of prison escapes—a job which Pollard has invented at a time in the Great Depression when any job, let alone a newly created one, is as sparse as the vegetation around the Pearce, Arizona border prison where the fiction begins. Pollard has been asked out to evaluate the prison for flaws, particularly since its population of mostly Mexican men has escaped on a regular basis and, most importantly, because the prison now houses a young man, little more than a boy dubbed by authorities as “the kid,” who is a legend to inmates for his escapes from the most notorious of prisons. Pollard and the boy exchange only a few words, but within those moments an unspoken relationship between the two has been established.  Pollard has several suggestions for prison security, but recognizes that the job is primarily a “boondoggle,” a political formality to protect the authorities when “the kid” makes his move, which, the moment the inspector has completed the job, the boy does, escaping to a nearby Mexican border town where most of the previous prisoners have been hunted down and returned to incarceration.

Pollard has gone there out of curiosity and desire for a drink; encountering the escaped prisoner, the elder listens to the story of the young man’s life into the early morning hours. The tale the boy tells is revealed gradually in bits and pieces throughout the fiction, but a quick summary may help to show why Pollard makes no attempt to contact authorities and even warns the kid that, if he truly intends to get away, he should move on. It is clear, however, that the boy wants to be recaptured, to bask in the prison guards’ and inmates’ wonderment at his accomplishments.

The son of a drunken and abusive stepfather, his life has been changed in a series of horrible events: as the father drinks himself into a stupor, the boy’s baby sister begins playing with the father’s whip and tack; momentarily coming to, the father observes the child’s actions, and in his anger and confusion, picks up an iron as he moves toward the child, the object of his fury. The family’s beloved dog, Buck, leaps up, grabbing the baby in his mouth, rushing off into the woods with her, the kid following after; although he comes upon the dog and the child’s bloodied doll, his sister is nowhere to be found. Upon his return to the farm he discovers his mother murdered—evidently by the father—and, when a few weeks later the father is also found dead, the son presumes he has been killed by the dog, while the authorities immediately assume the kid has committed both acts, perhaps doing away with his baby sister as well. He is brought to “justice” and imprisoned. He escapes, but is jailed again and beaten. So the pattern begins.

Pollard and the boy share a bed for the night, and in the morning, as Pollard begins the train journey back to Wisconsin, the prison inspector recalls their encounter, a description that serves as a haunting leit motif throughout the work:

We fell asleep…, and I think I remember him turning, my own

was sitting in it.

It is quite apparent that the two not only now share a budding romance, but that they are bound together by their respective roles in life—the young man playing the role of an escape artist—a man who has spent nearly his entire young life moving from a position of being outside to being inside—with Pollard, an authority on that transformation, moving perpetually between the two. Both are figures damned, it appears, to eternal transition, a circular movement between in and out.

Quite obviously, as any prescient reader may presume, the author also presents us with figures who, in their apparent homosexuality, are instinctual outsiders working and living within a world of brutal masculinity. And, in that sense, both are doomed to feel as if their real lives must be locked away as well. 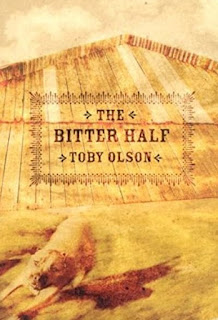 Olson, however, has never been a novelist of easy presumptions, and he soon demonstrates that Pollard is not what he appears to be, that in truth—and I reveal this information to those who have not yet read the book with the assurance that Olson’s fiction, unlike Neil Jordan’s 1992 movie The Crying Game, does not depend upon the viewer’s misperceptions—Pollard is not a man but a woman in man’s dress, a rather wealthy woman in fact, who has been forced into pretension in a world that would never allow her admittance to the position she enjoys were she to reveal her sex.

Lest this same potential reader presume that Pollard is an unhappy lesbian, the “bitter half” tucked away in frontier isolation, let me also allay such fears. Although Chris Pollard is a self-sufficient woman who spends much of her time in a cabin in the woods enjoying fishing and other outdoor activities usually (alas) associated with male-only pleasures, she also oversees a beautifully joyful home where her cook-butler-advisor-friend Danker serves up delicious meals and wherein she entertains the locals from adjoining farms and the nearby town, including her best friend, a hilariously foul-mouthed entrepreneur who—dressed for the role—runs the Bo Peep candy shop. Despite the dark overtones of her avocation, it is clear that Chris and her friends are caring and loving individuals, who go out of their way to help the few of the poverty-stricken, homeless, and wandering hordes who make it that far north. Indeed, Olson almost overstates Pollard’s liberal-minded normalcy, presumably so that no one can possibly pity this figure.

In his presentation we recognize, moreover, that Pollard is, in reality, a total insider, someone at ease in the world whose journeys into prisons are a trek to exotic locations outside of her everyday life and experiences. What may seem inside, accordingly, is suddenly reversed, and the very role prisons play, that of incarceration, is obliterated in her visitations.

The author makes this absolutely clear in the wonderful chapters devoted to Pollard’s visit to “the house of brutality and suicide,” a southern prison where mostly black prisoners, shackled together for work in chain gangs, are routinely beaten and tortured. Pollard tours this prison, housed in what was a former viscount’s mansion, with its curator, Hans Bonnefoy, the grandson of the viscount, discovering in its twisting and turning confines half dead men, rotting in their bloody wounds. But the kid has escaped from this seemingly impenetrable fortress as well, and now others have followed his lead; it is Pollard’s purpose to discover how these escapes have been accomplished.

In his novels, Olson’s characters have often bordered on being super-heroes (figures such as Jack Church in his Dorit in Lesbos and Billy in Write Letter to Billy immediately spring to mind), and here he reveals that Pollard is not only a clever analyst, but a master ninja who, donning black, invisibly joins the shadows as she stalks the prison cells to uncover the secret pattern of suicide and escape that pervades this bloody hall of horrors. She uncovers the method of escape, but in her newfound hatred of her role of would-be informer, comes to share the prisoners’ objective. She is only too ready to return to “normal” society and give up her job—in short, to escape.

As Olson soon reveals, however, there is no true escape to be found. Discovering a lump in her breast, Chris is imprisoned again, this time in a hospital where the surgeons’ knives remove both her breasts and radiation leaves her head permanently hairless, transforming her physical appearance into a figure close to the one which she has previously imitated. With this transformation, once again, the boundaries of in and out—is she more like a man now in or out of costume?—are crossed.

As in Olson’s other fictions, moreover, The Bitter Half is chock full of coincidence—and with an entire populace on the move, it is almost believable—culminating in the arrival on her farm of a young group of itinerants who propose being paid for performing circus tricks. Like a troupe of medieval performers out of Bergman’s The Seventh Seal, they preview their somewhat amateurish acts. Having previously postponed her annual gathering due to her illness, she takes on these acrobats, juggler and loquacious impresario as the centerpiece for a planned costume party. I won’t describe the numerous machinations of plot that weave together Bonnefoy, the kid’s sister, and dog Buck, with various other characters into this celebratory event. I have long ago stopped scoffing at such chance encounters. Like Dickens, Olson takes up the various strands of his tale and places them within Pollard’s confident hands. When a neighboring landowner, who had once hoped to marry Chris, shows up to the party dressed in drag and gracefully dances the night away with Bonnefoy, we hardly bat an eye! For the figures of this novel, we now perceive, all shift in and out—of prison, society, sexuality, love, and reality.

At fiction’s end, we await only the arrival of the kid, who—this time with Pollard’s unwitting help—has escaped once again. We can only hope that this is a final escape from the cold world in which he has so long been confined, that the kid will come home to sit in “the chair” Pollard’s body has promised him.

Reprinted from The American Book Review, XXVIII, no. 2 (January-February 2007).

Posted by Douglas Messerli at 8:37 AM