TRUTH-TELLING IN A WORLD OF LIES

Living in Marrakech’s medina, Spanish novelist Juan Goytisolo has published at least 15 works of fiction in English, and the most recent, The Garden of Secrets, like most of his preceding works, is in part an attack on the author’s native Spain and, in particular, on Franco and the fascists. Indeed, like James Joyce, Samuel Beckett, Thomas Bernhard and other great writers who lived in exile and often loathed their homelands, Goytisolo has spent most of his life attacking the values present and past of his own country. His most recent (and as yet untranslated) novel, Carajicomedia (A Cock-Eyed Comedy)—now a bestseller in Spain—attacks the Spanish Catholic Church and its ancillary secret society, Opus Dei. 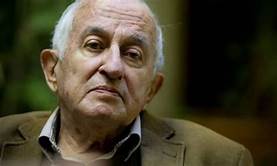 In part, Goytisolo’s literary warfare with Spain has much to do with the general Castilian oppression of the Catalan minority. As a recent interview with Goytisolo revealed, his Catalan mother’s parents were not permitted to speak to the family in their own language. His father, a chemical company executive, supported Franco and was later imprisoned by the Republications; his mother was killed by Franco’s bombs in Barcelona, the Catalonian capital, which, until 1939, remained the Loyalist center of the Spanish Civil War and was accordingly severely published by Franco and his forces. The young Goytisolo was forced into exile. Over the years, living in Paris, Morocco and elsewhere, Goytisolo came to be a passionate supporter of Arab culture, and in his novels and other writings he argues for the Spain of Moorish and Jewish roots. His struggles against fascism are not directed merely at the Franco past of his country but also against the Serbian nationalism of Slbodan Milosevic, the Russian treatment of the Chechens and Israeli relations with the Palestinians (his book El País, Landscape of War: From Sarajevo to Chechnya was published by City Lights Books last year). Once a supporter of Cuban Communism, he later disavowed his support after visits to that country in which he witnessed the oppression of the African and Asian cultures as well as of homosexuals. Moreover, Goytisolo’s own bisexuality, which he discusses in his two-volume autobiography, Forbidden Territory and Realm of Strife has led him to strong moral statements against sexual tyranny as well. He claims his true mentor to be Jean Genet.

All of these issues merge in The Garden of Secrets, which tells the fictional life of a Spanish poet named Eusebio—a homosexual friend of the great authors Federico García Lorca and Luis Cernuda—who is arrested by Franco’s forces and imprisoned in the military psychiatric center in Melilla at the beginning of the 1936 rebellion. But this is not an ordinary fictional biography, told in the third person. Like Orson Welles’ exploration of the life of Charles Foster Kane in Citizen Kane, Goytisolo’s is a Rashomon-like tale, with 28 tellers, one for each letter of the Arabic alphabet. Sitting in their garden, which one of the figures describes as “make-believe,” the Readers’ Circle meets for three weeks, each member telling his or her own version of stories about the mysterious poet, his arrest, escape and later life. Obviously, they are attracted by the rumors and myths surrounding Eusebio just as American readers have been attracted to figures like Charles Bukowski, Jack Kerouac and—in a previous generation—William Randolph Hearst.

Unlike Citizen Kane, however, Goytisolo supplies no Rosebud to draw his themes—his multifaceted version of reality—together. As in all the works of this great experimental writer, there is no single truth. Part of the joy of reading the novel, in fact, is in the various styles, from high poetic diction to the ribald language of sex films, as well as in the methods and genres that the members of the group employ. Some are highly factual, recounting Eusebio’s surprise arrest, his imprisonment and tortures; one teller extracts the supposed interrogation of the prisoner with regard to an inquiry into the sexual proclivities of the military leaders who imprisoned him. Some members of the group are of the belief that Eusebio, dressed as a woman, escaped to Morocco; others argue that he escaped through the intervention of his brother-in-law, an officer in the Fascist army. The story, popular with many members of the group, is that he fell under the sway of the Falange leaders Veremundo and Basilio, who engaged in all-male orgies in the army camp, and that he escaped through their help; one member of the “secret garden” even presents a film proposal—the manner of Luchino Visconti’s The Damned—of these sexual events.

One reader proposes that, after Eusebio’s escape, he lived with the everyday citizens of Marrakech as a servant to a woodcutter. Another suggests he became a religious man and is still seen as the holy man by some. Several argue that he involved himself with the wealthy Madame S., and one reader—in complete abandonment of the character—tells the story of Madame S.’s cook. Taking the subject in yet another direction, one woman reader, “just wild about novels and stories seething with colorful characters and awesome incident,” ends her investigation of Eusebio and tells a magical-realist tale of a man who transforms himself into a stork in order to spy on his wife and her lover. 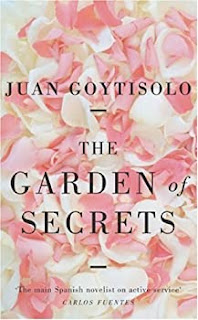 Later in the novel, others conflate Eusebio with bizarre figures such as Alphonse van Worden, a Polish aristocrat who lives with a Filipino lover, watches old movies night and day and dresses in drag. In bringing that name into his narrative, Goytisolo opens up a Chinese box-like association that is remarkably similar to the Polish count Jan Potocki’s The Saragossa Manuscript, and Arabian Nights-like fiction in which the hero, similarly named Alfonso von Worden, a young officer in the Spanish Walloon Guards, undergoes a number of tests to prove his courage and, at a castle of a mysterious magician, is told a series of sometimes contradictory stories not unlike those in Goytisolo’s own novel.

Several antithetical stories are told surrounding Goytisolo’s von Worden figure, whose outrageous behavior ends in his murder at his own doorstep. One of the members of the garden group gets booed off the floor for his academic rendering of his own arrival in Marrakech, which absolutely overflows with obscure Arab words and numerous scholarly footnotes.

The penultimate story is told, from the grave, by Eusebio himself, who pleads not so much for a reconsideration of his own portrayals—although he describes the Readers’ Circle as “a monster with repulsive heads”—but for better portraitures of his beloved sister and Madame S. But his arguments shed no more light on the matters than any of the other fictions the group has created. In their final act, the group creates the author himself, toying with several names (“Goitisolo,” “Goitizolo”) until they come upon the one they choose: “Goytisolo... Juan…Lackland, Landless, the Baptist, the Apostle”—all references to phrases and titles in Goytisolo’s other works.

Goytisolo’s tale is not just about a fictitious poet but also about the nature of storytelling and concerns the whole milieu of a culture that destroys men and women “in a climate of fanatic hysteria and persecution.” It is about a world that perceives homosexuality, for example, as “odious to God and his angels, responsible moreover, as in other ears for the fatal decadence of the nation, the ruination of Spain,” about a world that describes poems that do not praise God and the fatherland as the writing of “the perverts’ perineal muse, coarse sand-swept desert songs, demagogic hot air without the pulse of poetry, oozing plebeian pores, unnatural thrills, forbidden pleasures.”

Such a milieu is, quite obviously, something endured not just by Spain and Goytisolo’s Eusebio, but is suffered by those under any fascist or dictatorial rule throughout the centuries. And in this context, in which everything is turned on its head, there can be no truth. One cannot lay A beside B (or, in this novel’s case, “alif” beside “baa”) in order to create a synthesis if both realities begin in madness and are founded on the insanity of those seeking control over others’ lives. In Goytisolo’s world all the tales are true—or none.

In The Garden of Secrets Goytisolo has given us a beautifully written metaphor for what it means to seek out the truth in a world often dominated by lies.

Posted by Douglas Messerli at 8:32 AM