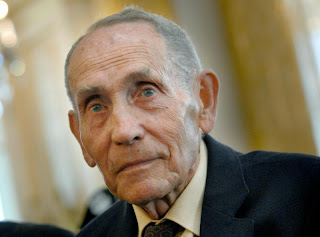 Bohin Manor is a thoroughly satisfying novel on whatever level one chooses to read it: as historical romance, political parable, "conceptual novel" (the phrase is the translator's), or the author's search for himself in his imagining of his family's past. As romantic adventure or nostalgic exercise in realism, Bohin Manor tells the story of the author's grandmother, Helena Konwicki, when she was a young woman obsessed with the idea that life was passing her by and was torn between an emotionally distant and vaguely distasteful count, who has proposed marriage, and a mysterious, wholly unacceptable Jewish admirer with whom she has an affair. Yet set in old Lithuania ten years after the failed Polish uprising of 1863—in which Helena's father participated and which has cost him the family estate and left him a religious eccentric—the novel suggests the truth of the observation that all Polish literature is unavoidably political.

In Bohin Manor, the repercussions of 1863 continue to affect not only every aspect of Helena's life but also, it is suggested, the state of modern Poland as well. Thus the novel quickly expands beyond "genre painting" into a meditation on history, a parable that finds the fate of twentieth-century Poland prefigured in the previous century, just as the monster Schicklgruber, said to lurk in the surrounding forests, prefigures Hitler (whose mother's maiden name the monster bears). Yet Bohin Manor cannot be read simply as history any more than as a family memoir because Konwicki is deeply aware of his story's fictionality.

Interrupting periodically to profess his ignorance of his historic grandmother and to confess to the effort this imaginative recuperation is costing him, Knowicki transforms the book into a questioning of the relation between memory and desire, the limits of genre, and the like: "...But why now, when I have outlived all my nearest relatives, when I am as old as they get, and can hardly wait for my hour, my own end to come, why do I pursue a ghost, a specter, the apparition of a young woman running through an ordinary August meadow toward an ordinary white manor house watched over by a solitary larch that was slowly changing into a golden torch [?]" The answer to this question is that the novel has been, in part, Konwicki's search for himself: a self as much the product of his national as of his familial past, as much the product of imagination as of history—and thus do the various strands of this complex novel come together.... [Brooke Horvath, The Review of Contemporary Fiction]
Posted by greenintegerblog at 10:50 AM