Review of Louis-Ferdinand Céline's Fable for Another Time, by Brian Evenson 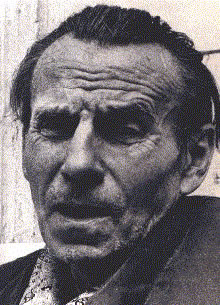 Reading Céline can be an odd experience: one is simultaneously drawn to his masterful and original style and, at times, particularly with some of his later work, disturbed by his reactionary politics. In Fable for Another Time Céline offers a story that cuts very close to his own life. The narrator, like Céline, is a man in prison, accused of collaboration with the Germans. Fable is his attempt to reveal the hypocrisy of his accusers, to justify himself, and finally, to move past the accusations and back into the literary world.

Mary Hudson offers a nimble English version of Fable’s original French, conveying Céline in all his thorny and questionable glory. Nevertheless, despite Fable’s deft linguistic turns, despite its many strengths from a stylistic perspective, it is much harder to set the question of Céline’s politics to one side here than it is with Céline’s other works, largely because Céline is continually thrusting the question into the reader’s face, suggesting that the reader too isn’t blameless. The novel is at once admirable and unsettling, yet at the same time, because of Céline’s obsessive circling around his imprisonment, oddly static. Though Fable is well worth the attention of those who have already read Céline’s other work, those coing to him for the first time might be better advised to begin with Journey to the End of Night or From Castle to Castle instead. [Brian Evenson, The Review of Contemporary Fiction]
Posted by greenintegerblog at 9:44 AM