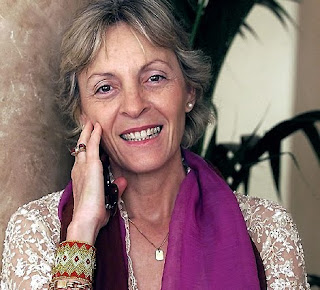 Bordeaux is the English translation of Soledad Puértolas's 1986 novel Burdeos. Several themes are at its core, each expressed in a separate section. "Pauline" revolves around the issue of judgment. "Entre-Deux-Mers" treats stagnation, and "The Capitals of the World" examines mobility. Character rather than plot predominates in this nonlinear narrative, with each section portraying the experiences of one of three individuals who belong to the same circle of acquaintances but never meet in the space of the novel. In "Pauline" the eponymous protagonist does not judge but simply gazes while the moral histories of others—Hélène Dufour, Rose Fouquet, Florence Clement, and several servants, Madeleine, Gracielle, and Claude—pass before her eyes. Maracel, Pauline's father, an avid reader of Montaigne, the philosopher for whom doubt was essential and judgment deadly, becomes an observer of human behavior yet fails to see beyond his own judging eyes.

His daughter, to her credit, learns not to judge but sinks nevertheless into a bog of indifference. As if in a dream, Pauline watches as people she hardly knows pass through her field of vision. On one particular day, her purse holds a number of items vital to others: letters used for blackmail, a train ticket, and money to pay off the blackmailer. But Pauline, on the courier, never learns the outcome of the intrigue. René Dufour, the son of Pauline's best friend Hélène Dufour, is the weak-willed protagonist of "Entre-Deux-Mers."

When Hélène abandons her husband and young son to marry an American millionaire, René flounders for the next two decades, moving indifferently from one place to the next, one girlfriend to the next. He takes a serious interest in nothing and no one until he meets Bianca, a new mother—perhaps in the double sense of the phrase—who becomes his first sexual partner and for whom he steals a large sum of money from his father. Neither his own mother nor Bianca, however, is able to fill the void in René's life. Only when his father steps aside, leaving René to manage the family winery, does his life acquire direction. The pace of the narrative picks up notably in "The Capitals of the World," as the author begins virtually to bombard the reader with thematic material.

Every other sentence underscores the anonymity of human existence, the failure of individuals to penetrate the lives of others. The American-born Lillian Skalnick, Hélène's stepdaughter, takes a whirlwind tour of Europe, skimming the surfaces of a number of French, Spanish, and Italian cities. She is an attractive, intelligent woman, and several men attempt to draw her into their lives. She always slips away but garners something from each encounter. "General truths like at the bottom of all behavior," she maintains. And, indeed, Lillian rises to the occasion of life more successfully than does either Pauline or René. What are the general truths taught by the characters of Bordeaux? although the author does not provide a precise answer, perhaps she offers a hint with the novel's title: a city, symbolic of modern reality, star and desolate like the Edward Hopper painting Rome by the Sea, which is featured on the book's cover.

The reader must ultimately ask and answer the question: what is Bordeaux? A fine wine, like the one Pauline receives in payment for her services: "That dark red liquid, full of light, of shadows and tints, conferr[ing] a sense of security and risk...its flavor [like] nothing else"? Or is it a town? Or, more obliquely, an often-cited example of metonymy? The last of these is particularly instructive, since the lives recounted in Bordeaux function according to the principle of proximity rather than commonality, which seems, to me at least, to be the general truth contained in Bordeaux's "permanent bustle." Bordeaux is an outstanding novel, and Francisca González-Arias's translation does it justice. I recommend it to all fiction enthusiasts. [Kay Pritchett, World Literature Today]
Posted by greenintegerblog at 11:05 AM