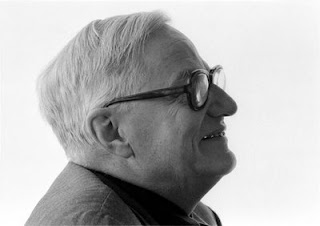 ...Part murder mystery, part social criticism, Scherfig's satiric look at that sector of the Danish school system responsible for educating the country's elite—its future doctors, ministers, teachers—begins with the poisoning of a Latin teacher at a fictional version of Copenhagen's prestigious Metropolitanskole. Although the murder generates a fair amount of suspense, it is not Scherfig's principal narrative interest (the murderer is revealed forty pages before the end), and the plot quickly turns to the twenty-fifth reunion of a group of former classmates.

At this celebration, wine and cognac soon inspire absurdly fulsome encomia to "those sunlit, happy, good childhood days," tributes that act like an incantation to transport us back to those days (where the novel lingers in meticulous and wholly satisfying detail for 125 of its 183 pages) to give the lie to all nostalgic recollections casting a golden glow over the leaden days of academic adolescence. And if the author's realistic account of the lives of his "little learned men" is often comic, Stolen Spring is not, as Scherfig later explained, "a humorous novel, as some people think. It is a tragic book. It is an account of the stunting of human beings...a criticism of society." Or as the narrator remarks on graduation day, "So [the students] finally made it after all. Everything comes to an end. Even Thygesen, who has been delayed a year, will probably make it.

And someday they'll have to die too, and it will be too bad if they missed living in the meantime." As with Scherfig's The Missing Bureaucrat, society is the target, then, of the author's satire with the school system both cause and symptom of larger social evils, a microcosm of perverted and perverting values in action. Thus, for instance, while the teachers "discuss individual pupils' rank and economic status, and who and what their parents are," the students learn that "everything is in the future. Everything is preparation and practice. And if you are in love with a girl, you have to wait until you've become something." In the Metropolitanskole, children become both victims and, in a desperate effort to interject some fun into their lives and to salvage their self-esteem, victimizers—of each other and of their oppressors.

The teachers provide only negative role models, being almost invariably failures nursing grudges and keen to exercise what little power they have to the fullest.... Nor do the students' parents fare much better here, driving their children toward "success" using the goads of guilt and shame. In such conditions, true education must of course suffer—"There are many books they would like to read, but that's not possible. It would crowd out the things that have to be remembered. They cannot afford the luxury of personal interests"—though socialization into a set of elitist distinctions succeeds admirably.... In the end, and we return to Scherfig's primary message, the boys "all become something. But they haven't become what they really wanted to be." [Brooke K. Horvath, The Review of Contemporary Fiction]
Posted by greenintegerblog at 8:40 AM