Review of Skvorecky's The End of Lieutenant Boruvka, by Brooke Horvath 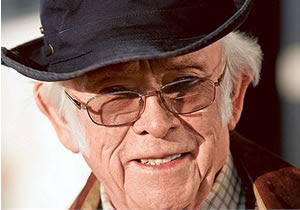 [This] collection brings to a close the series of detections begun in The Mournful Demeanor of Lieutenant Boruvka and continued in Sins for Father Knox. The present volume also returns the harried, affable lieutenant to center stage (with the charming Eve Adam of Sins this time making cameo appearances in the opening and closing tales)—only to polish him off (professionally) by the book's end.

It is a regrettable loss but entirely appropriate to Skvorecky's purposes here, for unlike the playful Sins for Father Knox and despite its surface banter, The End of Lieutenant Boruvka is bittersweet and committed to making serious political points. In six stories based upon actual cases handled by the Czech police (the criminal branch) in the days just before and after Prague Spring, Skvorecky intends to give us, as he says in his author's note, a look at "the events of the year 1968 and their consequences" through the eyes not of the intellectual-as-hero but of "a simple man."

What he shows us is a country haunted by the "other" place, where facts are a function of ideology and the greatest crime is not a murder but wanting to leave, where powerful party puppets succeed through toadyism while spying Zionists and Marxist backsliders behind every crime and misdemeanor, and where an honest man like Boruvka finds himself pulled from cases whose solutions would prove politically embarrassing.

Confronted at every other turn by cover-ups and revelations of the secret privileges enjoyed by egalitarian Czechoslovakia's "more equal" comrades, driven by personal concerns (his unreasonable daughter wishes to join her husband in America), Boruvka eventually finds that the only alternative to sins against the heart are crimes against the state. In each (to my mind) baffling case, the criminals turn out to be ideologically the least suspect: Soviet troops of the "Fraternal Armies" of the '68 intervention, party members and those with connections "high up," and "exemplary" working-class heroes. Yet it is the victims one must feel for, and Boruvka tops that list, for in a world of two-dimensional cartoon figures he almost alone stands forth as a human being with a private life and its attendant woes and satisfactions. That there is no place finally in the Czech system of which his is a representative public figure for such a man as Boruvka may be Skvorecky's most telling criticism.... [Brooke K. Horvath, The Review of Contemporary Fiction]
Posted by greenintegerblog at 7:46 AM