Review of Tusquets' Never to Return, by Brian Evenson 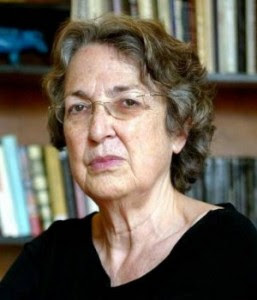 Though described on its jacket as a "woman's inner journey to understanding through her encounter with Freudian psychoanalysis," there is nothing facile or pat about Barcelona writer Esther Tusquets's Never to Return. Indeed, this is a complex novel which takes on a woman's encounter with analysis (both psycho- and self-) with a seriousness and stylistic deftness that leaves the complexity intact by book's end. Never to Return focuses on a moment in middle-aged Elena's life. Her filmmaker husband has left for a celebration in New York, perhaps in the company of a young girl, while Elena remains behind combating depression and continuing sessions with a Lacanian therapist. The book breathes back and forth between therapy sessions, her life outside, and her past, showing the way in which all three are codependent and interrelated. The stylistic strength of the book lies in Tusquet's ability to weave textured, multiclaused, sinuous sentences, many of them several pages long. In the place of traditional and discreet paragraphs, Tusquets generally prefers long blocks of text that seethe with different concerns and situations—that capture, in a combination of thought and discourse, Elena's image of herself. Retracting, restating, asserting, withdrawing, above all talking, her contradiction and discrepancy. Impressive is Tusquets's refusal either to dismiss or to blindly accept psychoanalysis; her critique of Lacanian therapy is at once intensive and acerbic, yet not blind to the therapy's potential strengths. Strong as a progression of ideas, as a stylistic object, and as an extension/critique of psychoanalysis, Never to Return is a powerful corrective to the American desire for the quick fix, the easy solution. [Brian Evenson, The Review of Contemporary Fiction]
Posted by greenintegerblog at 9:15 AM