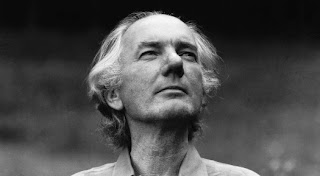 
American writers (and artists), particularly poets, often complain that their communities are viciously divided, and decry the fact that at the center of their art is great deal of vicious commentary, particularly between different literary sensibilities. My reaction to the various attacks from one front or another has always been a simple acceptance of the fact—although I have seldom willfully contributed to these assaults. Why shouldn’t a poet or fiction writer, if she or he is truly committed to art and his perception of what art consists of, feel a sense of affront by those who do not have that same commitment? If art matters, so does the territory; all writing (or art) is necessarily not equal, unless one doesn’t truly care about that art.


In Thomas Bernhard’s 1984 fiction, Holzfällen, moreover, we perceive that the feeling of disgust by some writers for others is not just an American phenomenon, but if we are to take the voice of Bernhard’s narrator as an example, perhaps even more virulently experienced in Austria. And, unless we are somehow involved in that scene, the petty hatreds and disgust (amounting almost to nausea) felt by the central character makes for great fun, as he cattily attacks his fellow dinner partners gathered together in Vienna’s Gentgasse for what the hosts, the detested Auersbergers, have described as “an artistic dinner.” For Bernhard’s Viennese counterparts, some of whom recognized themselves in his satiric attacks, the presentation of their failures, however, was not at all “fun,” one going so far to sue the author and preventing his book from sale.


There is certainly no question that Bernhard, bearing a close relationship to the narrator, presents a devastating portrait of his fellow artists—writers, musicians, tapestry weavers, dancers, actors, and just plain hangers-on. The drubbing they receive and the recounting of the narrator’s intimate relationships with many of these figures is almost maniacal as he recounts over and over how he came to know each figure, what role they played in his life, and how they ultimately came to be the truly “hated” figures he regurgitates up before us. Bernhard’s book, in short, is precisely as its title suggests—at least in the German—a wood-cutting exercise, Holzfällen suggesting in the original not just the noun “woodcutters,” but the verbal construction of a critical denunciation.


Bernhard’s narrator, having himself suffered an emotional breakdown and, consequently, spending a period in a mental hospital, has a great deal in common with the author, and the major event of the day of the “artistic dinner” is a graveside ceremony for the narrator’s friend, Joana, upon her having committed suicide at her childhood home in Kilb, is similar in some ways to Bernhard’s own reported suicide in Upper Austria only five years after publishing this fiction. The reader, accordingly, recognizes the narrator’s attacks as highly personal and, at times, nearly hysterical, as the character admits that for years he has gone out of his way to steer clear of his old friends from the 1950s and early 1960s upon his return to Vienna from years abroad. But even if the narrator did not admit to these personal vendettas—which, in fact, lay at the heart of this fiction—the reader would be forced to recognize the subjectivity of the narrator simply by the grammatical structures and intense repetition of his sentences. Each attack on his hosts and their guests, particularly the Austrian Virginia Woolf, Jeannie Billroth, and the Austrian Marianne Moore and Gertrude Stein (in my mind, two diametrically opposed figures), Anna Schreker, is repeated over and again in detail, with each foray the narrator adding a bit of new information, that we soon recognize the separated figure sitting, as he tells us dozens and dozens of times in the narrative, in a wing-tip chair, is clearly obsessed with these beings.


As well he might be, given the fact that as a young man he was pulled into artistic and sexual relationships with nearly all the central players, including his hostess—a woman from a wealthy bourgeois family who uses her money to help buy her and her husband’s way into the cultural scene—he, a composer “in the Webern tradition”—along with the Austrian Virginia Woolf, the Austrian Marianne Moore and Gertrude Stein, and the talentless Joana who spent her life transforming her tapestry-maker husband into a world-renown artist who bolts to Mexico just as he reaches the pinnacle of his profession.


While the narrator may seem utterly ruthless in his attacks, quite viciously recounting the demise of each of these figures, now unable to even tolerate them for their abandonment of whatever they might have had of any talent, he somewhat redeems himself by being as brutally honest about himself, admitting how they each helped mold him into the artist he is today while also attempting, in a Tennessee Williams-like metaphor, to emotionally and spiritually “devour” him, equating it to the way all of Austrian culture grinds down its most talented young artists. The Auersbergers have used him sexually to “help save their marriage,” Jeannie has taken him in as a kind of devotee of her artistic endeavors, Joana has created a relationship with him to help her develop her failed career as a dancer/actress. In order to survive, he proclaims, he has had to abandon them, while they have vilified him to all their acquaintances for that very abandonment, Joana perhaps even through her death expressing her sorrow in her loss of her once dear friend. So while the narrator may seem to be selfishly satisfied with his tale of his friend’s immense failings, he is equally brutal about his own hypocrisies, and praises the talents they once possessed—including Herr Auersberger’s musical abilities, his wife’s singing talents, and even Jeannie’s early devotion to literature before she sold out to the State officials who award stipends and literary prizes, one of which the Austrian Marianne Moore and Gertrude Stein has just been recipient.


At the center of the “artistic dinner” is a third-rate actor playing Eckdal in the Burgtheater’s production of Ibsen’s The Wild Duck., who, when he finally arrives well after midnight, shifts the narrative to a comic realization of just the boorish “artistic” conversations against which the narrator has been railing. Most of his commentaries are ridiculous statements of the difficulty of the actor’s life, criticizing nearly everyone—directors, writers, fellow actors and the theater itself, while exalting his own innumerable talents. When Jeannie Billbroth attempts to turn the conversation upon herself, however, at first vaguely, but, as the actor himself puts it, later “tastelessly” posing provocative questions, the actor turns from performing as a simple ham, endlessly recounting tales he has told dozens of times, to a kind of outraged philosopher, lambasting “the Austrian Virginia Woolf” for rude impertinence, lashing out against her obvious attempts to put down anything of value. In short, he voices just the criticisms that the narrator has privately held yet, hypocritically, failed to publically express. For the aging actor, his desires are for a kind of return to nature—what anyone who has read Austrian fiction realizes is at the very center of that country’s romantic ties to a kind of peasant simplicity—a world of “the forest, the virgin forest, the life of a woodcutter,” perhaps Bernhard’s ironic condemnation of the culture’s (as well as the narrator’s) own self-destructive desires.


Indeed, Bernhard’s narrator, ultimately, does not come off much better than the devouring dead folk of his memories, as he waits until everyone has left, kissing the forehead of his hostess, and murmuring wishes that he might have heard her sing, while promising another visit—all of his actions and words representing more hypocritical mendacity. Or perhaps they do represent a kind of truth, as he goes racing down the stairs like he were still in his 20s, running away from his current home toward the city, determined to write down everything he has just suffered “at once…now—at once, at once, before it’s too late,” while at the same time admitting that as much as he hates these people and Vienna, he, just like the Burgtheater actor, loves them and the city:

an admission that almost instructively contradicts his deep hatred of all he has just recounted to us.


In this sense, finally, Bernhard’s Woodcutters is not just a critical attack; while it is that, it is also an intense dialogue with the narrator’s self over his and his society’s failures, a public airing of his and his compatriot’s laundry, so to speak. And so the fiction is transformed into a kind of loving portrait of a failed world, the world which, after all, all artists are forced to encounter, endure, and write about: never an easy task.