something to be touched

In what I believe is his 17th work of fiction to date—two works of which, Relation of My Imprisonment and Family Life, I originally published—US novelist Russell Banks, has created a long humanist-based investigation into our society’s attitudes toward sexuality and its often hypocritical views of what we define or perceive as sexual predators. Yet the work extends into far more complex metaphysical issues concerning questions of what is truth and what is a person’s life story. 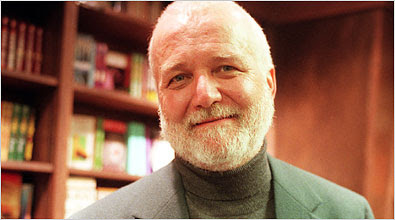 Having been paid for his services with a substantial amount of money, The Kid now reveals a deeper aspect of his being, having to face the moral dilemmas of returning the money—wanting no gains from a man who might have participated in these horrendous acts—or to accept the $10,000 cash, allowing him to continue to feed his old dog and eccentric parrot and himself survive for an indefinite period of time. Finally, it depends on what The Kid wants to believe, whether he can make a leap of faith or will return to the cynicism of his self-protective past.
When The Kid finally discovers that the Dr. Hoo of the emails committed suicide by gunpoint years earlier, he accepts the Professor’s own depiction of reality, which, in turn, permits him finally to begin to perceive himself as a real human being with a third dimension, a moral conscience which has a reality and standing in the world. Returning to the Causeway, The Kid now perceives himself as “guilty,” as a man who has made wrong choices, and he is determined to create a different, more substantial self, while the authorial stand-in moves in with Bank's warmest character, the Professor's librarian wife, Gloria.
Banks’ issues are profound moral American dilemmas that have no easy answers. At times, for my taste, the author moves too closely to correct thinking, arguing simplistically for the psychological motivations of his figures relating to their lack of self-worth and other societal deficiencies. In his disapproval of the internet addiction of too many children and adults, Banks even goes so far as to suggest that our society, in its endless fascination with the internet and pornography, is being transformed into a world of two dimensional beings—to my thinking a kind clichéd vision, a presumption that “pornography” is necessarily at the center of an horrific cultural transformation. In truth, pornography, in one form or another, has been always there. The issues Banks brings forward, however, are important ones, worthy of being thought about with the greatest of subtlety without religious and moral prejudice. And overall, Banks has gone further in helping US readers than most writers to begin to recognize these important issues concerning what to do with people who sexually and socially “cross the line,” Banks suggesting that there may a way to bring them back into society instead of pretending to exterminate them by continued imprisonment or damning them to outcast, leper-like colonies. Despite his recognition of “guilt,” The Kid, is still more innocent at fiction's end than most of us, and is also one of us. Instead of being cast out of our midst should perhaps he should be carefully embraced, something that might have made  him years earlier come to understand that he had a body, that his skin was something not only be pulled upon, but is to be warmly and lovingly touched.