Douglas Messerli | The Writer's Other Self (on Dezső Kosztolányi's Kornél Esti)


the writer's other self

This 1933 classic Hungarian fiction begins with the author's comments about a supposed friend, Kornél Esti, a boy from his childhood, who, in opposition to the author's decorous and often unadventurous behavior, relentlessly challenged his friend to take chances, racked up debts for which the author was often charged—the two are often confused and apparently even look alike— and behaved generally in a way that caused the narrator to break off their relationship. Yet years later the two encounter one another again and strike up a new friendship in which together they write a book based on Esti's fabulous adventures, the very book the reader holds in his hands. Of course, the reader quickly recognizes this relationship as a convenient "dopplegänger," which permits the author to tell stories about himself that he might not dare otherwise reveal. 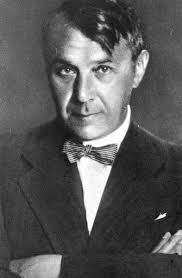 Strangely, however, once the tales get underway, Esti, we perceive, is not all the scandalously misbehaving creature that he has been depicted to be  in the first chapter, and basically the author, Dezső Kosztolányi, disappears into authorial objectivity as Esti's life is gradually revealed in the first or third person throughout. While the publisher and others quoted on the back cover refer to this book as a novel, it might be more accurately described as a series of loosely connected stories, a kind of relaxed picaresque that in portraying Esti's travels and adventures portrays Hungarian culture from a humorous perspective.
If Esti seems all-knowing and a bit of a cad in Kosztolányi's first chapter, he is soon revealed as an utter innocent, a proper and almost prudish young man. In an early tale he is forced to endure a railroad trip in a car with a mother and daughter, the latter of whom, a plain and simple looking child, pretends to sleep so Esti that himself will doze as well, at which point she mischievously plants a kiss upon his lips. Throughout she makes lewd gestures, while the mother politely looks on. She is, we discover, insane, and will eventually have to be institutionalized. What is hilarious about this story, is that Esti, far from being the man-of-the-world as he been portrayed, is both a prude and, we soon discover, a sentimentalist who becomes highly affected by the young girl's behavior. In Venice he don's a bathing suit and gradually wades into the water:

Then in flung his body, arms outstretched, into the pearly
blueness, at last to be united with it. He no longer feared
anything. He knew that after this no great harm could come
to him. That kiss and that journey had consecrated him for
something.

The contradictory nature of this story matches the pattern of most of the works in the fiction. In the very next story, the author moves closer to a kind satiric philosophical tale as Esti and a friend visit a town where everyone is painfully honest, going out of their way to tell the truth. The citizens of this town do not speak to one another unless they truly want to, a beggar carries a card saying: I am not blind. I only wear dark glasses in summer. A shoe store announces Crippling shoes. Corns and abscesses guaranteed. Several customer's feet amputated. In trying to comprehend this seemingly self-destructive behavior the friend discovers that by going out of their way to suggest the worst, the citizens discover that things are never as bad as they suspect, and, accordingly, find everything far more pleasant than they might in a city where proclaims that everything is perfect, which, of course, is all lies.
In another tale, Esti comes into to a rather large inheritance, but as an aspiring writer he dare not reveal his good fortune, fearing that it would end his career and he might lose his struggling friends. Consequently, while putting away just enough to survive a meager life for a few years, he attempts to give it away to strangers, slipping money into books, coats, and even—in a kind of reverse of pickpocketing—into the pockets and billfolds of people on buses and trams. Ironically, he is arrested when a recipient is convinced that he has stolen something from him.
It is this kind irony that permeates the book and perhaps best characterizes the author's style. In another story, Esti attempts, while traveling through Bulgaria—speaking a language in which he knows only one or two words—to carry on a long conversation with a train conductor without the other ever suspecting that he does comprehend the conversation. Through the use of "yes" and "no," tonal differences, head and hand movements and patient listening, he succeeds in befriending and, later, offending the conductor, bringing him even to tears. Another "yes" restores their close friendship.
While swimming in a river, Esti is nearly drowned, surviving only because a young man rushes in to pull him out. Beholden to his savior he offers to become a life-time friend. But when the boring young man moves in with him, revealing a greater interest in theater magazines and the women they portray than in serious ideas, Esti becomes disgusted with his savior and fearful that he will never be able rid himself of the pest. One night, as they pass not far from the spot from where he has been saved, the elder pushes the young man into the river.
Sought out for of a contribution, Esti becomes a benefactor to a woman and her suffering family. He helps the woman get a newspaper kiosk, and places her tubercular daughter in a hospital. The more he does for the family, however, the worse off their lives become. Finally, her son dies, the daughter grows more ill, and the mother, attempting to care for them, gives up her kiosk. As the old woman tells her sad story, Esti runs away from her, begging her to stop!
Perhaps the funniest satire in the volume concerns Esti's studies in Germany, where he discovers a university president who falls peaceably asleep whenever one of the professors begins a speech, waking up precisely at each speech's conclusion. Kosztolányi takes his humor even further when, during summer break, the president becomes an insomniac, nearly dying for lack of rest.
The last tale, in which Esti can hardly cling on to an overstuffed subway, might be said to be an allegory of his life. Gradually, through pushes and pulls, he makes his way further and further into the car, finally finding a small slot in which can sit. Disgusted by most of the humanity around him, he finds joy in the face of a poor working woman, and ultimately feels some comfort in the trip only to have the conductor call out: "Terminus."
Despite the publisher's enthusiasms, I cannot describe this work as a "masterpiece," but it is, nonetheless, an enjoyable series of ironic musings that nicely alternate between the comic and the tragic, the everyday and the bizarre.