re-righting the story
by Douglas Messerli

Upon the death of play- and screen-writer Horton Foote in 2009, I revisited three films for which he had written the screenplays, the first of which was the noted film, based on Harper Lee’s famed novel, To Kill a Mockingbird. While admitting that I enjoyed the fiction when I first read it as a 16-year-old in Norway and that the movie is one I have seen, with joy, numerous times, seeing that film again and rereading Lee’s novel, I had a negative response this time round, particularly given the fact that, despite all the good intentions of the obviously high-minded and well-meaning Atticus Finch, nothing in the world of Scout and Jem really changes. As I wrote in 2009:


Given the events of both film and novel…despite any moral
lessons and perceptions gleaned by the Finch children and the
audiences of the movie and book, the world to which Jem
will awaken in the morning (the familiar last lines of both
being the adult Scout’s words about her father: “He turned
out the light and went into Jem’s room. He would be there all
night, and we would be there when Jem waked up in the
morning.”) is no better than the one in which he was nearly
killed that night. Atticus Finch may represent a hero, but his
actions in such an isolate world in which the Finch’s exist, have
little effect. And in that respect the work embraces the status
quo, and the moral indignation of the readers of Lee’s classic
and the viewers of the Mulligan/Foote adaptation can only
represent a kind of righteous pat on the liberal back.

As I noted a bit earlier in my essay, concerning the sheriff’s argument that they should keep secret Boo Radley’s involvement in the murder of the evil Bob Ewell:
Frankly, given the outcome of Tom Robinson’s trial, we may
find it hard to imagine that the “good” ladies of Maycomb
would award the murderer of Bob Ewell, who has convinced
their kind that his daughter has been raped by a black man.
Is it any wonder then that Tom Robinson, despite Atticus’ advice
to “not lose faith,” runs “like  a rabbit” to escape the police.
The fact that he is shot and killed, despite the deputy’s
proclamation that he meant just to wound him, is, perhaps,
given the racists attitudes of the community, inevitable.

In short, this time reading through the book and reviewing the film, I discerned that despite Gregory Peck’s impeccable acting skills, and the lovely nostalgia and romanticized literary writing of Lee, there was something empty about the book, as if, for all its good intentions, we were being asked to sentimentally align ourselves with this obviously beloved but also somewhat sanctimonious small-town Alabama lawyer. Although I didn’t directly speak it, I truly felt that the book almost all high school children throughout the country were required to read, was somehow, if not an not an outright lie, at least a kind of fantasy that embraced the Southern values of the racial status quo. 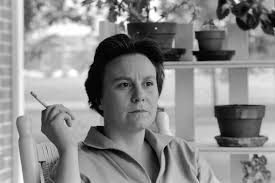 I recognized that my new perspective was clearly controversial, and many of my friends, including my spouse Howard, snorted at my stubborn insistence that the nobility of Atticus Finch didn’t ring true.


Having just now finished Lee’s fiction Go Set a Watchman, the work she originally wrote before being encouraged by her then-editor Tay Hohoff to recast it as the very different To Kill a Mockingbird, that I was absolutely right! Hohoff may have been an excellent editor, and surely she knew how to turn a difficult and more complex work into a more populist and appealing bestseller, but I would have, as an editor who has worked with hundreds of brilliant writers, politely asked Miss Lee to change her title and promptly published her book just as she had written it—with maybe just a minor tweaking of the debate between Jean Louse (the adult Scott) and her father near the end of this “new” work. Thus, we might have lost the beloved classic, but certainly had a more honest piece of writing about race, sex, and familial relations than the creaky theatrics of Mockingbird. 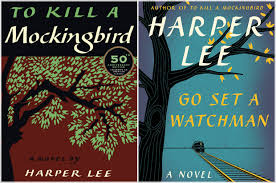