closed out of inclusion
by Douglas Messerli

Marjorie Perloff Edge of Irony: Modernism in the Shadow of the Habsburg Empire (Chicago: University of Chicago Press, 2016).
In her newest critical work Marjorie Perloff, as she did a few years back in her autobiographical study, The Vienna Paradox, again hones in on her Austrian roots; but this time her focus is not on family—although her grandfather, Richard Schüller, pre-World War I Austrian Sektionschef for commerce, does make a brief appearance—but is an intense study of the transition after World War I from the former Habsburg Empire to the small country of today’s Austria. 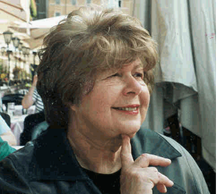 The former Empire, Perloff makes clear, while providing a solid German-language education to its citizens, was a multi-lingual world with a wide-range of languages; accordingly the writers we now perceive as some of the most noted German-language figures of the century—Perloff centers her study on Karl Krauss, Joseph Roth, Robert Musil, Elias Canetti, Paul Celan, and, as a “coda” Ludwig von Wittgenstein—spoke several languages, coming as they did from the far corners of that empire, none of them born or raised in Vienna. What these writers have in common, the author makes clear, is a sophisticated education within a multi-cultural perspective that allowed for intellectual perceptions that, in their erotic, linguistic, and, most importantly, ironic viewpoints, were far different from the more analytical and political concerns of authors of the German Weimar Republic. As Perloff expresses it:


Weimar was the workshop for radical ideas, from Marxist theory

to Heidegger’s ontological exploration of being-in-the-world to
the film theory of Kracauer, Rudolf Arnheim, and Benjamin himself.
But that is not to say that Austro-Modernism, from Freud and
Wittgenstein and Kraus, to Musil and Roth, to Celan and Bachmann,
is to be understood as a weaker version of the strong intellectual
formation of the Weimer Republic. It was merely different. Given
the particular situation of the Habsburg Empire and its dis-
solution, given the eastern (and largely Jewish) origins of its
writers, it developed in another direction, its hallmark being a
profound skepticism about the power of government—any gov-
ernment or, for that matter, economic system—to reform human
life. In Austro-Modernist fiction and poetry, irony—an irony linked
less to satire (which posits the possibility for reform) than to a sense
of the absurd—is thus the dominant mode. The writer’s situation is
perceived not as a mandate for change—change that is always, for
the Austrians, under suspicion—but as an urgent opportunity for
for probing analysis of fundamental desires and principles.


The writers she explores, all assimilated Jews (some of whom were even anti-Semitic) had been given, no matter whether they grew up in Czernowitz in Bukovina (later Romania, now part of Ukraine), Brody in the former Galicia (later part of Poland, now Ukraine), Brno (now the Czech Republic), Ruse (now in Bulgaria), or even as a London schoolboy, were classically educated in the German tradition; but their rich cultural backgrounds, along with their sudden sense of exile after World War I, made them far different writers than those who came of age in Germany itself, producing what Perloff hints, and I would more forcibly argue, a richer and denser, and certainly far more erotic sense of experience. 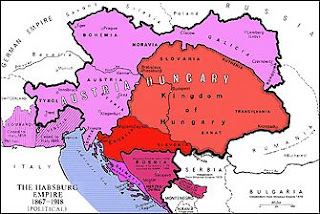 These writers’ works may often seem, on the surface, less experimental than the European Dada, Futurist, and Surrealist writers; Kraus, Perloff argues, was often an early conceptualist, using (a bit like the American writer John Dos Passos) found materials; both Musil and Roth created highly plotted fictions whose stories interwove characters and events that, sometimes like musical symphonies, repeated and reiterated literary themes; Canetti used the autobiographical form to explore his literary concerns; Celan, in an argument by Perloff which surely might raise some hackles, wrote several of what she describes as “love poems” (she also offers us her own translations, which are fascinating for rendering his often clotted poems in translation much more clearly); and the philosopher Wittgenstein who, as we know, did not so much postulate philosophical concepts as question and challenge ideas in his notebooks, dialogues, and propositions.
Perloff engages us in separate chapters on every one of these important writers, exploring their differences in terms of their cultural Habsburg Empire backgrounds rather than the more standard approaches of their religious or other later national identities. It is important, the critic reminds us, to comprehend even Kafka’s work in the context of the Empire, rather than simply describing him as a German language Czech fabulist and absurdist.
Although Perloff is clearly better on writing about Kraus, Roth, Canetti, and Wittgenstein (on whom she previously devoted an entire book in Wittgenstein’s Ladder) than the always difficult and encyclopedic Musil—I’m convinced it is nearly impossible to write a simple essay on Musil’s vast and unfinished fiction which, like Proust, simply is best read than talked about—and the word-packed Celan (Perloff, to give her credit, does perceive him as a dense Holocaust poet, but simply features his not as dense love poems), all of her insights are memorable, and, to me, explain why I myself have always preferred Austrian literature (including pre-World War I writers such as Arthur Schnitzler, as well as post-World War II writers such as Heimito von Doderer,  Albert-Paris Gütersloh, Ingeborg Bachmann (to whom a great many of Celan’s poems were written), Thomas Bernhard, and Peter Handke—many of whom I have published and also written about--as opposed to Bertolt Brecht, Heinrich and Thomas Mann, Günter Grass, Heinrich Böll and other Germans.
Obviously, one doesn’t need to state a preference for one group of German-language authors over another, since all of these are important figures in world literature (and I have also more recently published a great many former East German poets, who wrote out of their own sense of exile). It is simply that the post-Habsburg world of desire and ironic loss is, for me, far more appealing. And thanks to Perloff’s brilliant new study, I now understand why.

Posted by Douglas Messerli at 7:08 AM No comments: